BTS’s J-Hope talked about the history behind his new track and how much it means to him!

On September 27, J-Hope released the song “Chicken Noodle Soup” featuring American singer Becky G. That evening, he came on Naver’s V Live to chat with fans about the song.

“This track has been around for a while,” shared J-Hope. “I’ve been working on it for a long time. When I was working on ‘Hope World,’ this song was going to be a b-side on it. Also there was another artist I was going to do it with, but it didn’t work out so I ended up releasing ‘Hope World’ while feeling a bit sad about this song.”

“I kept thinking about this song, I really wished I could have released it,” he continued. “I thought it was a track that can really express who I am. You know how ‘Hope World’ contains a lot of my own color—I did what I wanted to do. And ‘Chicken Noodle Soup’ is the kind of music I wanted to do too, and I kept feeling sorrow over it.”

J-Hope shared that the song stayed on his mind and he talked to the staff at their agency about finding another artist, as well as edited the track a few times. He expressed that he’s happy that it’s finally out and said it’s particularly meaningful for him.

J-Hope also talked about how the original song “Chicken Noodle Soup” by Webstar and Young B is a track that he danced to when he was first learning to dance. As “Hope World” was a mixtape that would express himself, he’d hoped that “Chicken Noodle Soup” would be a way for him to talk about dancing on the album.

When asked to share more about the song, J-Hope said, “After thinking about it for a while, I really got working on it around the time before the Billboard Music Awards.” He shared that he found Becky G to be really great, describing her as very kind and professional. “I kept thinking it was a good decision to collaborate with her,” he said. 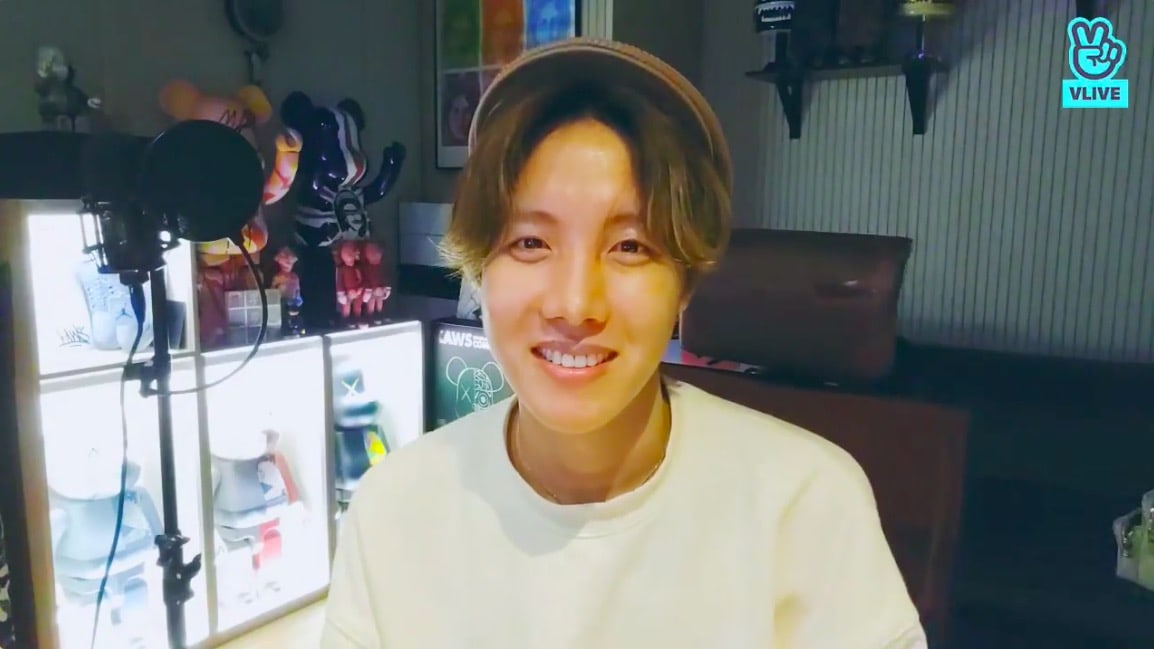 J-Hope also explained that when he’d first sent the song to Becky G, she’d expressed that she wanted to do it and said she’d also listened to the original song when she was younger, which made him think they’d be a great fit. After already talking about it before the award show, they met at the Billboard Music Awards and got to say hello in person.

J-Hope laughed and said, “It was really awkward. I didn’t know what to say. After we talked for a bit, RM came over and I introduced him as our leader. The members came over and we took a photo together, and then she left. But after meeting with her, I was so regretful because I wasn’t able to communicate well with her. I was worried and I said, ‘I don’t think Becky G is going to collaborate with me.'” He laughed again and said he’d been really worried.

However, it all worked out, as he found that after the BBMAs, Becky G was very enthusiastic. “I think the song ‘Chicken Noodle Soup’ must have been very meaningful for Becky G too,” he said, explaining that she’d said she would work on the arrangement. “To be honest, I was a little anxious,” he said and commented that Becky G had been very busy and he’d worried when he didn’t receive the song that maybe this time the collaboration would fall through again.

“But as soon as she finished what was on her schedule, she sent it,” he said. He also shared that he was surprised when they started talking about doing a music video, as he would have been satisfied with just the song on its own. “I was really worried once we said we’d do a music video,” he admitted. “We talked at a music video meeting about whether I’d go there or Becky G would come here.” As Becky G was very busy, he ended up going to Los Angeles to film.

J-Hope also told fans they’ll be able to see himself filming the MV with Becky G in future content. He expressed how amazed he was by the local dancers in the video. “Their energy was so great!” he said, and he commented that everyone had known the original song and was really excited, which made it a fun time. He also said he was really impressed by Becky G’s Spanish rap verse and talked about the synergy of the song since it contains three languages.

When asked what his family’s response was to the MV, he said, “They really liked it too. My older sister gave me a great compliment. My family tends to compliment me a lot.” He also shared that the song lyrics express his feelings about dance at the time, which he thinks was most likely 2017. 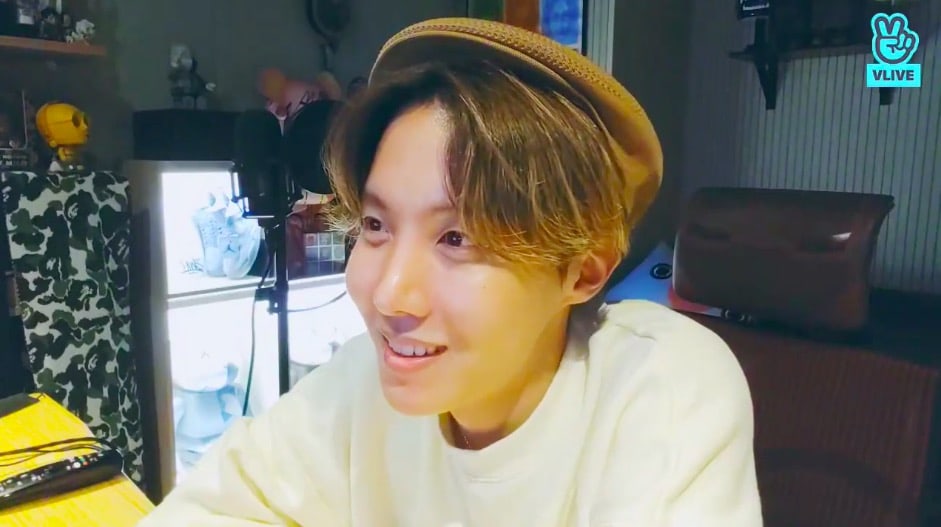 To wrap up, he watched the music video again with fans, and he commented that he’d been a bit scared of the car that came driving in towards him in the beginning. “Since we filmed it as one shot, we couldn’t make any mistakes, so I was really nervous,” he added.

“I felt sorry towards Becky G because I kept saying we should go again,” he said. “But she always said it was okay and to do it as I wanted. She’s so nice.” He also revealed that originally there hadn’t been a scene filmed at night, but he asked for one because he thought there needed to be something to switch it up a bit to make it more exciting. The clip at the end of all the dancers singing the song together was also something J-Hope had requested. “The atmosphere on location was so great, and I wanted to capture that atmosphere in the music video,” he said.

“It was so much fun to work on, and I’m really pleased with it,” he said once the video ended. “I can’t put this feeling into words. I’m so happy to be able to share the song with you.”

During the show, J-Hope was also visited by V and Jungkook who did the “CNSChallenge” dance!

What do you think of “Chicken Noodle Soup”?