Mnet’s “Show Me The Money 8” has announced the winner through its live finale!

The September 27 broadcast began with Young B, Seo Dong Hyun, TAKUWA and Punchnello as the four remaining rappers. For the semi-final, Young B faced off against Seo Dong Hyun, while TAKUWA took on Punchnello. The winners of each pairing would then advance to the final.

The semi-final performances featured several of this season’s producers, with BewhY rapping alongside Young B, Giriboy sharing the stage with Seo Dong Hyun, and Swings and Kid Milli pumping up the audience with TAKUWA. On the other hand, Punchnello brought on special guests Penomeco and Sam Kim for an explosive performance of his song “Jungle.”

In the first round of voting, Young B beat out Seo Dong Hyun, while Punchnello won over TAKUWA, bringing the two rappers to the final round.

Punchnello got in touch with his emotional side with the melodic “I’m Sorry Because I’m Sorry.” Kwon Jung Yeol of 10cm lent his unique vocals to the track, making for an impactful performance that left some audience members in tears. Young B showcased a different charm with his energetic performance of “No Cap” that featured rapper Osshun Gum and got the audience nodding along to the beat. 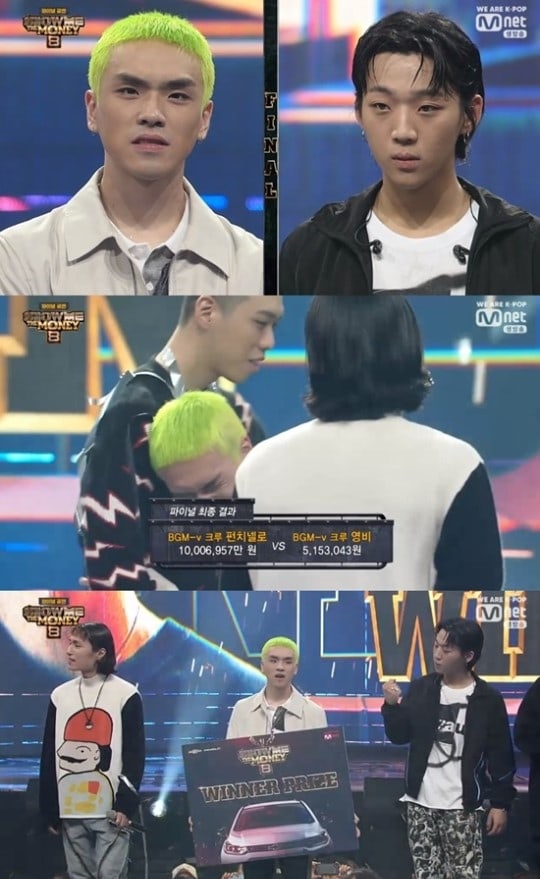 Punchnello
Young B
Seo Dong Hyun
Show Me the Money 8
TAKUWA
How does this article make you feel?