Ji Suk Jin shared his thoughts on performing at the”Running Man” fan meeting and said goodbye to his radio show.

The DJs explained, “The reason why we prepared this is because Ji Suk Jin didn’t have time to speak about himself until now. We prepared a time for only Ji Suk Jin. You’re doing a lot variety shows these days. Didn’t you work hard practicing for the ninth anniversary fan meeting for ‘Running Man?'”

Ji Suk Jin replied, “I almost cried after doing our group dance. It was so moving, and I barely held it in. I don’t know what you thought of the group dance, but it was so hard. It was the result of the members working hard without resting for three months.” 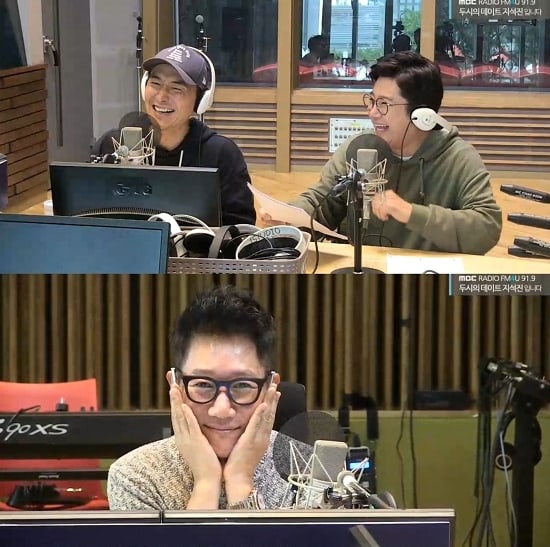 Ji Suk Jin had the final live broadcast of his radio program on September 27. “Today is the final broadcast,” said the celebrity. “I pre-recorded the broadcast for tomorrow and the day after tomorrow. There’s no doubt that I don’t want to say goodbye. I’ll reminisce on the memories with all of you during the two-hour broadcast.”

He added, “I want to end on a fun note, but my emotions are a bit different. I’ve hosted many radio shows until now, but this feels different. I feel really attached to it. I did the show for almost a full three years after the first broadcast on September 26, 2016. I hope that Ahn Young Mi and Muzi, who are newly joining the show, will do a good job.”

The radio show gave Ji Suk Jin an appreciation plaque for his hard work on the last day of the show. They added, “From the first date to the current date. Thank you, DJ Nose.”