On the September 29 broadcast of SBS’s “My Ugly Duckling,” actor Lee Sang Yeob appeared as a guest and talked about his dating style!

When they began filming, Lee Sang Yeob expressed his excitement to appear on the show as a guest, wondering if the mothers would recognize him. Despite his concerns, the mothers shared that they had enjoyed watching his latest drama “Love Affairs in the Afternoon.” 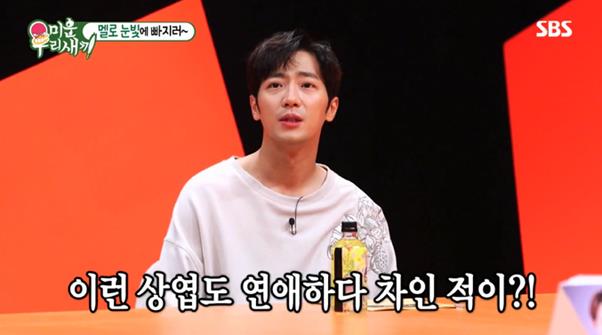 Seo Jang Hoon commented, “I feel as if a lot of people would be interested in you. Have you ever been dumped while dating?” Surprising, Lee Sang Yeob responded, “I’ve been dumped nearly 90 percent of the time while dating.”

Lee Sang Yeob explained, “I run while only looking forward like a racehorse and not at my surroundings. I tend to get too attached and fall [in love with one person].”

Hong Jin Young‘s mom asked, “Isn’t it good to fall completely [in love] with them?” but Lee Sang Yeob shared honestly, “Sometimes, the recipient is burdened by that, and I also get tired. When the other person doesn’t reciprocate, I get tired and concerned, but then they also get tired after seeing me [get tired]. I’ve let a lot of [that obsessiveness] go, but now I don’t have a partner.” 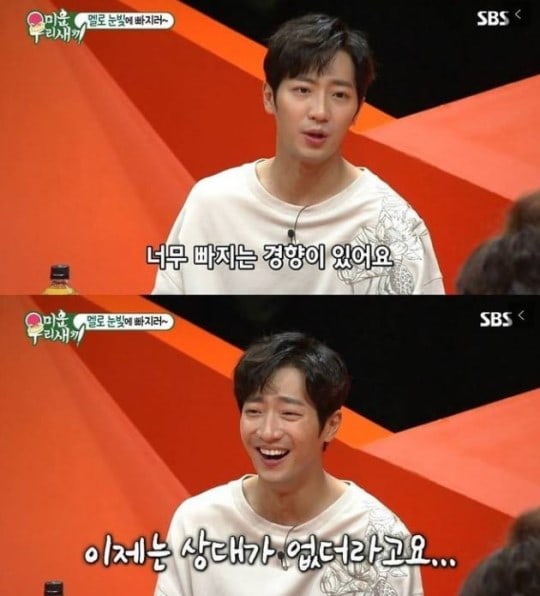 Watch the latest episode of “My Ugly Duckling” on Viki below!

Lee Sang Yeob
My Ugly Duckling
How does this article make you feel?