Update: SuperM Announces Dates For European Leg Of “We Are The Future” Tour

SuperM is heading to Europe!

Following their first North American tour, which is set to wrap up in February, the SM Entertainment group will be taking their “We Are The Future: Live” tour to Paris and London. 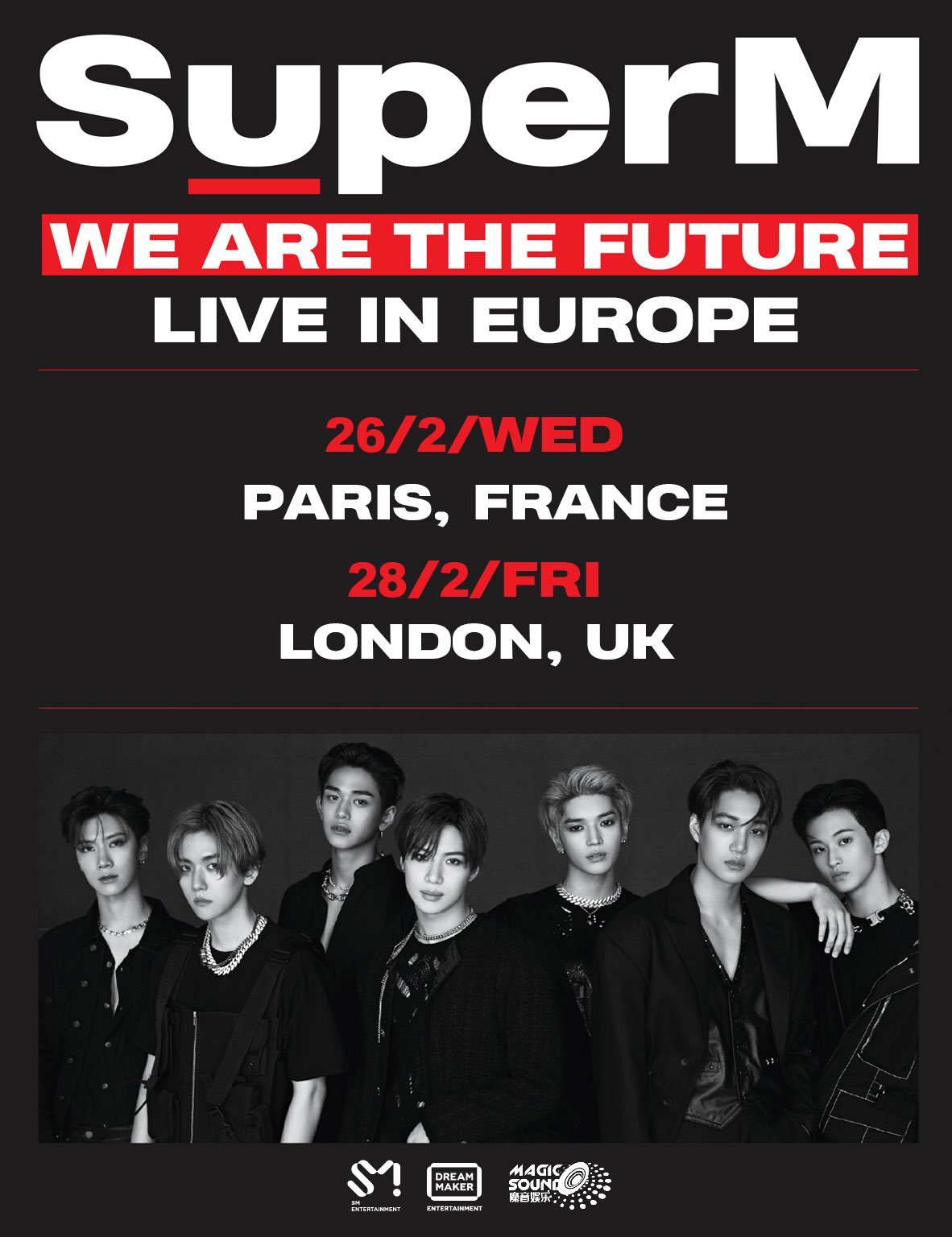 With SuperM’s debut coming up this week, the new SM Entertainment group has announced their first North American tour!

The group will be kicking off their “We Are The Future: Live” tour on November 11 at Dickies Arena in Fort Worth, Texas, and the first leg of their tour will include a stop at the famous Madison Square Garden in New York City on November 19.

Check out the shows announced so far below, with more to come! 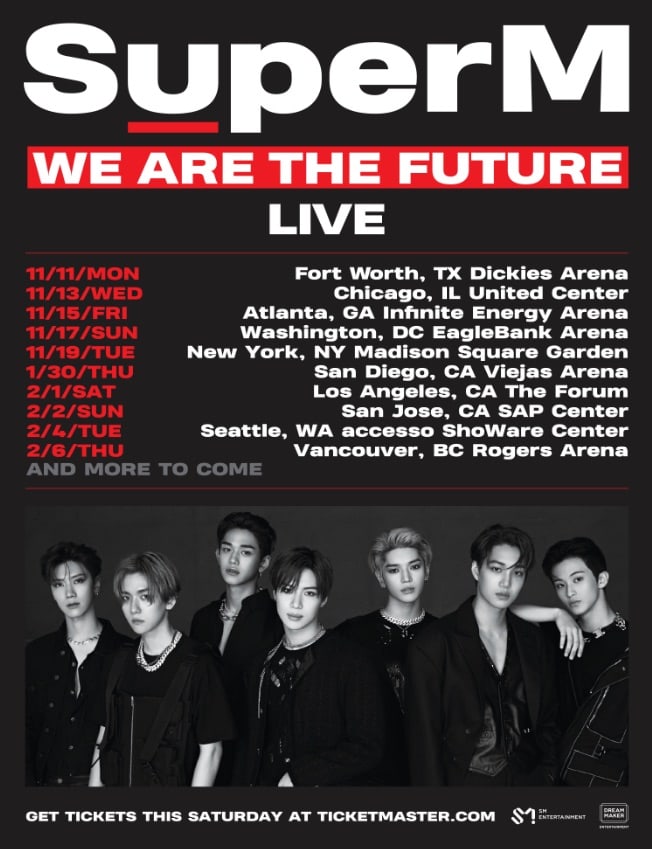 Tickets go on sale for the concerts on October 5 at 10 a.m. local time. Every online ticket purchased will come with a CD of SuperM’s first mini album, which is due out on October 4.

SuperM is a new boy group with members Taemin of SHINee, Kai and Baekhyun of EXO, and NCT’s Taeyong, Mark, Ten, and Lucas. Check out their latest debut teasers here!