The TVXQ and Super Junior members who traveled together for “Analog Trip” sat down for an interview on “Entertainment Weekly”!

TVXQ’s Yunho and Changmin and Super Junior’s Leeteuk, Shindong, Donghae, and Eunhyuk recently filmed a travel show together. The guys went to Indonesia with the travel concept of going back in time to 2002, which meant only using cameras from that time and not using cell phones.

During the interview, the members were asked what role they played on the trip. “I was in charge of food,” said Yunho, but Shindong joked that Yunho was more like the porter.

Changmin described himself as the leader and said, “I was the one in power, essentially.” When asked if this was true, Eunhyuk said, “He made us lower our heads to him.”

The interviewer then said that people who are close often fight more, and asked Donghae and Eunhyuk in particular if they ever fought, since they’re the same age. Donghae said with a serious expression, “We’ve never once fought in 18 years.” He then burst out laughing before Shindong explained, “They don’t fight, but they’ll come to us separately and swear about each other.” 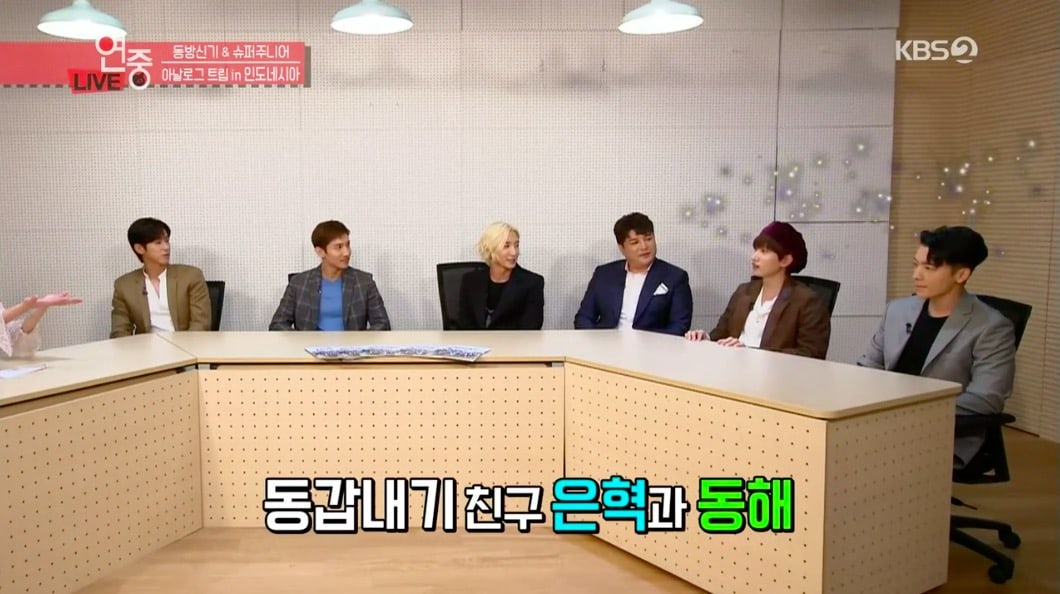 The guys were also asked which member was the worst match for their own traveling style, and everyone pointed at Leeteuk, including himself. “He grumbles a lot,” explained Eunhyuk. “He’s a monster created by capitalism.” 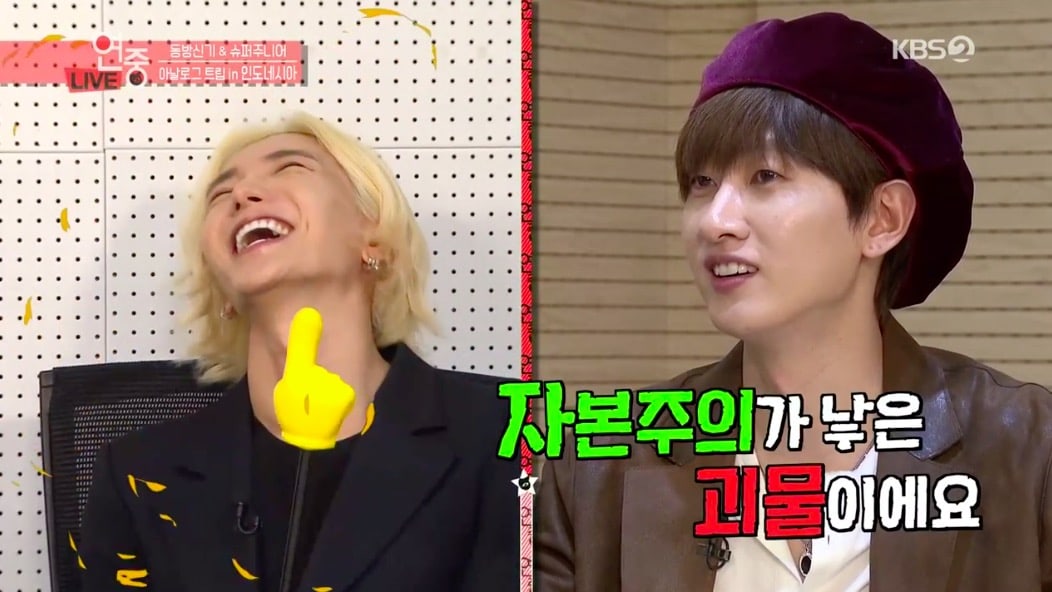 They were then asked to pick which member had the most influence during their trip, and they all pointed at Changmin without hesitation. When asked who had the least influence, everyone pointed at Yunho. “I didn’t know!” he said with a laugh. 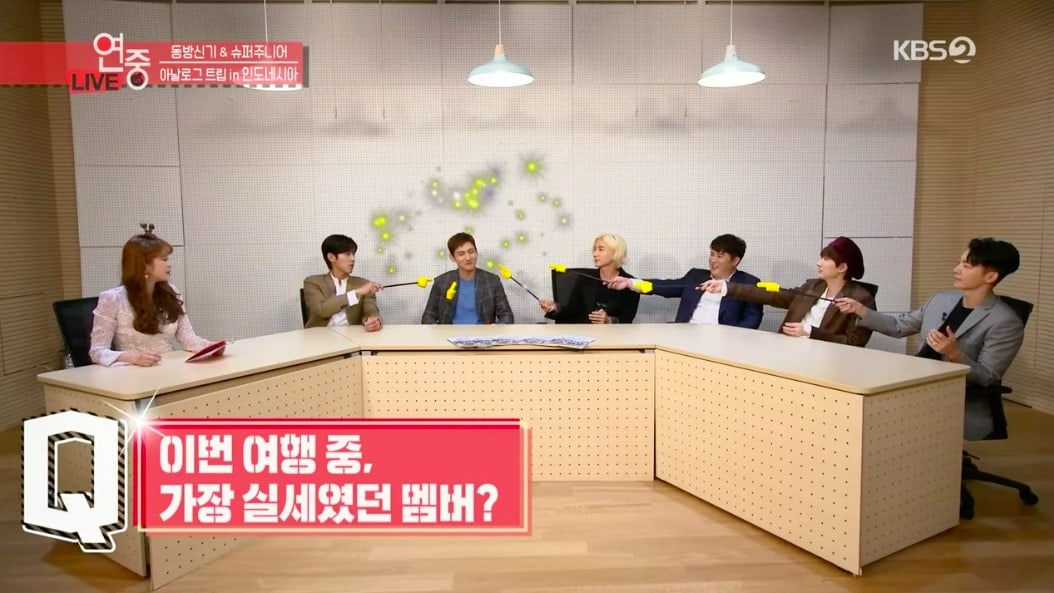 Leeteuk explained, “You know how when you were young, an older guy in your neighborhood would throw a ball too far and want a younger kid to go get it for him, so he’d praise the kid on how fast he runs. Yunho is like the younger kid.” 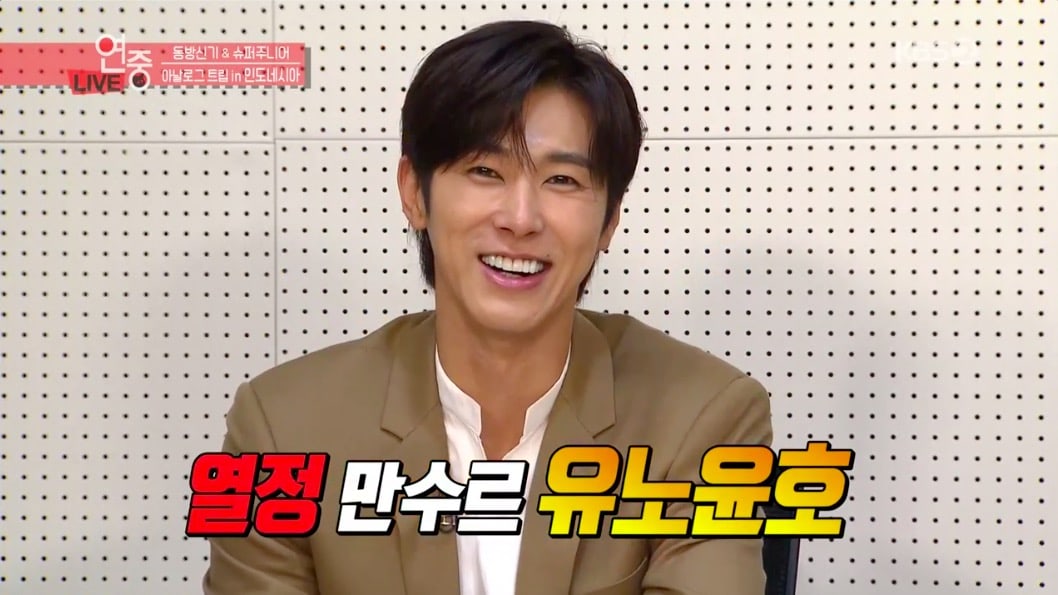 “Analog Trip” will be released on October 9 through SMTOWN’s official YouTube channel. The show will consist of 12 episodes, and each episode will be released every Wednesday at 10 p.m. KST. YouTube Premium members will be able to watch all twelve episodes on October 9.