On the latest episode of “Amazing Saturday,” B1A4’s Sandeul told the story of an unexpected interaction he had with Girl’s Day’s Hyeri!

Sandeul appeared as a guest on the October 5 episode of the tvN variety show, where he mentioned that he’d once had a confusing run-in with Hyeri in the past that he wanted to ask her about.

“You know how singers perform together at festivals at sporting arenas?” began Sandeul. “Once, after a rehearsal, we were heading to the parking lot when someone right behind me called out, ‘Hello!’ I was surprised and turned around, and Hyeri had opened her car door all the way and was waving hi.”

Sandeul went on, “I had never spoken informally or chatted with Hyeri like that before. I was so surprised that I looked around my surroundings [to see if she was talking to someone else], but there was no one else around. So I thought, ‘Is she talking to me?’ I waved back awkwardly and immediately rushed to get into my car.” 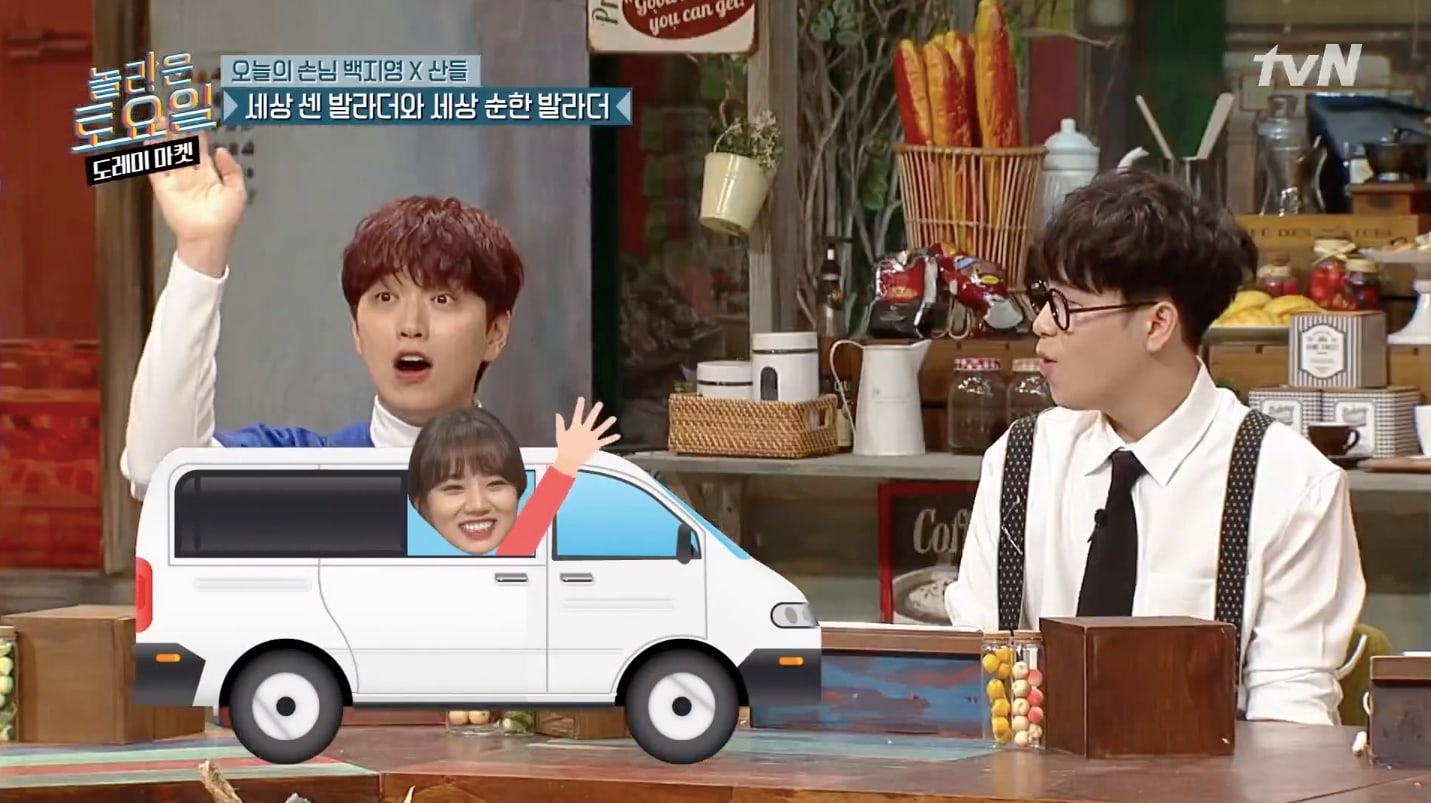 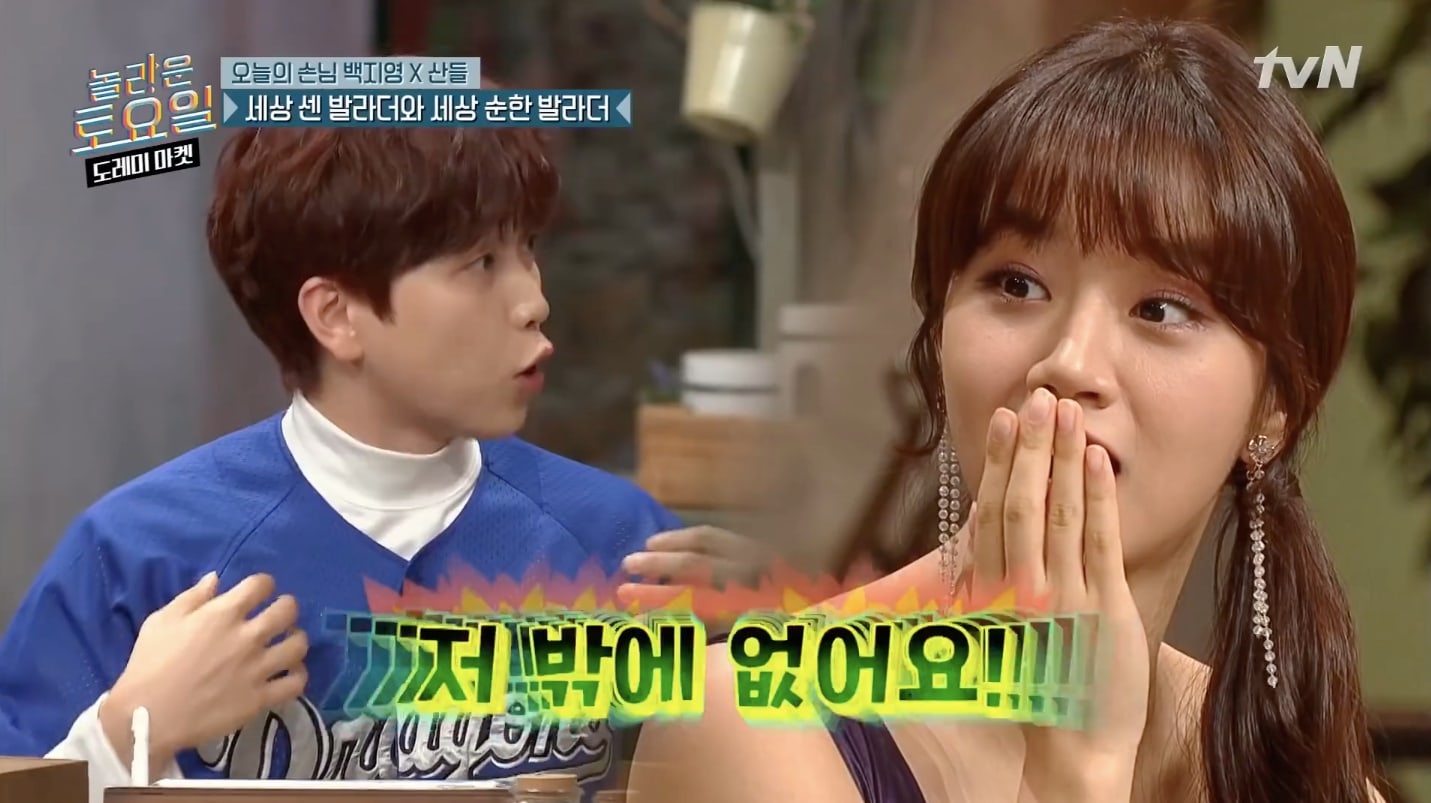 A bewildered Hyeri, who had no recollection of the incident whatsoever, responded with a laugh, “I don’t remember this. Are you sure it was me?”

When host Boom asked fellow guest Baek Ji Young for her opinion on what had taken place, the singer joked, “It seems like he may have dreamed it.”

Hyeri added, “Maybe I thought he was someone else, and that’s why I said hello.” 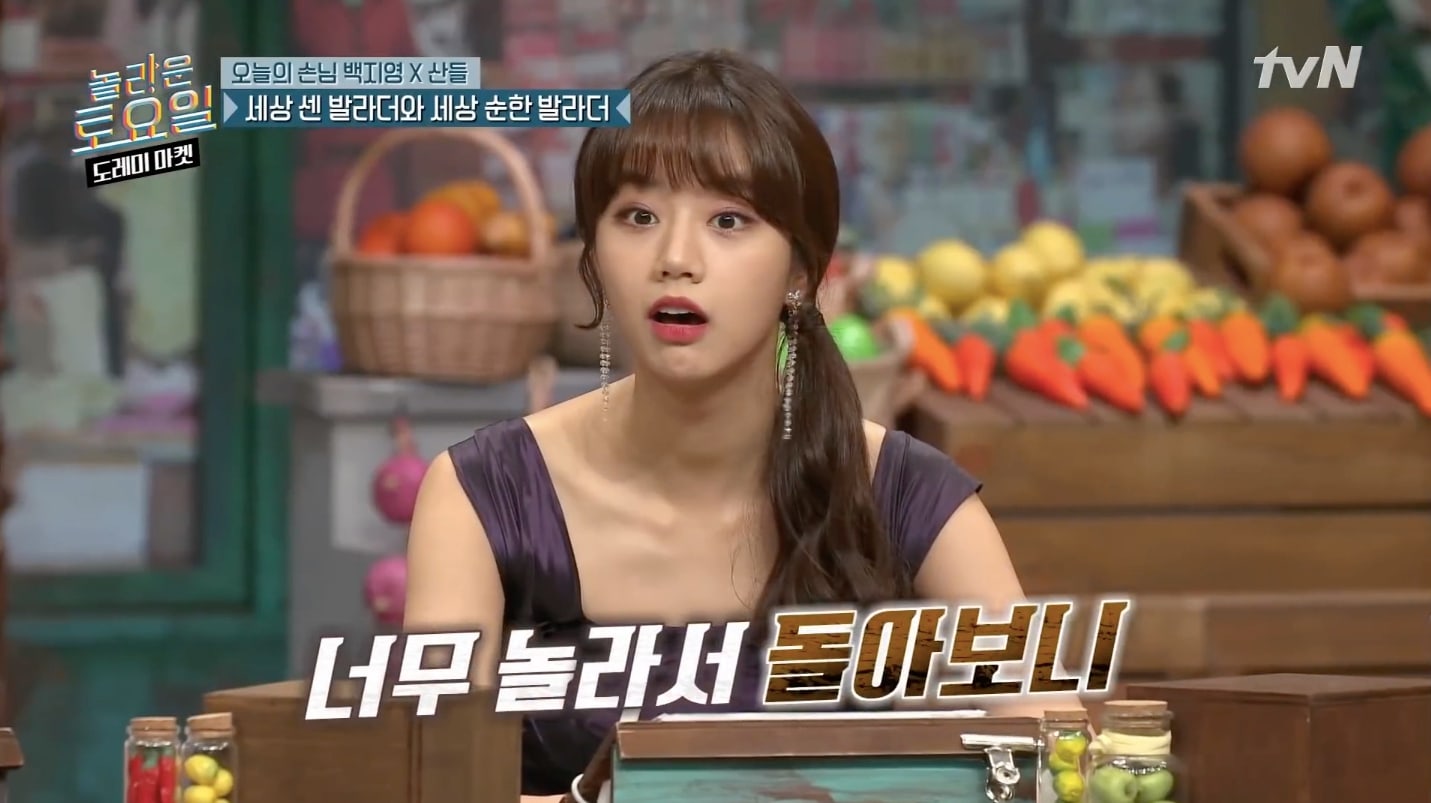 She then playfully turned to Sandeul and called out, “Hello!” 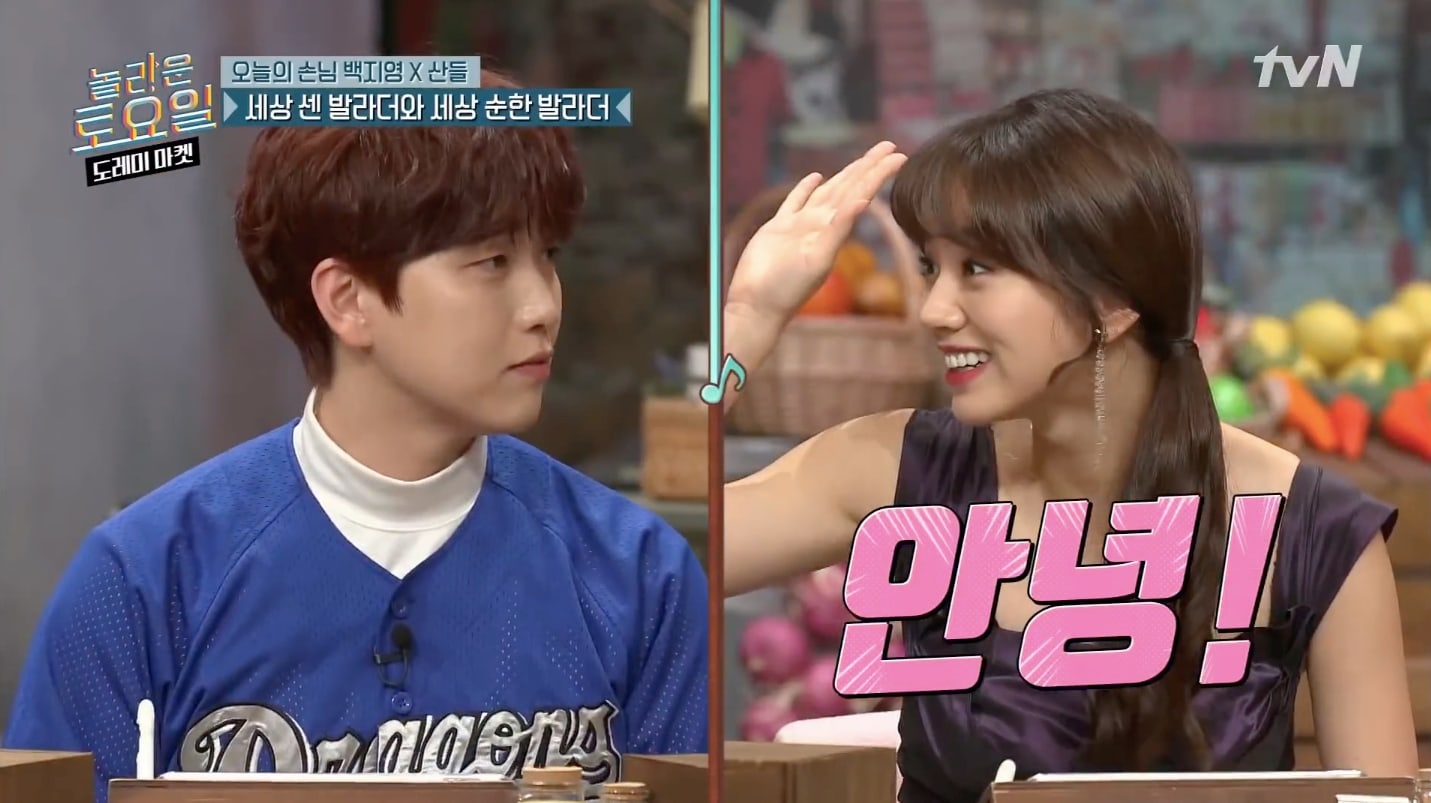 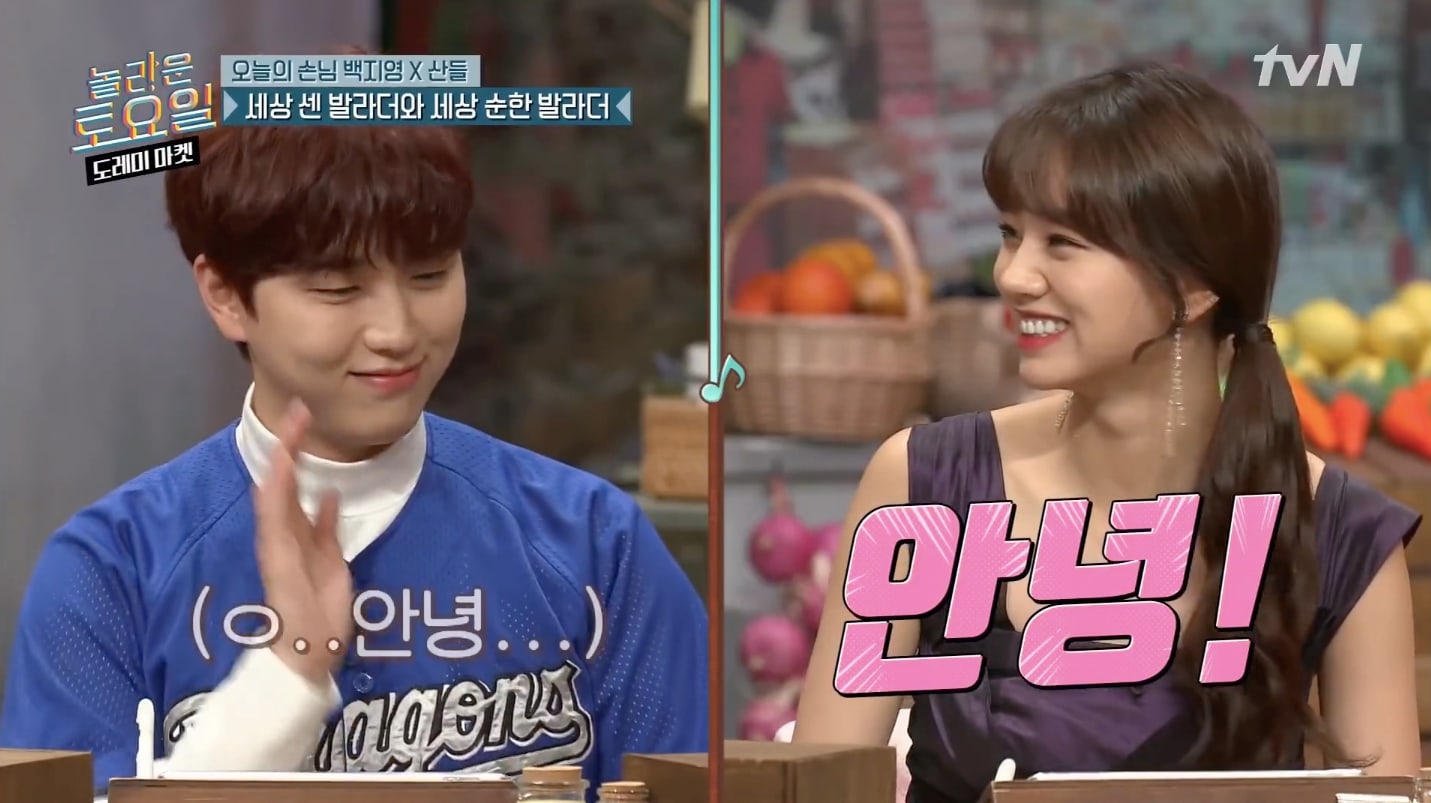