New stills have been released for the upcoming episodes of tvN’s “The Great Show”!

The drama tells the story of Wi Dae Han (played by Song Seung Heon), a former politician who tries to get back into the General Assembly and attempts to win over votes by taking in a troublesome quartet of siblings.

Last week’s episodes of “The Great Show” showed Wi Dae Han, Jung Soo Hyun (Lee Sun Bin), and Kang Jun Ho (Im Joo Hwan) teaming up to take down corrupt politicians. Anticipation for the drama rose even higher as Wi Dae Han and Kang Jun Ho, who had been keeping a hostile relationship as life-long rivals, teamed up to fight injustice and proved that they are able to play fair with each other.

The first set of stills released on October 6 shows Wi Dae Han hard at work to prove his son Han Tak’s (Jung Joon Won‘s) innocence in a school violence case. In one photo, Wi Dae Han is deep asleep with a newspaper as a blanket on a public bench. 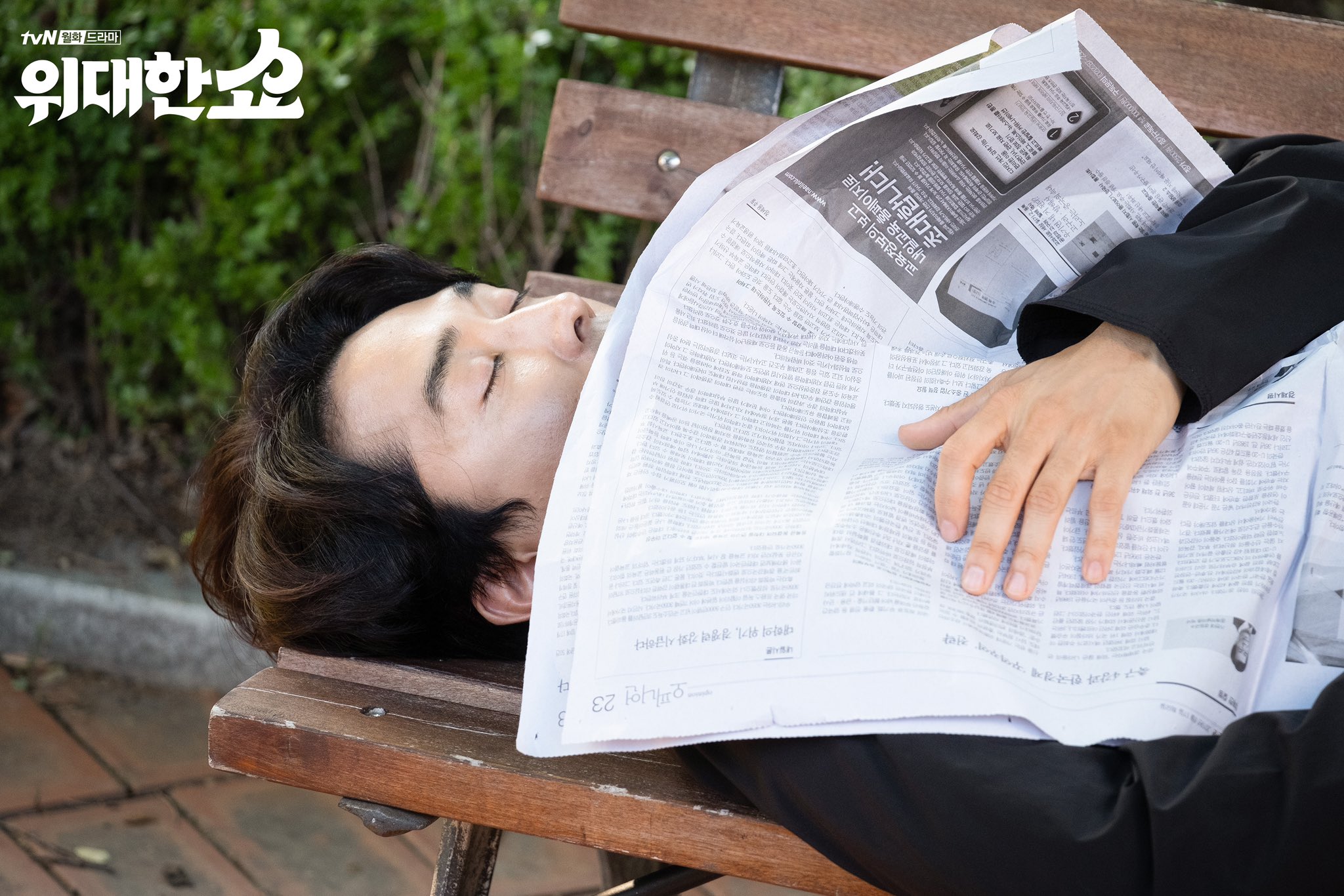 In the next image, he appears startled as if he doesn’t remember falling asleep on a bench, and a homeless man offers him a piece of bread. 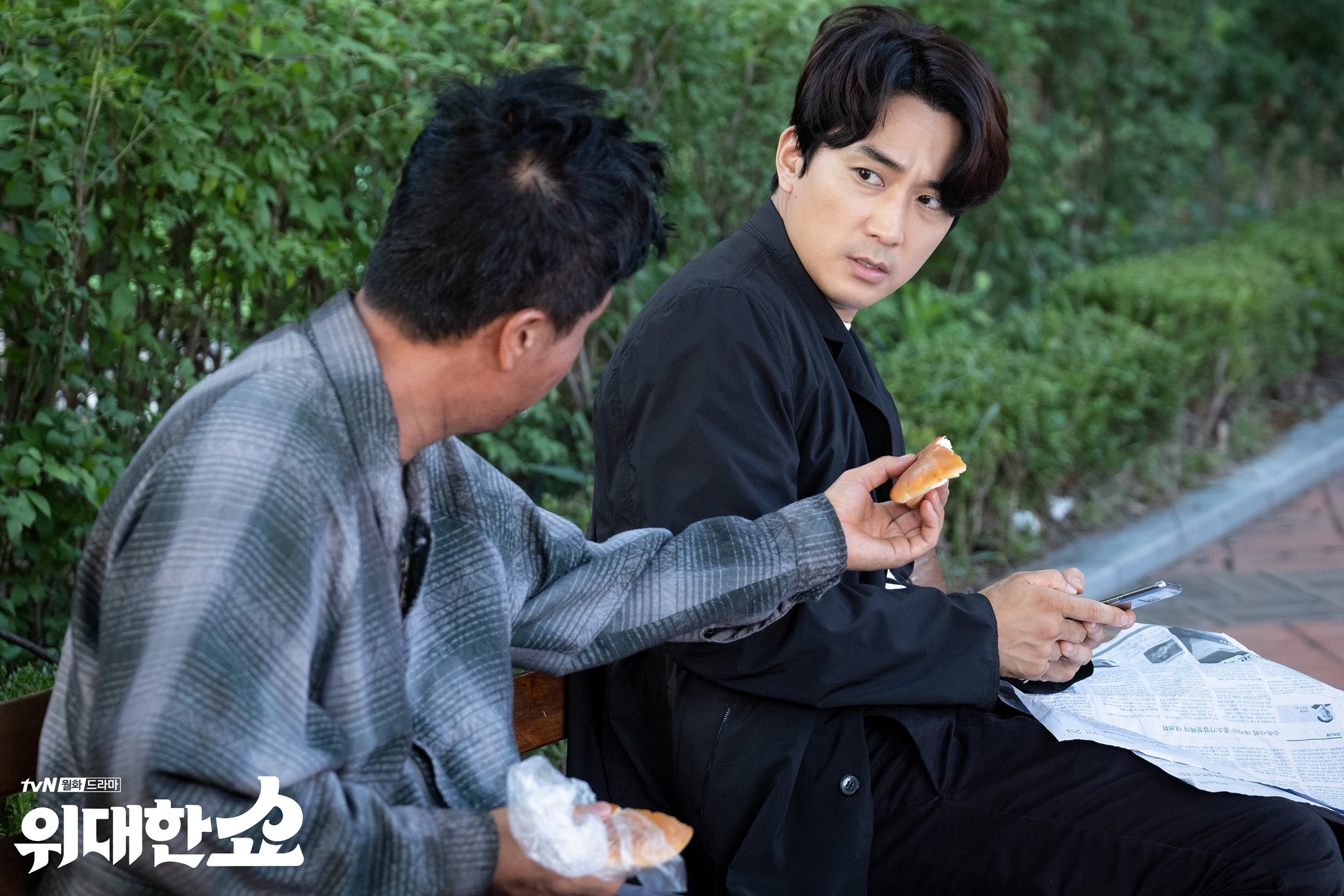 Wi Dae Han then looks serious as he makes a call in front of a banner that is looking for a witness of the school violence case that his son is involved in. 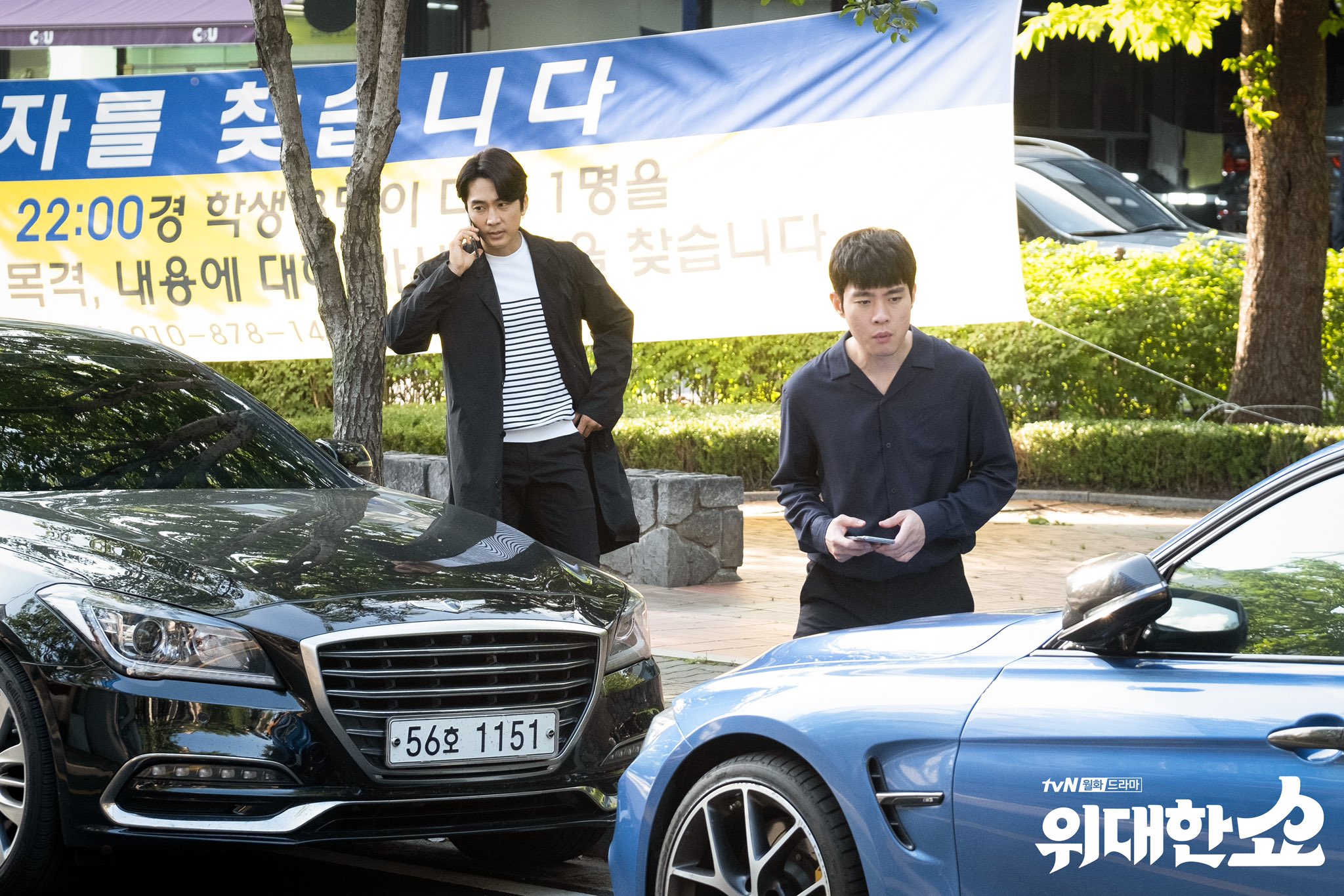 Another eye-catching set of stills show Wi Dae Han and Jung Soo Hyun sharing heartfelt hugs. Jung Soo Hyun has tears in her eyes as Wi Dae Han takes her into his arms and comforts her. Viewers are curious as to what kind of trouble is coming in the couple’s way and how the two will manage to overcome hardships.