MBC’s upcoming drama “People with Flaws” (literal title) is getting ready for broadcast!

“People with Flaws” is a refreshing romantic comedy that tells the story of a woman who despises pretty boys and a man who is obsessed with good looks as they overcome their prejudices against people with flaws.

On October 7, MBC revealed photos from the drama’s script reading. 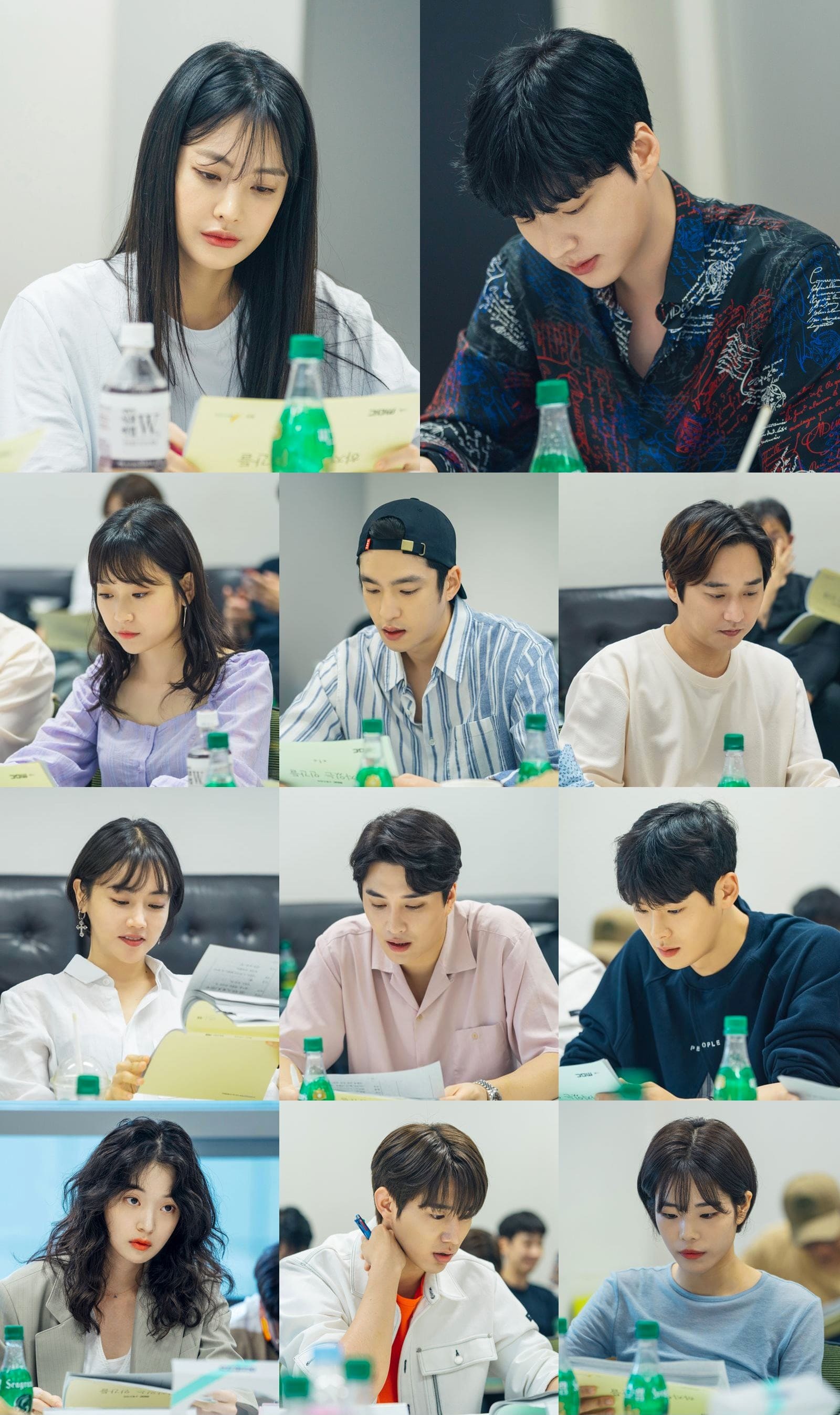 Oh Yeon Seo will play the passionate physical education teacher Joo Seo Yeon, and Ahn Jae Hyun will take on the role of Lee Kang Woo, an arrogant man obsessed with his appearance. The two characters will display cute chemistry as they bicker with each other.

Kim Seul Gi will show her bright energy as the Korean language teacher Kim Mi Kyung. Goo Won will play the school nurse Lee Min Hyuk, who forms a strange rivalry with Lee Kang Woo in pursuit of Joo Seo Yeon’s love. Heo Jung Min will be Park Hyun Soo, the CEO of an entertainment agency who has a unique relationship with Kim Seul Gi’s character.

Other characters include Lee Kang Hee (played by Hwang Woo Seul Hye), the eldest daughter of a chaebol family, Joo Won Jae (played by Min Woo Hyuk), whose final goal in life is to get married to a wealthy woman, and Joo Won Suk (played by Cha In Ha), a manager and bartender at a gay bar.

Shin Do Hyun will play Baek Jang Mi, someone with with a secret who looks up to Joo Seo Yeon. Kim Jae Yong will be Joo Seo Yeon’s brother Joo Seo Joon, an idol trainee, and Joo Hae Eun will take on the role of Lee Joo Hee, a promising athlete at her school’s track and field team.

“People with Flaws” is set to premiere in late November after “Extraordinary You.”

In the meantime, watch the latest episode of “Extraordinary You” with English subtitles below: