tvN’s “The Great Show” has unveiled stills for its upcoming episodes!

The drama tells the story of a former politician named Wi Dae Han (Song Seung Heon), who tries to get back into the General Assembly and attempts to win over votes by taking in a troublesome quartet of siblings.

Last week’s episodes of “The Great Show” showed Wi Dae Han, Jung Soo Hyun (Lee Sun Bin), and Kang Jun Ho (Im Joo Hwan) teaming up to take down corrupt politicians. Viewers’ curiosity is higher than ever as to whether or not this incident will give a green light for Wi Dae Han’s reentrance into the General Assembly.

In the stills released on October 7, Wi Dae Han is spotted wearing a hat that looks like a radish and a sweatshirt that states he is an independent candidate. 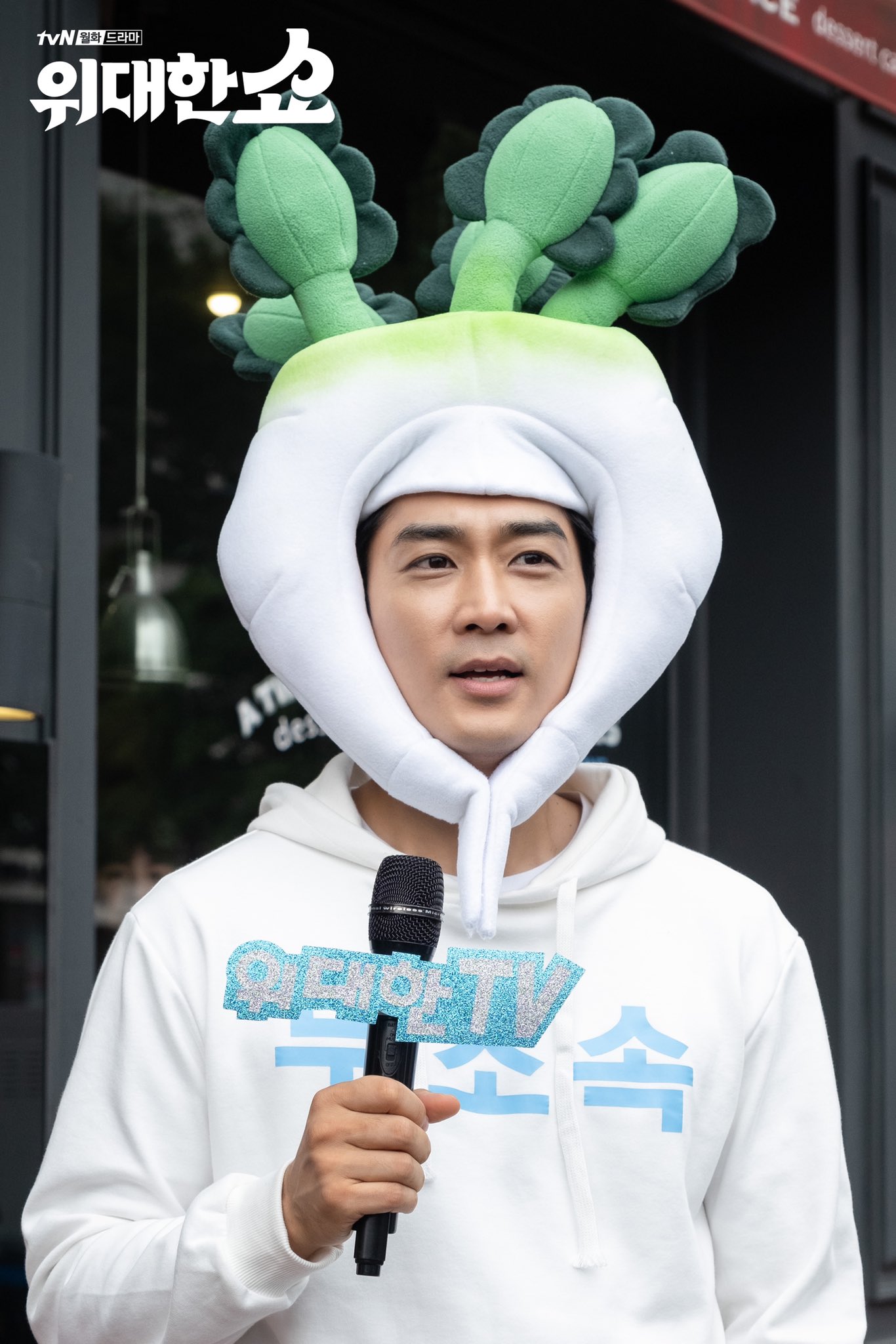 He is also standing in front of a board that says, “Listening to the voice of the citizens,” on which a number of post-its are posted. 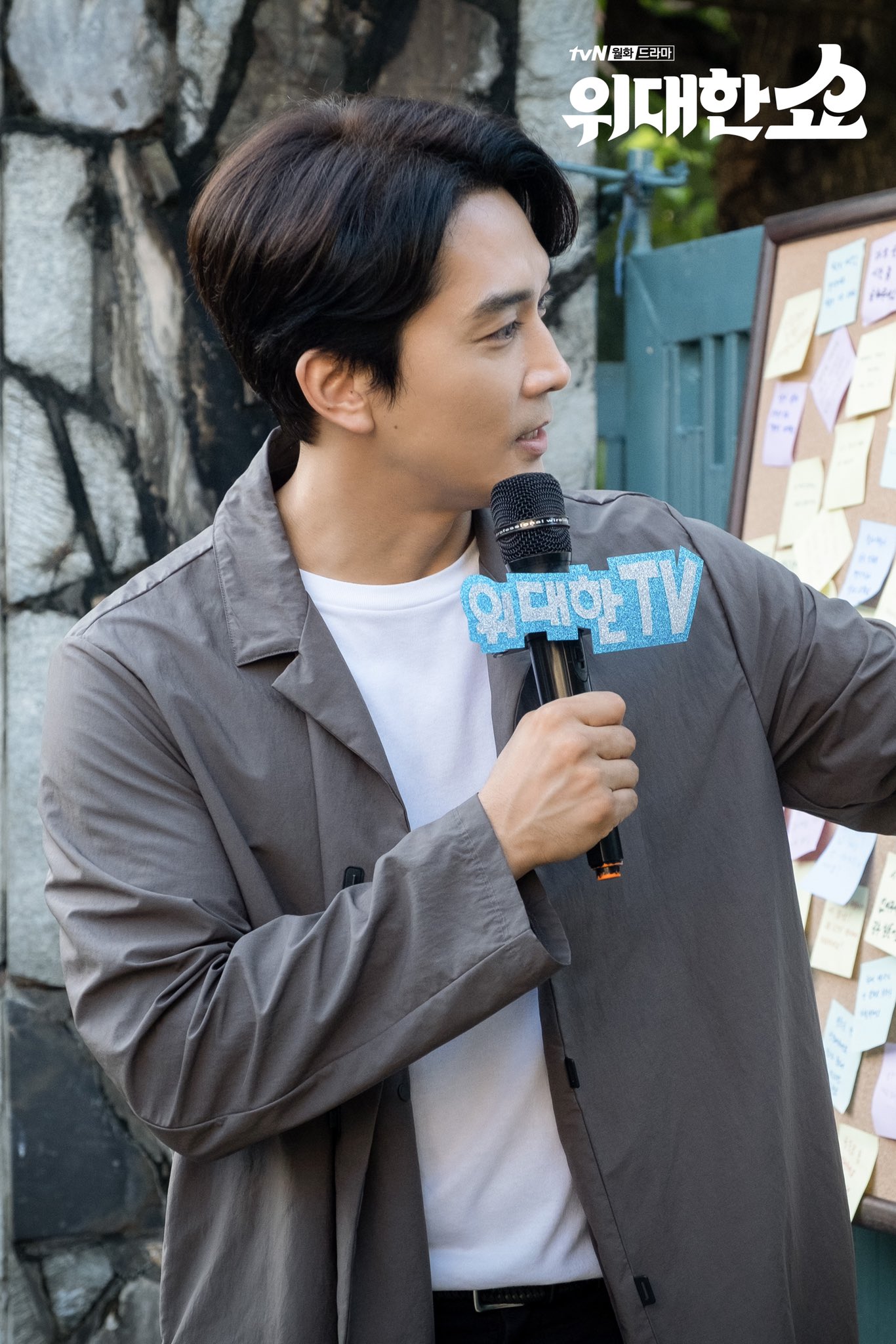 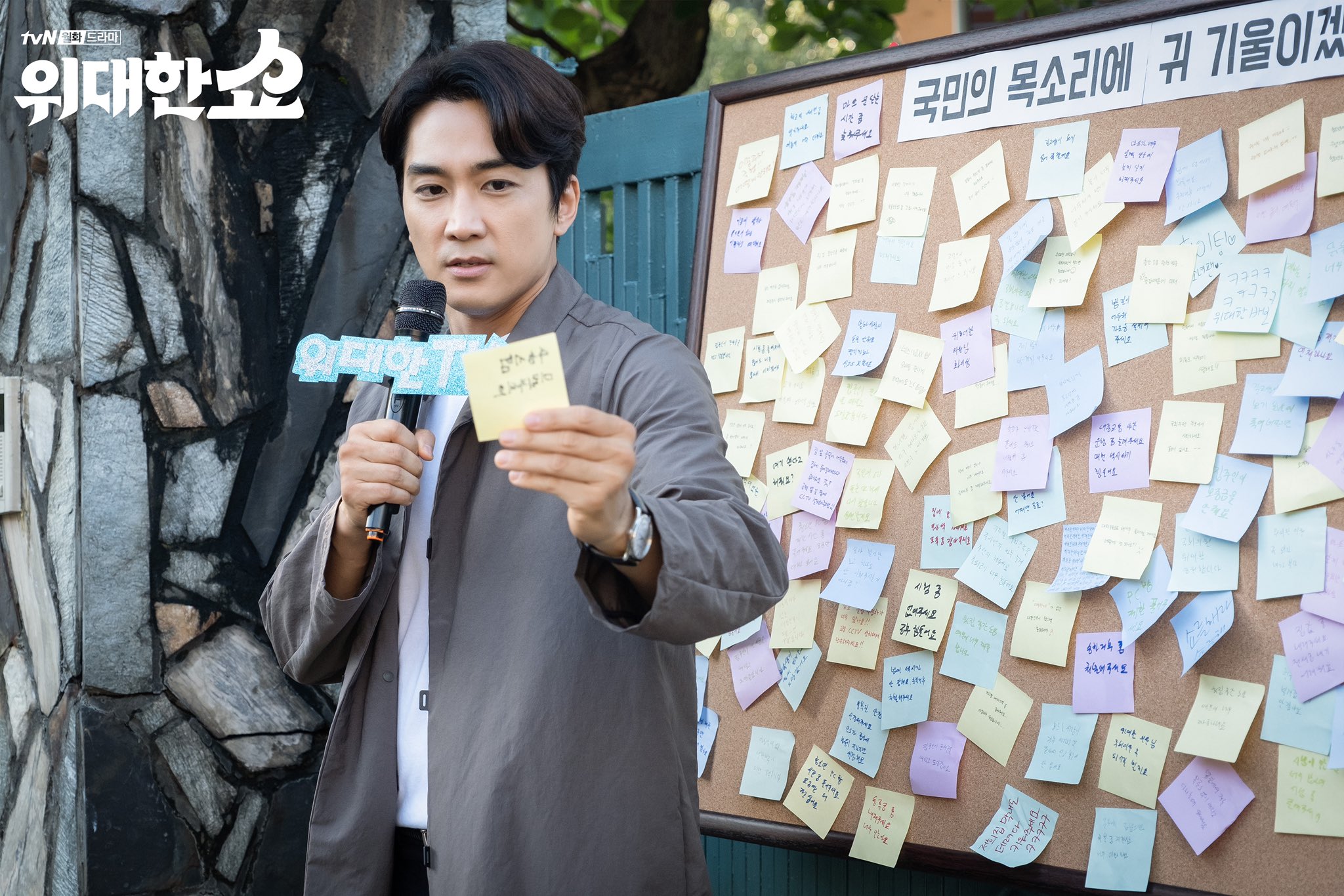 The production team said, “Episode 7 will follow Song Seung Heon, who is one step closer to reentering the Assembly, as he goes through turbulent situations regarding his nomination screening. Please stay with us until the end to find out whether or not Song Seung Heon will be successful with both his family and his plans to rejoin the General Assembly.”

Song Seung Heon
The Great Show
How does this article make you feel?