A special video has been released of Hwasa and Woogie performing the piano version of their collaboration “In The Fall”!

The song does not have an official music video, but the new clip shows Hwasa, Woogie, and Punchnello, who all worked on the song together, sitting comfortably and performing the song. Hwasa’s beautiful vocals shine through to create a song that’s perfect for the fall weather.

A teaser image of Hwasa has been released for her upcoming collaboration with Woogie. 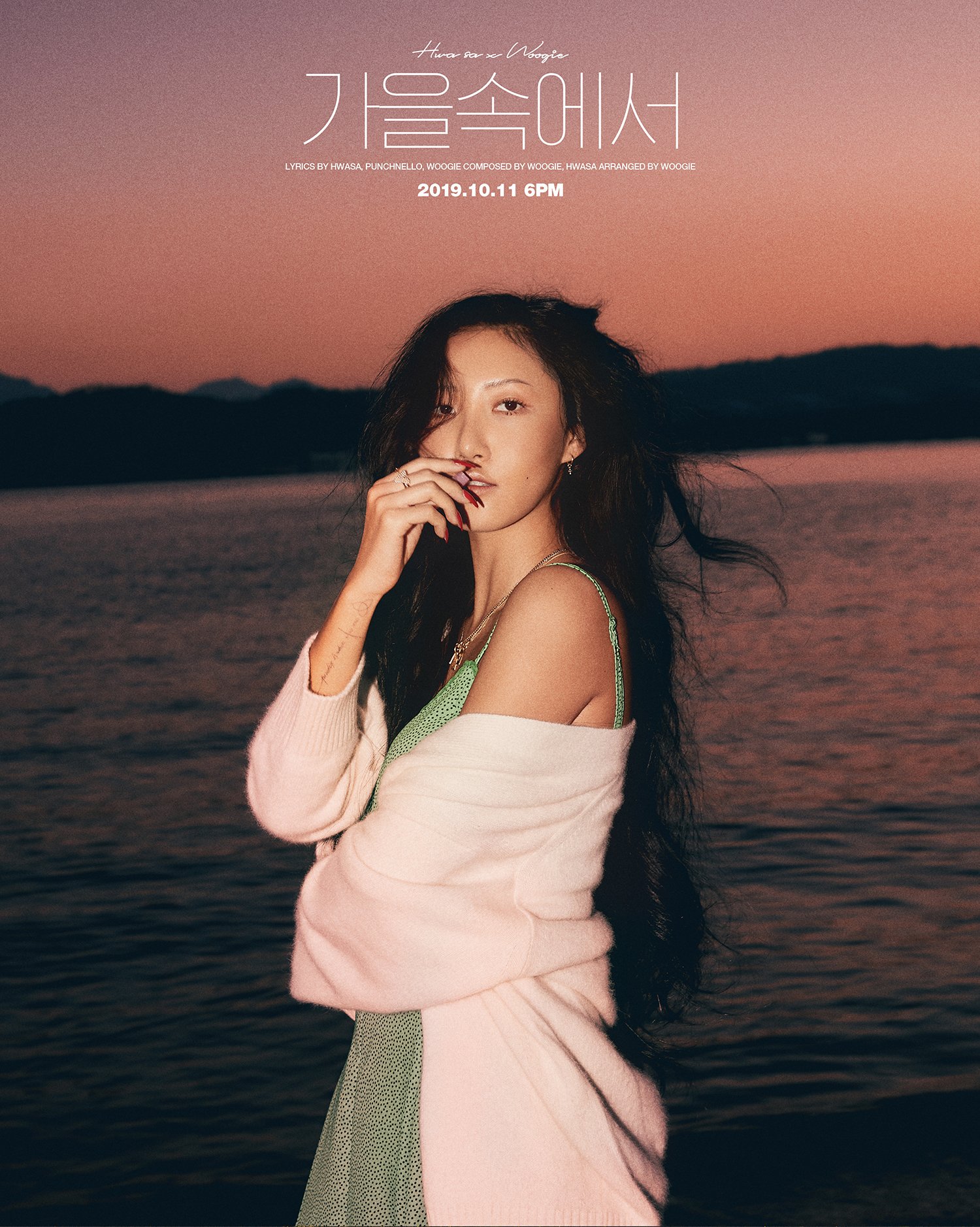 The second sound teaser for Hwasa and Woogie’s collaboration has been released.

Give it a listen below!

The first sound teaser has been released for Hwasa and Woogie’s upcoming collaboration!

MAMAMOO’s Hwasa and producer Woogie have teamed up again for a new track!

Hwasa and Woogie have shared a teaser photo for their upcoming collaboration “In Autumn” (working title). The song was composed by Woogie and Hwasa, with Hwasa, Punchnello, and Woogie writing the lyrics. 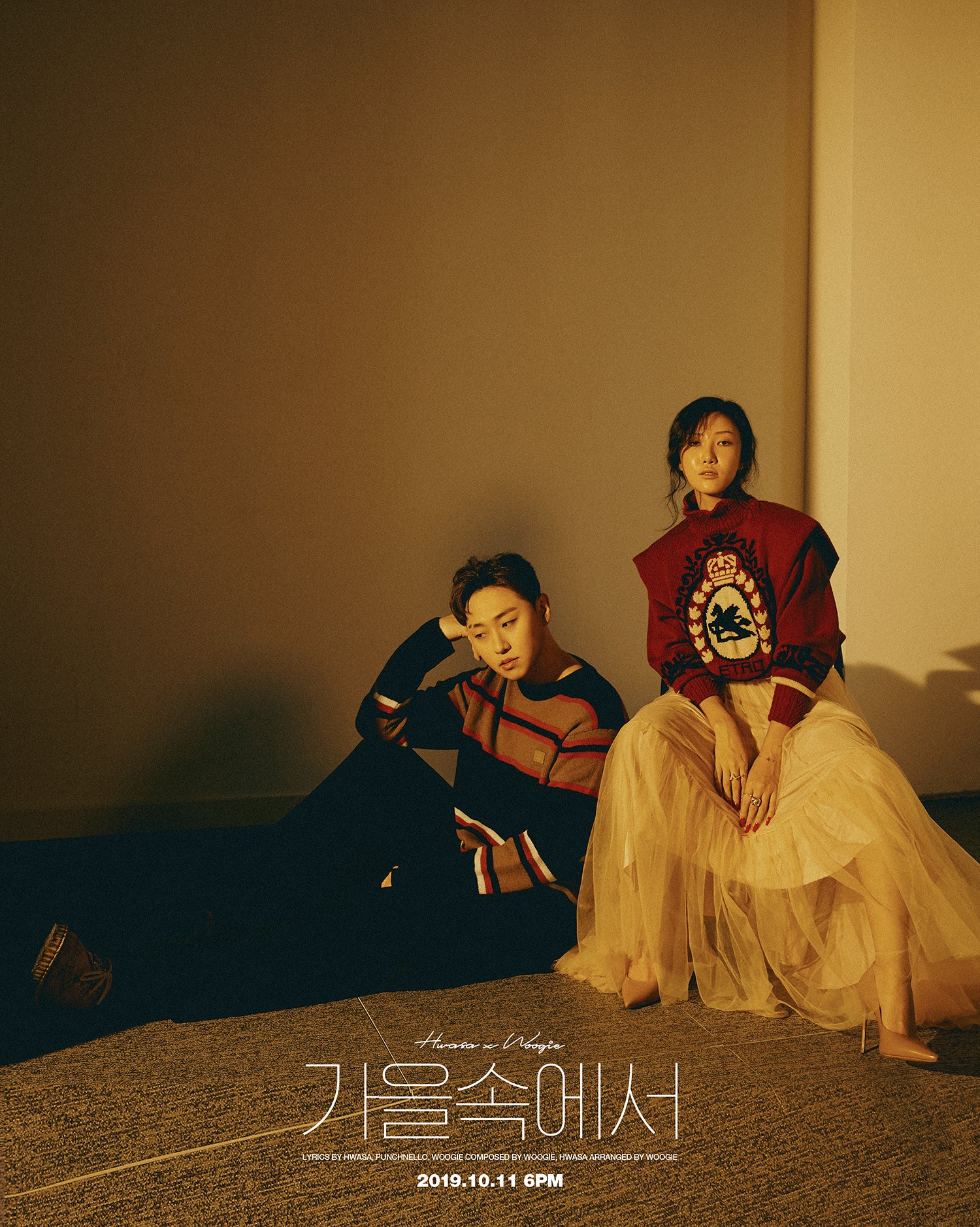 Woogie is a producer under the label H1ghr Music, and he’s produced tracks such as Hwasa and Loco’s smash hit “Don’t” from last year that scored a perfect all-kill. Woogie hinted at their latest project through Instagram pictures of the duo in a recording studio.

MAMAMOO
Hwasa
Woogie
How does this article make you feel?