On October 8, Good Data Corporation released the rankings of non-drama TV shows and cast members that generated the most buzz from September 30 through October 6.

The rankings are based on online articles, blog posts, community forums, social media posts, and views on video clips for 184 non-drama TV programs that are currently on air or scheduled to air soon.

Mnet’s girl group competition program “Queendom” ranked No. 1 on the list for the third week in a row. Although it kept its No. 1 slot, the amount of buzz has decreased since the previous week.

MBC’s “PD Notebook” ranked No. 2 after revealing that they would talk about the controversy surrounding Mnet’s competition programs. Meanwhile, MBC’s “I Live Alone” ranked No. 3 following Han Hye Jin’s return to the program. Han Hye Jin placed No. 1 on the ranking of non-drama cast members, and Song Ga In and Park Na Rae from “I Live Alone” also placed No. 5 and No. 6 on the list, respectively.

MBC’s “My Little Television 2” ranked No. 5 on the list with IZ*ONE’s appearance, and MBC’s “The King of Mask Singer” also rose to the No. 8 spot following Ha Sung Woon’s appearance on the show as a panelist.

Meanwhile, SBS’s “Same Bed Different Dreams 2 — You Are My Destiny” ranked No. 7 on the list of buzzworthy non-drama programs following Kangnam and Lee Sang Hwa’s appearance. Lee Sang Hwa ranked No. 2 and Kangnam ranked No. 3 among non-drama cast members. KBS2’s “The Return of Superman” came in at No. 9 following news of Lee Dong Gook‘s family’s departure. 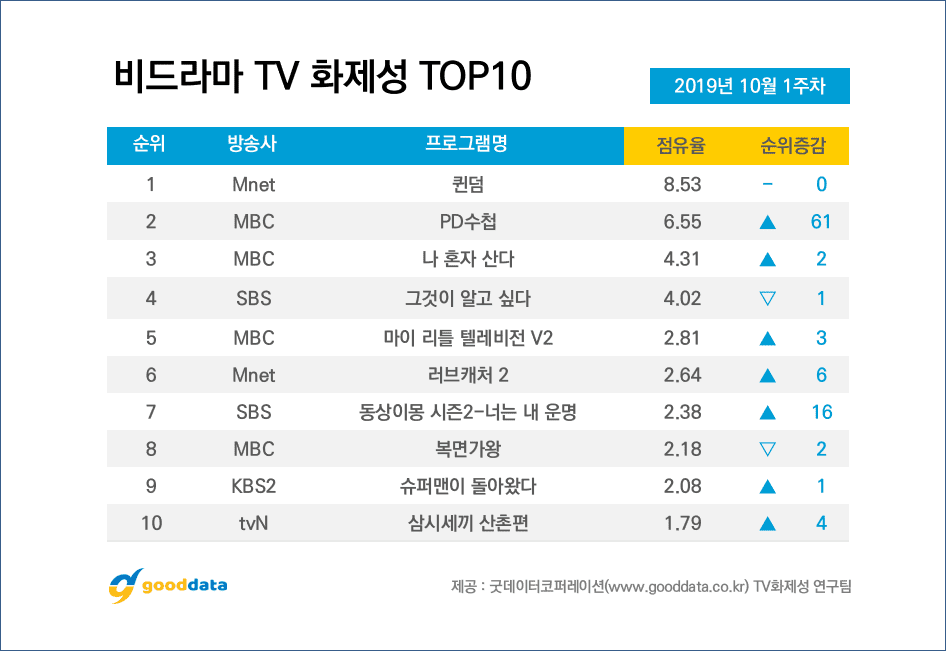 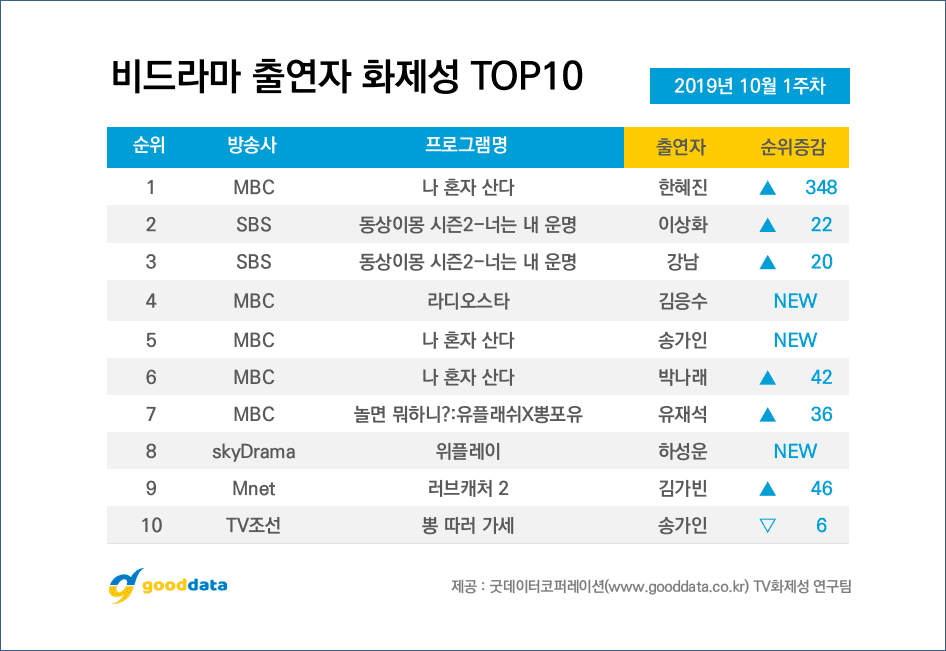