On October 9, the artist appeared as a guest and joined special DJs Hyojung and Seunghee of Oh My Girl.

The DJs asked when he began writing songs, and Zico replied, “I started writing songs after I debuted when I was 20 years old. The first song I wrote was ‘Nanrina.'”

About the first payment he received for royalties, Zico revealed, “I think it was 120,000 won [approximately $100]. I already began creative promotions before ‘Nanrina.'” He added, “I didn’t use the money, I saved it. I think I put it in a frame.”

The artist then spoke about his favorite self-produced tracks. His third favorite track was “Soulmate,” his collaboration with IU. “It was a song that I worked on for a long time,” said Zico. “I paid a lot of attention to the arrangement. All of the instruments are real, and I paid attention to the chords. I wanted to try melody making in a different way than usual, so I did it differently than what I used to do. It’s a song where everything I imagined came true, so I really like it out of the ones I’ve written.” 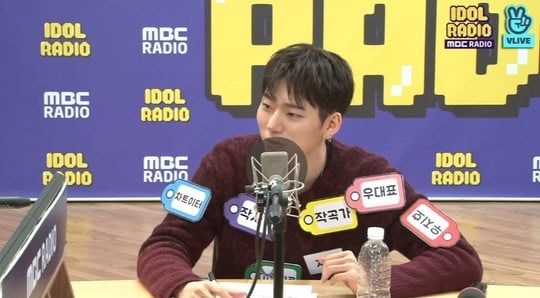 As for his second favorite, Zico named ‘Fear’ which WINNER’s Song Mino performed on Mnet’s “Show Me the Money 4.” He explained, “This is a song that I wrote, and Mino wrote the lyrics for the verses. I only wrote the lyrics for the chorus. The chorus continues to linger even after time has passed, so I really like it. It came out so well, to the point that I wished it was my song. I was 24 years old when I worked on this song. I’ve been envious of my past self, wondering how I made something like this.”

The Oh My Girl members asked, “It’s a song that brought Song Mino lots of royalties. Did he buy you lots of delicious food?” With a laugh, Zico responded, “No.” When the DJs asked him to send the WINNER member a message, Zico said, “I actually talked on the phone with Mino yesterday. Let’s eat something good soon. You pay though.” 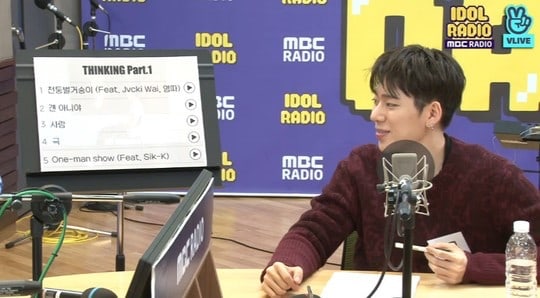 Zico’s No.1 self-written song was revealed to be “Artist.” He stated, “I also worked on this song for a very long time. This was the time when my musical ambitions were overflowing the most. It’s a song I made while thinking I couldn’t lack anything and that it had to be perfect. I thought that it was really well made even when I listened to it later. It can sound like self-praise, but the reason why I focus on one project for a long time is so that I won’t be embarrassed when I listen to it later. This song was like that. The arrangement took months, and it’s still a song that I can easily listen to.”

When asked about the track that brought him the most royalties, Zico said, “It’s hard to choose one song if you look at it periodically because I don’t know that information. The song that I was shocked by when [the royalties] came in all at once was Wanna One’s ‘Kangaroo.'”

Zico released his latest solo album “THINKING Part. 1” on September 30. Check out the MVs for his title tracks “Daredevil” and “Human” here!

Block B
Zico
XPN
Idol Radio
How does this article make you feel?