As Lovelyz’s Kei made her solo debut on October 8, she talked with the press about the support she received from her members, her hope to become a good role model, and more.

During the interview, Kei shared why she decided to release her solo music under her real name, Kim Ji Yeon. “I really worried about it a lot,” she said. “I considered whether it would be good for me to release it as Lovelyz’s Kei, and I thought about it a lot along with our agency CEO. He said, ‘It would be good if you debuted as Ji Yeon and raised awareness about Kim Ji Yeon,’ so I trusted what he said and did that. Since I can’t let go of the name Kei, I’m releasing it as Kim Ji Yeon (Kei).”

When asked how her solo release is different than her work with Lovelyz, she said that she thought a lot about her style for the album. “I’m a member who hasn’t had a transformation before, so I tried going blonde for the first time and also no longer have bangs,” she said. “In terms of the songs, I aim to sing in a pretty way for Lovelyz’s tracks. For my solo, I tried to give off a strong and powerful feeling. The music is also different.”

Kei shared that she spent about a year preparing for her solo debut, and that her solo album wasn’t a sure thing even when she received the song. “I was really amazed when I first got the song,” she said. “I was so worried. The members gave me a lot of support. I was worried, but they told me that I could do well. They gave me strength so I felt confident.” 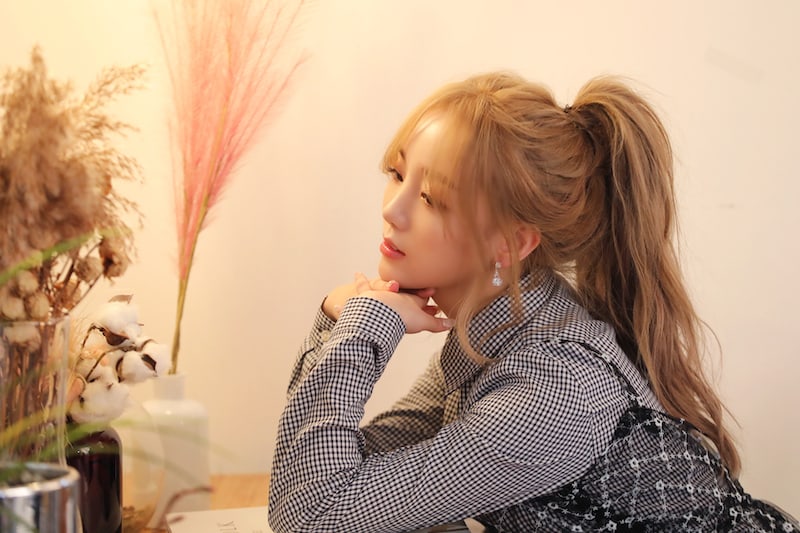 “I think that Lovelyz is going up step by step,” shared Kei. “Our fans also support us. I think we’re doing well.” She went on to say, “I want us to keep going forward in the way we are now.”

She added, “Now that it’s been five years, we feel like a family. We believe in each other so much that we don’t even need to express ourselves in words.”

When asked who’s supported her the most, Kei named Baby Soul. She said, “Since we’ve lived together for five years and we know each other so well, I can tell just by looking at her eyes that she’s supporting me. I feel strength just by her existence alone.” She shared that the Lovelyz members had been really excited and curious about her album, and they told her they knew she would do a good job and that they hope it turns out well.

On the topic of which member might be the next to release a solo album, Kei said, “We don’t talk about that kind of thing. Every single member is talented. I hope that I’ll start things off well and the chance will go to another member. That makes me want to do well even more.” 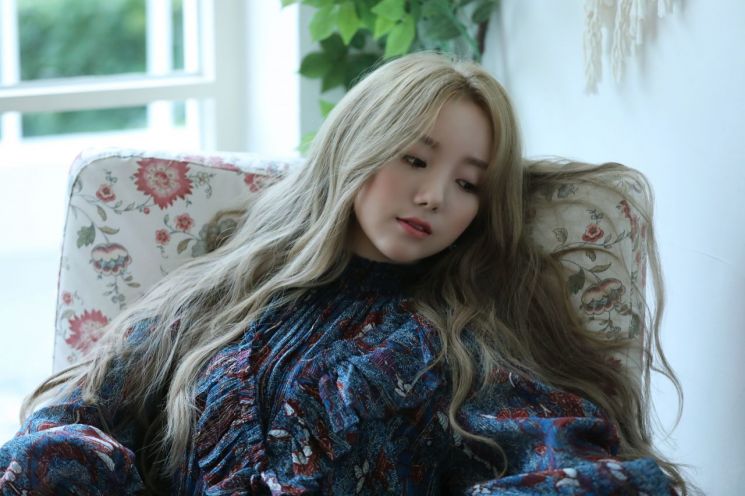 Kei also talked about why she decided to not include any featuring artists on her first album. “I said that I wanted to fill up this album with just my voice,” she explained. “My agency agreed that that was best, so it only has my voice on it. Since there are many chances for that, I wanted to just put my own voice on the album as I make this start.”

When asked to name her role model, Kei chose BoA. “BoA can pull off any genre and the thing I respect the most is that she hasn’t forgotten her original intentions,” she said. “She still practices so hard and I want to model myself after her.” She added, “I also feel a sense of responsibility about the need for me to appear in a good way to junior artists. Like BoA, I want to always keep developing.” 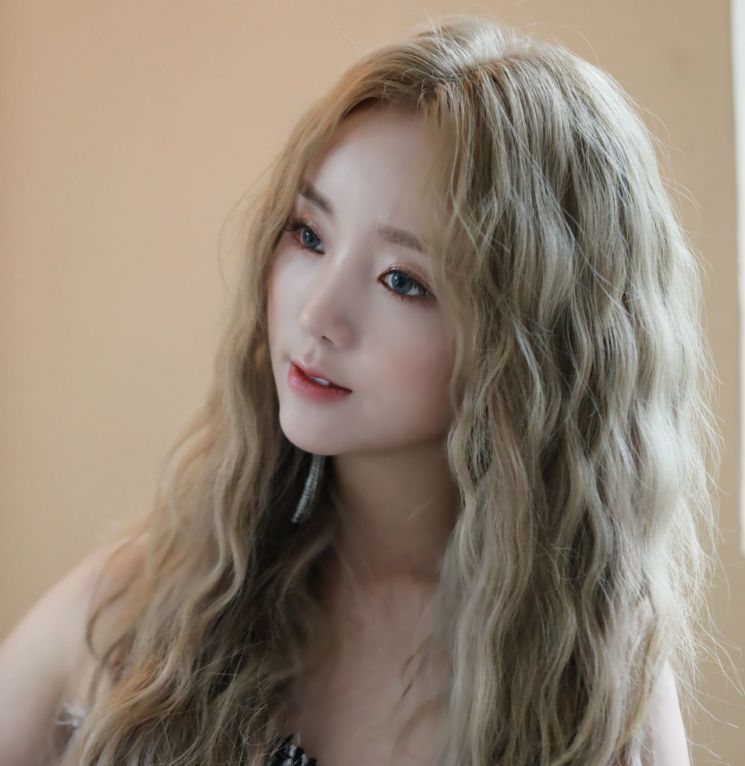 In particular, Kei was asked about Woollim’s new girl group Rocket Punch, who debuted in August. She shared that she’d heard through her manager that the group was looking forward to her music. “I want to buy them a meal,” she said. “Since we’re all busy there haven’t been many chances for us to meet up.”

However, she added, “Since we’re under the same agency, I feel an affection for them. Although we’re not close, I continue to monitor what they’re doing. They’re doing so well. I want us to get really close through this solo album.” She laughed and said, “Although I’m not in a position to give them advice, I definitely want to buy them a meal.”

When asked if she feels a unique sense of responsibility because Rocket Punch is Lovelyz’s first female junior artist at the agency, Kei replied, “I think the only thing I can do is work harder because I want to make people think, ‘I want to be like senior artist Lovelyz’s Kei.’ I want to be a senior artist that can be a role model for others.” She explained, “When we were trainees, we dreamed of debuting while watching INFINITE. We’re trying now to be that kind of senior artist to Rocket Punch.”

Kei’s first solo mini album “Over and Over” was released on October 8 and features the title track “I Go.”

Lovelyz
Kei
Rocket Punch
How does this article make you feel?