Previously on August 5, a rumor began to quickly spread online that Kim Nam Gil and Jang Nara would be getting married in November after seven years of dating. Kim Nam Gil, Jang Nara, and Dispatch all released statements denying the baseless rumor.

“Trans-Siberian Pathfinders” showed footage of the day on which the rumor spread. Kim Nam Gil woke up to find a flood of messages on his phone and his name trending on real-time search rankings. In shock, he asked, “I’m getting married?” 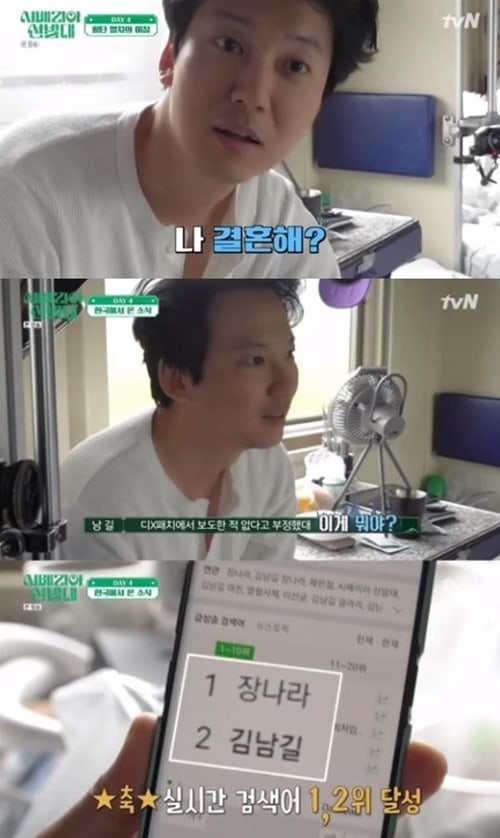 To the production team, Kim Nam Gil wittily said, “Since our wedding invitations aren’t made yet, we’ll send them out once they’re done. Please come.” He added, “I’m wondering what this is. I want to take the time to sincerely apologize to Jang Nara.”

The other members of the variety program also expressed their surprise, asking, “Were you originally close to Jang Nara?” Kim Nam Gil explained that he doesn’t know her very well. The members lightened up the mood by saying that it would be a shame on Jang Nara’s part to get married to Kim Nam Gil.

Meanwhile, Kim Nam Gil continued to express that he felt apologetic, saying, “I am sorry to Jang Nara. This kind of rumor can be more damaging to women.”

Watch the clip from the variety show below!