“Leverage” Shares Intriguing Relationship Chart Of Characters Ahead Of Premiere

The chart shows that Lee Tae Joon needs help from Hwang Soo Kyung and Jung Ui Sung, but Hwang Soo Kyung shows an angry reaction from a mysterious case from three years ago while Jung Ui Sung is suspicious that this may be a trap. Lee Tae Joon manages to lure Go Na Byul to his team with a promise of double the original offer and includes Roy Ryu despite the fact they may be enemies.

Also, Go Na Byul claims Roy Ryu’s appearance is her ideal type while her arrow towards Jung Ui Sung show they have a feisty chemistry.

On top of that, the chart shows there are four additional characters related to Lee Tae Joon. Shin Yoo Ri (Choi Ja Hye) is his ex-wife, Jo Joon Hyung (Kim Joong Ki) is his hometown friend, Park Ki Ho (Kim Kwang Sik) is his reliable friend, and Yang Chul Soo is his good superior. Then there is also a mysterious figure nicknamed “Chief” who Lee Tae Joon is going after. 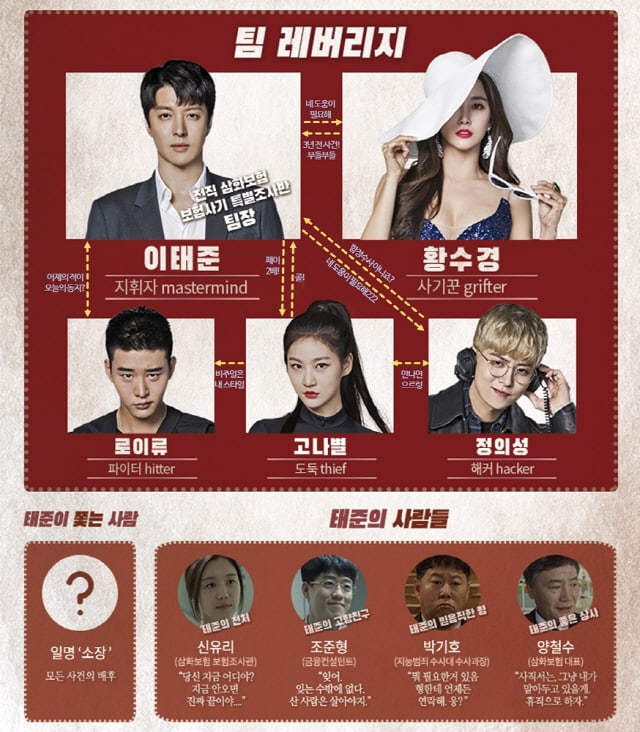