IU made another impromptu voice appearance on MBC’s “Funding Together”!

“Funding Together” is a new variety program in which celebrities come up with ideas that may be difficult to achieve alone, but are made possible with the help of viewers and crowdfunding.

On the October 13 broadcast of the show, the cast came together to assist Jang Do Yeon with her project, which involved helping out at an apple orchard that had been damaged by a typhoon.

While walking through the orchard, Yoo In Na spotted a small and cute apple that reminded her of her close friend IU. She immediately sent a photo of it to IU, who humorously replied, “Bring back apples for me! Hide them in your bag.” 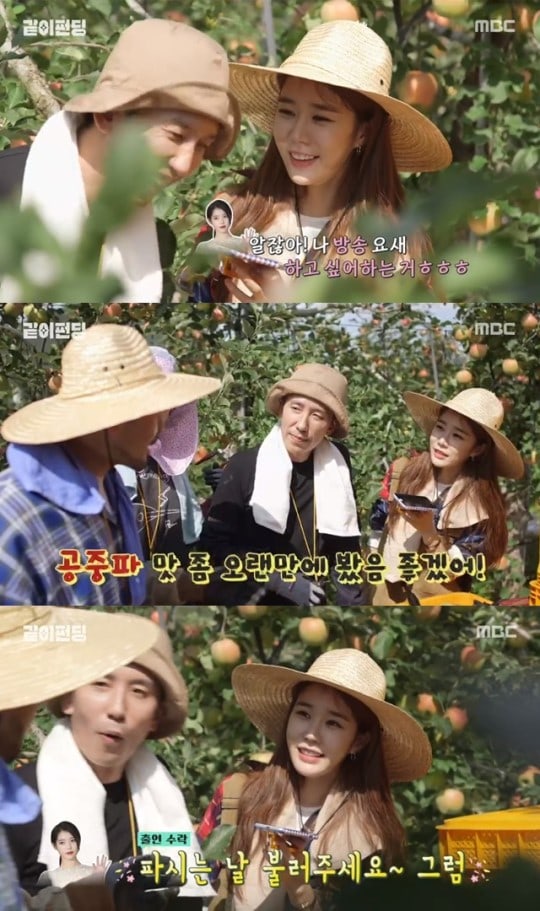 At Yoo Hee Yeol‘s request, Yoo In Na then decided to call IU to ask if she would come on the show. IU responded positively, saying, “You know I’ve been wanting to go on variety shows these days. Call me on the day you sell the apples.”

Yoo In Na showed her trust in her friend by commenting, “IU’s the type who always keeps her promises no matter what.”

IU later went on to share photos of herself with an apple from the orchard, proving the similarity. 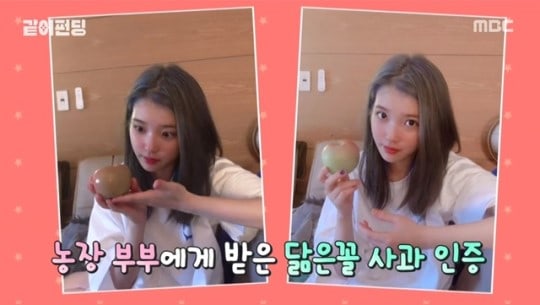 Would you be excited to see IU to appear on the show?

IU
Yoo In Na
Funding Together
How does this article make you feel?