On October 14, Good Data Corporation posted their weekly rankings of the most buzzworthy dramas and actors. The results are from the company’s analysis of 25 currently airing and upcoming dramas from October 7 to October 13.

KBS 2TV’s Wednesday-Thursday drama “When the Camellia Blooms” took the No. 1 spot on the list of buzzworthy dramas for the second week in a row. Main leads Gong Hyo Jin and Kang Ha Neul were No. 2 and No. 7, respectively, on the rankings of buzzworthy actors.

Coming in at No. 2 was MBC’s “Extraordinary You,” which saw a 63 percent rise in its buzzworthy rating due to its interesting story and its refreshing take on the original webtoon. SF9’s Rowoon and Kim Hye Yoon similarly saw a sharp increase in their ranks on the list of buzzworthy actors, taking No. 4 and No. 5, respectively.

JTBC’s “Flower Crew: Joseon Marriage Agency” rose to No. 3 this week. Park Ji Hoon maintained his spot at the top of the ranking for buzzworthy actors for the fourth consecutive week, and his co-star Gong Seung Yeon rose to No. 10.

Other notable dramas include MBN’s “Graceful Family,” which jumped three places to take No. 7 in the ranking, and KBS 2TV’s daily drama “A Place in the Sun,” which also rose to No. 10. 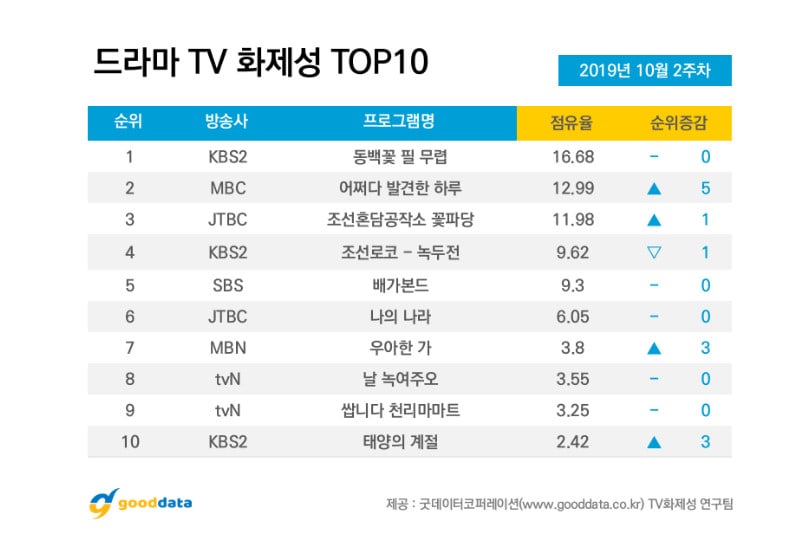 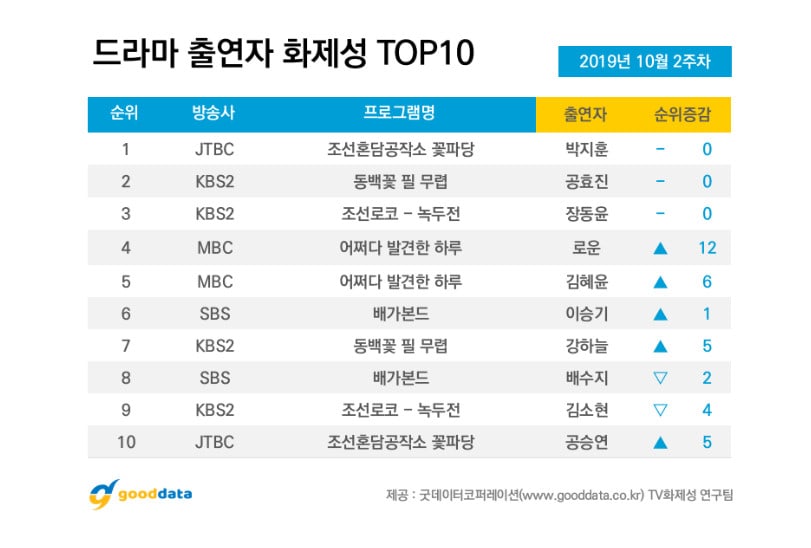