Hyunsik Talks About Support From BTOB Members And Fans For Solo Debut, Filming In A Spacesuit, And More

BTOB’s Hyunsik expressed gratitude for his members and fans.

On October 16, the singer appeared as a guest on MBC FM4U’s “Idol Radio” to promote his solo debut mini album “RENDEZ-VOUS.”

Speaking about his first solo performance on MBC Music’s “Show Champion,” Hyunsik said, “I think it was my first time being on stage alone, so I thought about the BTOB members a lot, and I felt nervous and sad too.”

When asked about support from his fellow BTOB members, Hyunsik replied, “They definitely cheered for me. I guess Seo Eun Kwang watched my MV yesterday. He said that it was really cool and that I did a good job acting.” He revealed that the words that gave him the most strength were, “It’s Hyunsik-like” and “It sounds like Hyunsik’s music.”

The BTOB member commented on wearing a spacesuit for his concept. “It was so hot inside of the spacesuit,” said Hyunsik. “It was over 30 degrees Celsius (approximately 86 degrees Fahrenheit) when I was filming the album jacket photos. It was before the arrival of fall and the filming site was Mars.” 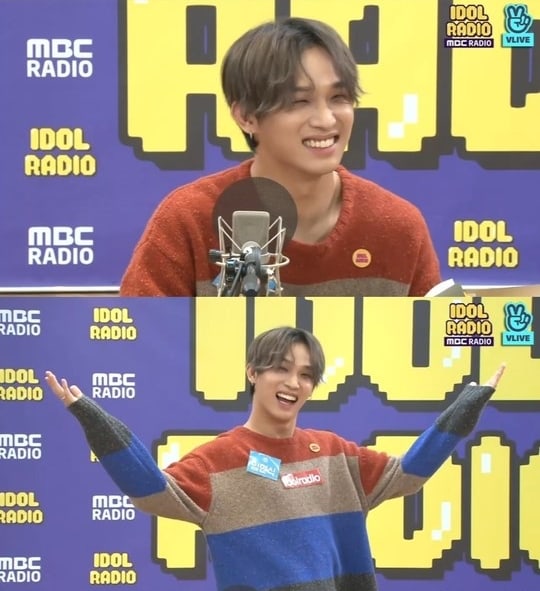 Hyunsik composed, wrote lyrics for, and arranged all six songs on the album. “To be honest, it was difficult,” explained the idol. “I felt a lot of the pain of creativity. When that happened, I walked a lot and thought positively.” While speaking about the b-side track he played the instruments for, Hyunsik added, “I learned how to play the guitar and piano when I was young and listened to the bass and drum a lot.”

“I want to take this music to space,” stated Hyunsik as a one-sentence summary of his album. “It’s really my wish. It’s a wish that I sincerely hope for.”

On a past broadcast, Hyunsik chose BTOB’s “I Miss You” as his favorite self-composed track. Following his solo release, he answered, “Right now, I love ‘Dear Love’ in this album the most.'” He then chose his eyes as his favorite feature. Hyunsik explained, “I think they’re small but deep. And I think I said that since I smile with my eyes a lot.”

Hyunsik wrapped up the broadcast by speaking about his upcoming plans and gave a message to fans. He said, “I’m holding a solo concert on November 2 and 3. Thank you so much for waiting and I’m sorry that it was late. Let’s continue to fly together at the same speed while looking at the same place.”

Describing BTOB’s fandom Melodys, Hyunsik stated, “Melodys are my light. I’m not someone who shines, but I shine because Melodys are by my side. The track that encompasses that is track No. 4. It’s been a while and I also waited a lot. Thank you for waiting and I’ll work harder to become an even more amazing Hyunsik. I’m living every day while always feeling sincerely grateful. Thank you.”

BTOB
Hyunsik
Idol Radio
How does this article make you feel?