Byul set the record straight about her appearance.

On the October 17 episode of KBS 2TV’s “Happy Together,” Byul appeared as a guest along with Baek Ji Young, Shim Eun Jin, and songwriter Yoo Jae Hwan.

Byul recently gave birth to her third child and revealed that there were some misconceptions about her.

She said, “When I upload photos on social media, I get mistaken for having gotten plastic surgery. People say things like, ‘Do you just get plastic surgery with the money your husband earned?’ Because I repeatedly got pregnant and gave birth, I gained and lost weight, and there were involuntary changes [with my appearance].”

She added, “It’s not that I’ve never gotten plastic surgery, but I haven’t gotten any after getting married.” Poking fun at herself, Baek Ji Young joked, “I suddenly feel uncomfortable sitting next to her.” 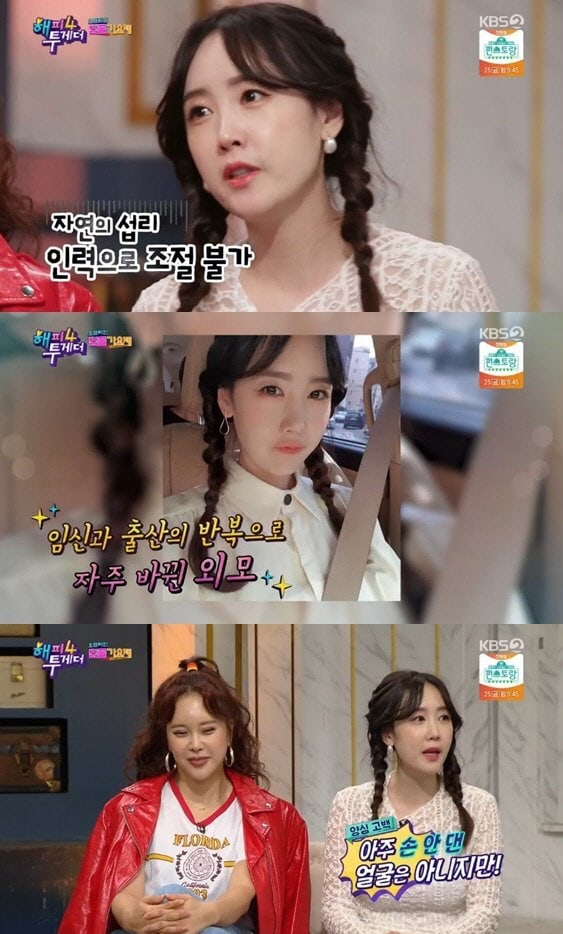 Byul
Happy Together
How does this article make you feel?