Lee Seung Gi is desperate to find the truth in the upcoming episodes of SBS’s “Vagabond”!

The newly released stills show Cha Dal Gun’s confrontation with the co-pilot Kim Woo Gi (Jang Hyuk Jin), who survived the plane crash. Although he holds the key to the truth behind the act of terror, Kim Woo Gi has fallen into a terrible state after becoming addicted to drugs. 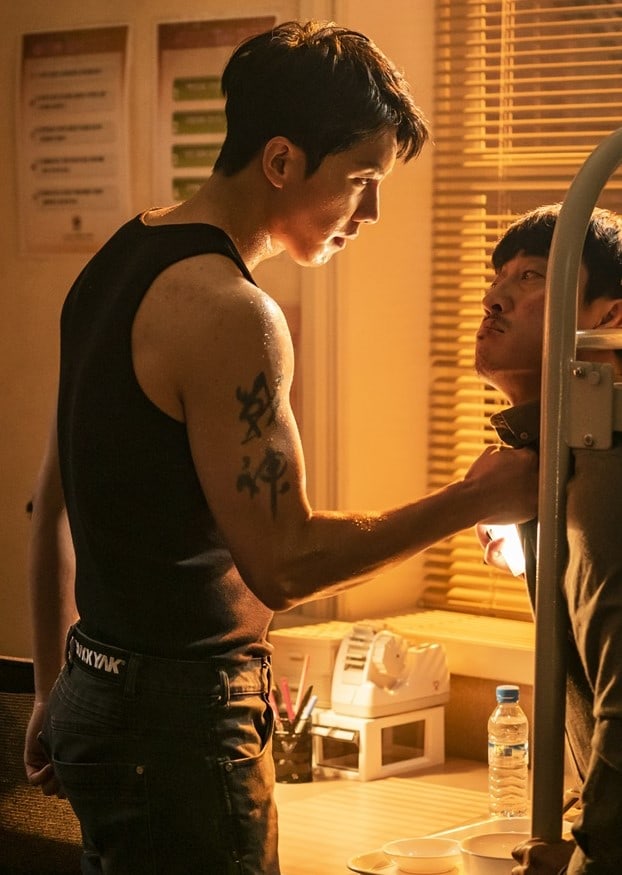 In the previous broadcast, Kim Woo Gi received a leg wound during an ambush led by Lily (Park Ah In) and Kim Do Soo (Choi Dae Chul). After Kim Woo Gi went into shock from losing too much blood following his surgery, Cha Dal Gun offered his blood for a transfusion at the end of the episode. 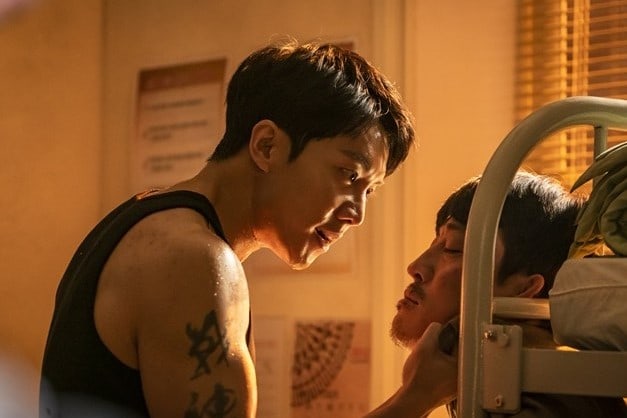 During the filming, Lee Seung Gi continued to look at his script while preparing for the scene by doing push-ups. Jang Hyuk Jin also became one with the script, continuously checking his lines. Although the two actors created an extremely tense atmosphere while acting, they were all smiles as soon as filming was finished, with Lee Seung Gi checking to make sure Jang Hyuk Jin was okay after grabbing him by his collar.

A source from Celltrion Entertainment shared, “Lee Seung Gi and Jang Hyuk Jin made the set focus on their every scene with their passionate acting. In the second half of the drama, all the characters will be fiercely pitted against each other as they slowly show their real selves. Please look forward to the increasingly intense story [to find out] whether Cha Dal Gun will be able to bring Kim Woo Gi safely back to Korea in order for him to face the judgement of the law.”