Netflix’s “Busted!” has released a thrilling new teaser video and the official main poster for Season 2 ahead of its premiere!

The clip begins with the dramatic caption, “If someone’s life depended on your mystery-solving skills…” as the cast members attempt to figure out a mysterious puzzle involving four different clocks. Tension builds as Yoo Jae Suk exclaims, “We don’t have time,” and a timer counts down the seconds as the cast stumbles upon the scene of a fictional murder.

Things then take a more lighthearted turn as Kim Jong Min remarks, “I think I could figure out the answer if I worked on it just a little longer,” and Yoo Jae Suk jokingly responds, “You’re lying.” The caption announces that “the bumbling crew of detectives” is back, “exactly as they were” last season, and the clip goes on to show both Sehun and Lee Kwang Soo screaming in fright while trying to handle a snake.

After an action-packed montage of the cast’s various adventures, the teaser ends with Lee Seung Gi joking, “We won’t live long if we keep going like this.”

The second season of “Busted!” will premiere on November 8. Check out the show’s exciting new poster and teaser video below! 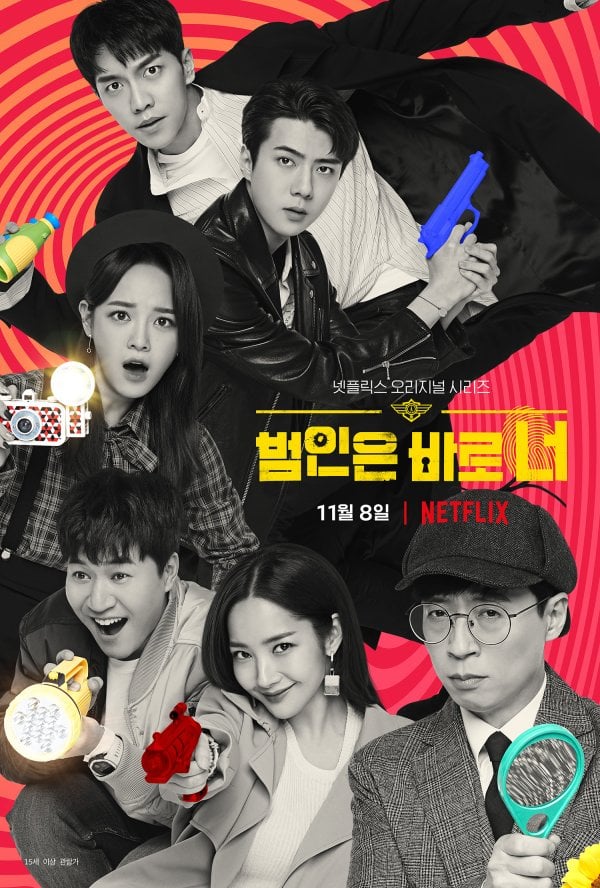