Song Mino Talks About WINNER’s Comeback, Inspiration For Music, And Gratitude For Teammates And Fans

WINNER’s Song Mino is the cover model for the November issue of Esquire!

For the photo shoot, Song Mino wore the Louis Vuitton 2020 S/S pre-collection, flawlessly taking on a variety of unique styles and outfits. 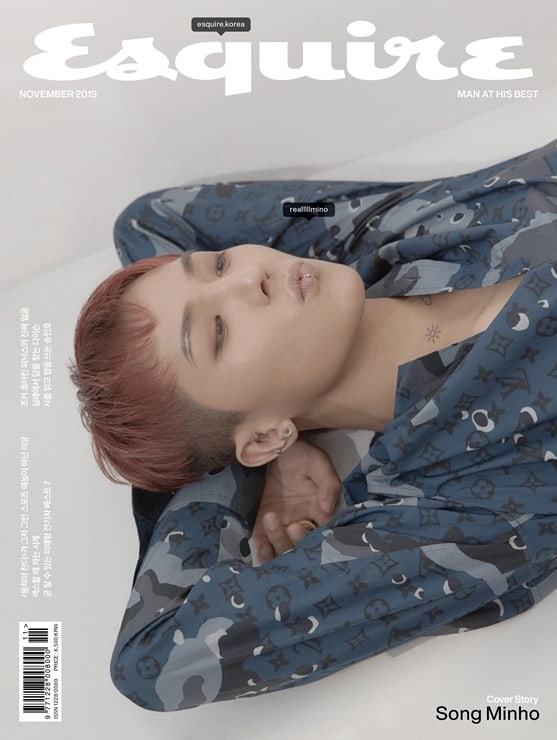 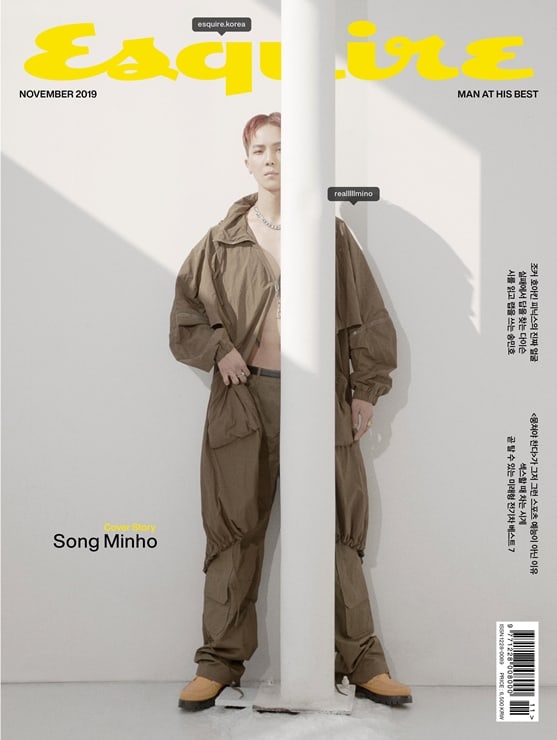 During the interview that followed, Song Mino talked about WINNER’s upcoming comeback, sharing that the album “CROSS” will be comprised of a crossover of genres. He explained that WINNER will be returning with an album that has a clear concept and a more serious message than before. 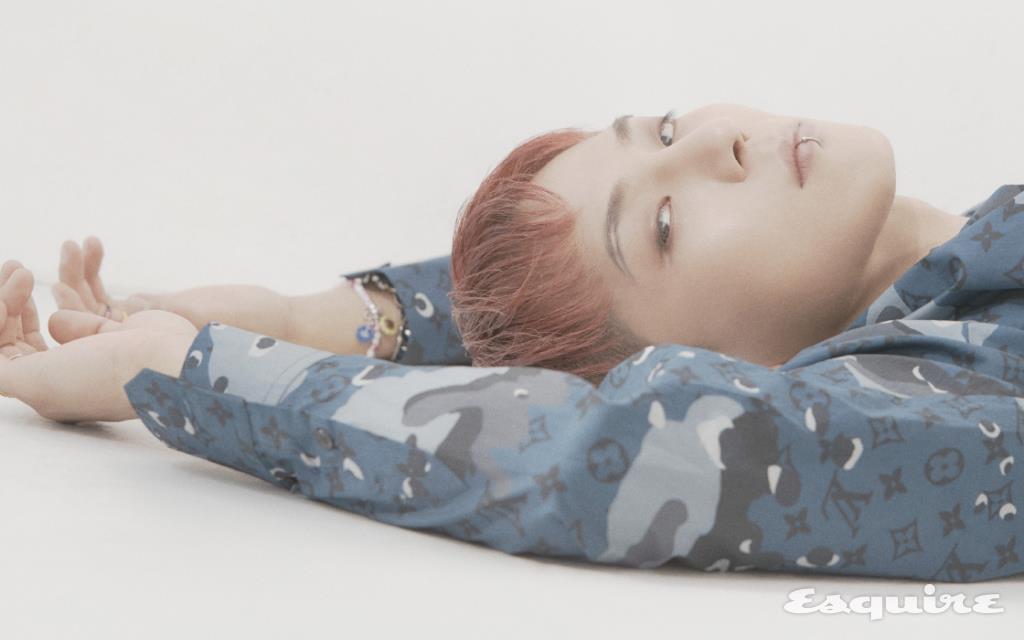 The artist shared that he works on music whenever he has the time, revealing that he set aside a separate room in his house to use as a studio. On inspirations for his music, Song Mino shared that he likes reading poetry. He said, “I don’t really enjoy reading [books],” explaining that he can’t read in one sitting without his busy schedule interrupting the flow of the story. He added, “However, I really like poetry collections. As a person who focuses on delivering a message through rap, the implicit expressions are really interesting.” Song Mino even revealed that he has also been working on writing poetry.

On the differences between working solo as opposed to a group, Song Mino explained that he tries to write lyrics that more people can relate to when writing for WINNER while sharing more personal stories when writing rap lyrics for his individual projects. He also shared his thoughts on promoting solo, commenting, “I felt a greater sense of responsibility [while promoting solo]. I felt the importance of my members, and I especially felt the importance of fans. I’m promoting with an even more grateful heart.” 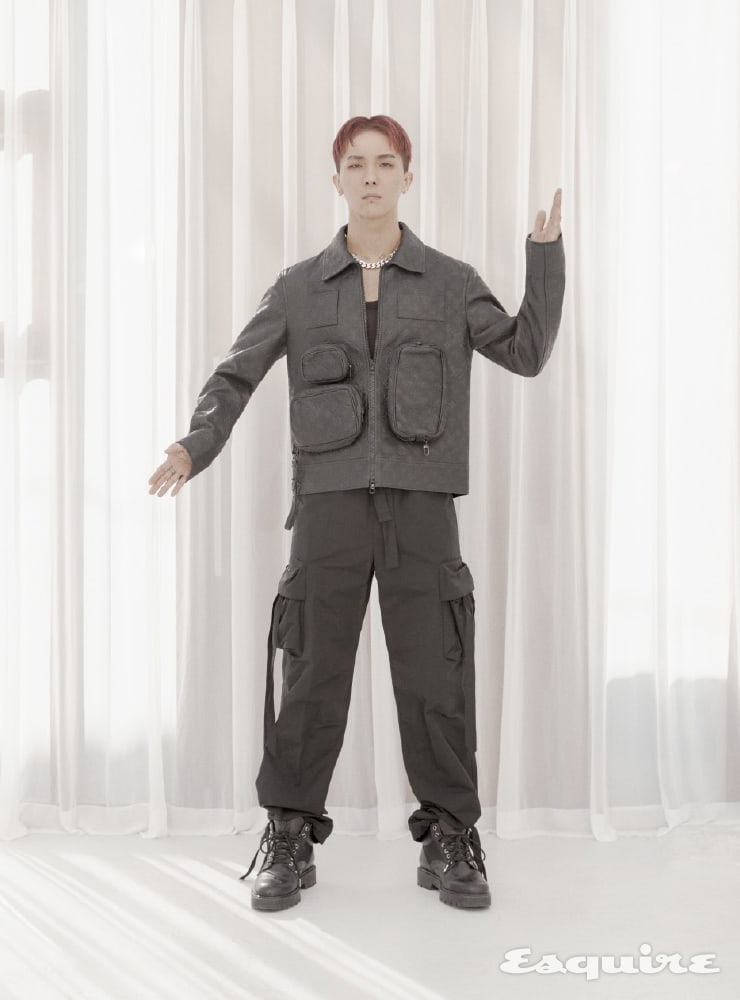 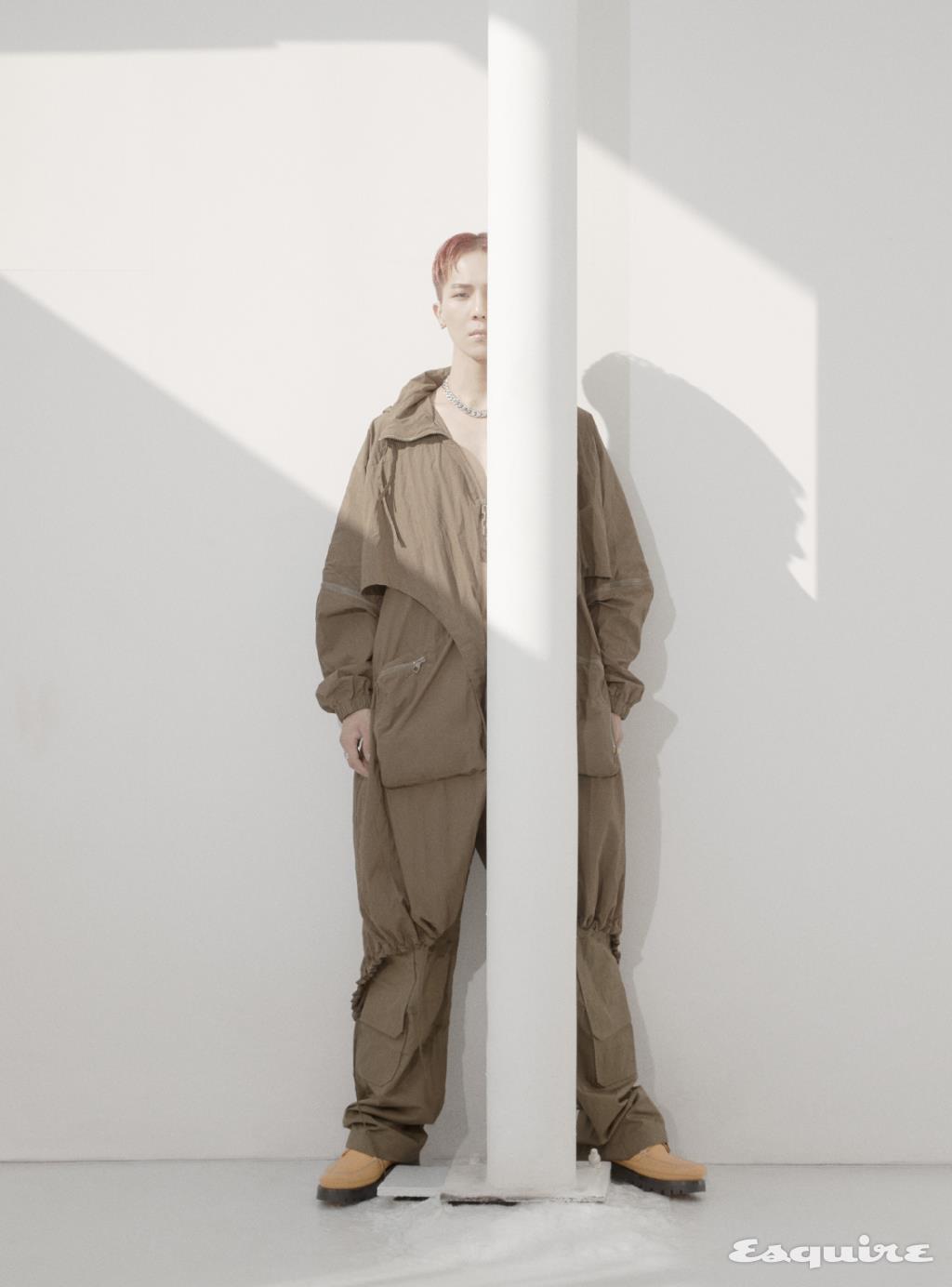 Song Mino briefly mentioned the new season of tvN’s “New Journey to the West” during his interview as well, sharing that the cast members now felt like family. He talked about the drawing skills he showcased on the variety show, sharing that he thought drawing was the method by which he could express himself the most freely. 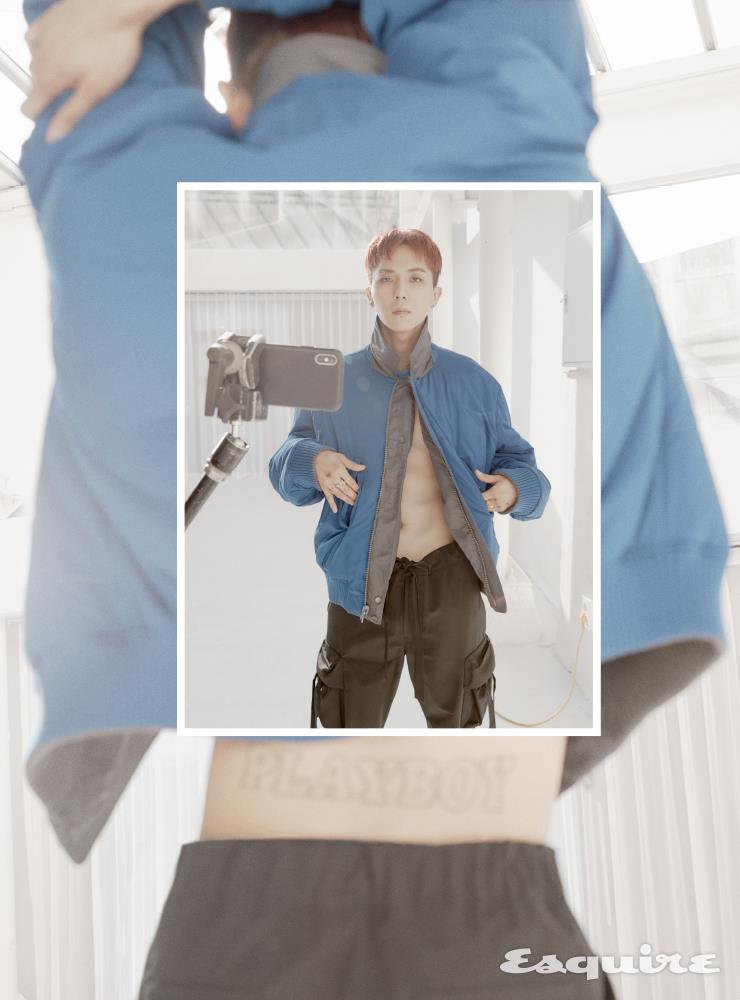 The rapper also talked about his runway debut at Louis Vuitton’s Spring 2020 menswear show. He shared, “When I received the offer, I was so happy, but I couldn’t believe it. It didn’t feel real even when I was in Paris the day before the show [and] even right before I met Virgil Abloh. It was fascinating when I was on the runway. It felt like I was blanking out in a dream-like, weird fantasy place. I was dumbfounded to the point where even after I got off the runway, I wondered where I had just walked down.”

Meanwhile, WINNER is currently gearing up for their comeback with “CROSS” on October 23. They will kick off their “CROSS” concert tour on October 26 and 27 at the KSPO Dome in Jamsil, Seoul.

Check out more photos of Song Mino below! 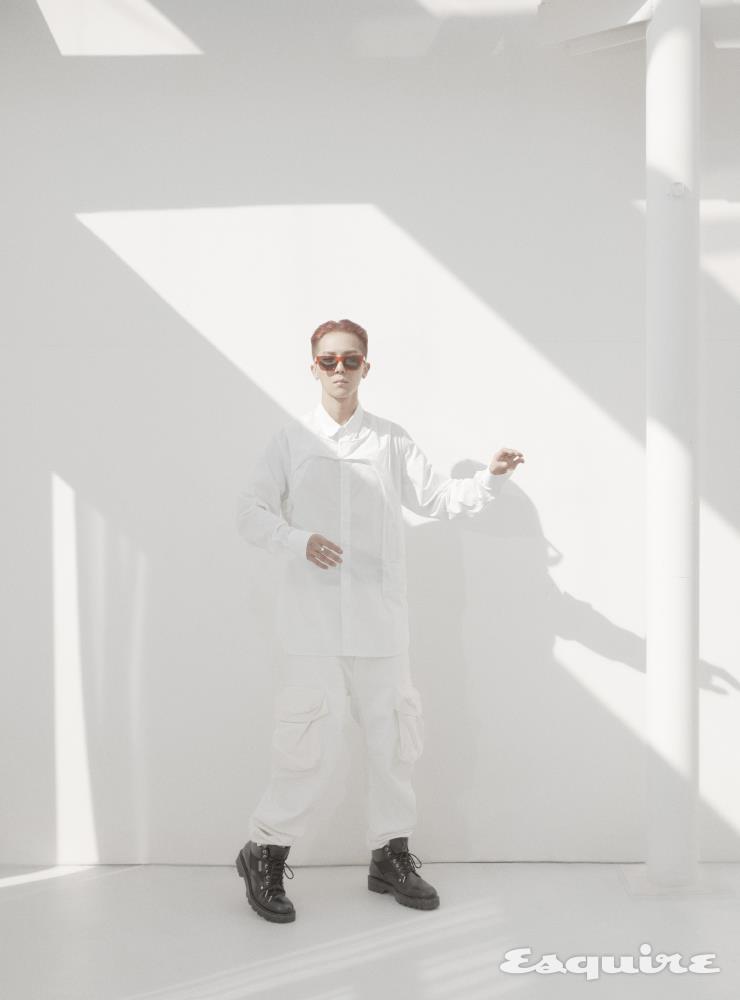 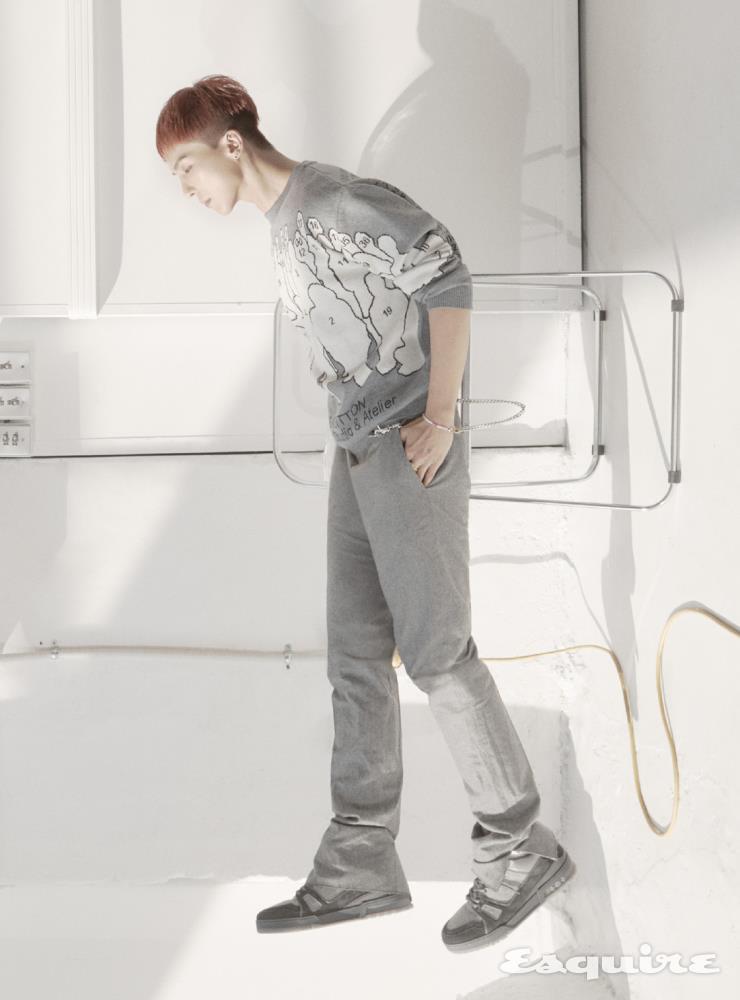 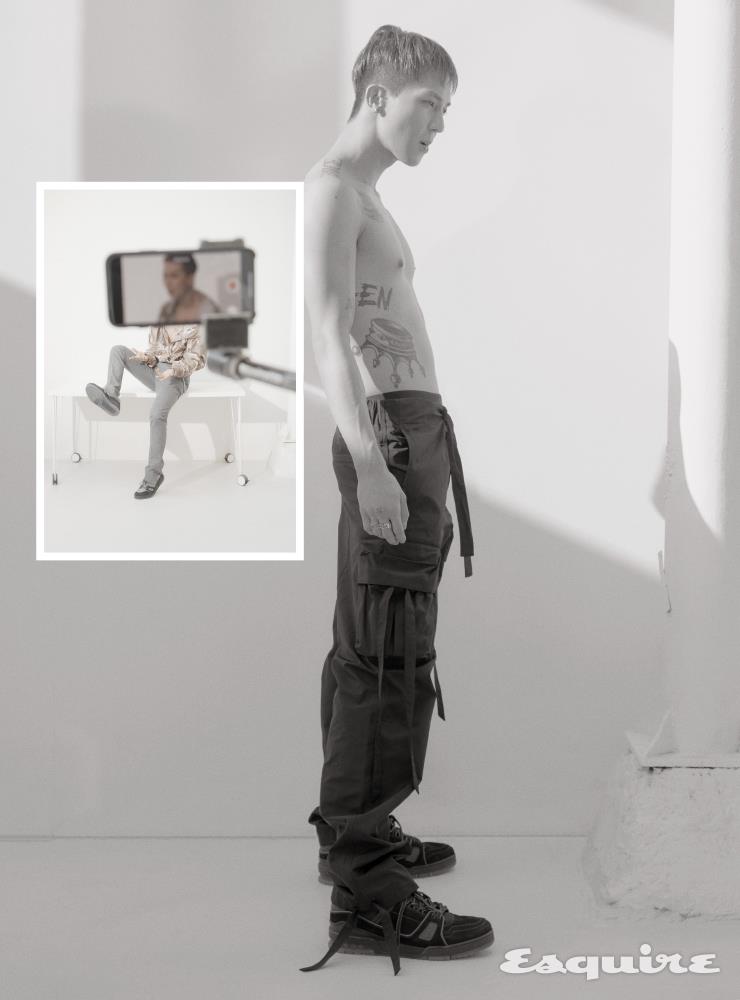 WINNER
Song Mino
Esquire
How does this article make you feel?