“VIP” is described as a “private office melodrama” about a special task force that takes care of VIP clients at a high-end department store. It focuses on telling the stories of working women who balance their professional and personal lives. Lee Sang Yoon plays the team leader, Park Sung Joon, and Jang Nara plays his wife and colleague, Na Jung Sun.

Although the drama kicks off with Na Jung Sun receiving a mysterious text that causes her to doubt her husband, the new stills focus on their happy life before this incident. Na Jung Sun pulls her husband in for a light kiss, which quickly turns into something more intimate and mature. 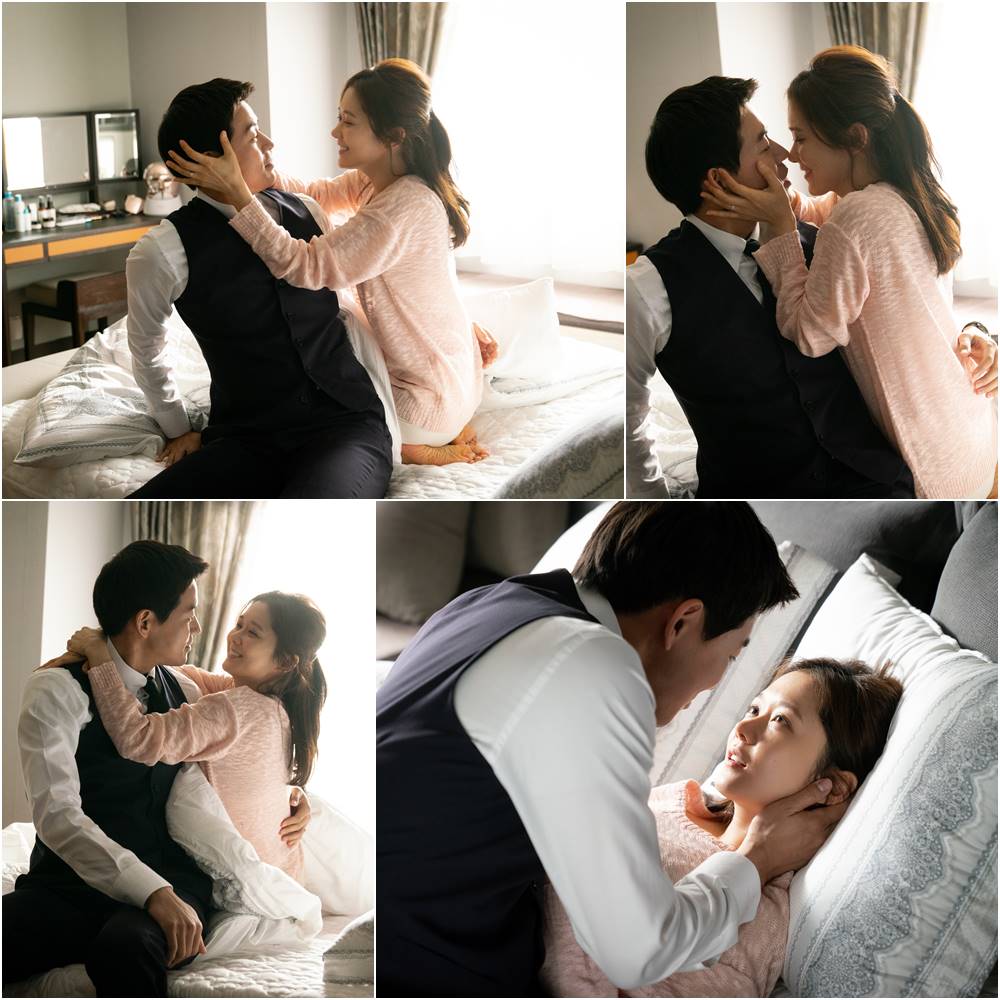 This scene was filmed on a set in Ilsan (Goyang), Gyeonggi Province, in July. The two actors got comfortable in their respective costumes (pajamas for Jang Nara and a suit for Lee Sang Yoon) and rehearsed their physical movements while looking at the script.

As both veteran actors, they even took care of details like the timing of when their eyes should meet. They both became immersed into the scene as soon as the cameras started rolling, and gave the impression of a real married couple.

The production staff stated, “The two actors monitored their scene carefully between takes and poured their all into acting. It was so good that the director felt bad about yelling, ‘Cut.'”

“VIP” premieres on October 28 and will be available on Viki.