Nam Joo Hyuk and Han Ji Min expressed how they feel about already having three confirmed projects together.

On October 28, the actors attended a handprint ceremony ahead of the 40th Blue Dragon Film Awards as the previous year’s award recipients.

Han Ji Min and Nam Joo Hyuk first co-starred in JTBC’s “Radiant” earlier this year, and they recently wrapped up filming for their movie “Josee” (literal title) together. Next year, they will begin filming for their new drama “HERE” (tentative title) by screenwriter No Hee Kyung.

Han Ji Min shared, “We worked together in ‘Radiant’ as Hye Ja and Joon Ha, but it’s hard to say we were partners because we didn’t have very many scenes together. Because we’re working together project after project, it’s nice that we can reduce the awkward phase in the beginning when we start getting to know each other.”

She continued, “Next, we’ll be working together in screenwriter No Hee Kyung’s drama. A lot of other actors are starring in it as well. We’ll be telling the story of an NGO, which is something I’ve always always been interested in. I’m looking forward to seeing Nam Joo Hyuk’s new side, and it’s also a new challenge for me. We now have three projects together, and I’m receiving good energy [from him].”

Nam Joo Hyuk also revealed his thoughts on acting with Han Ji Min, saying, “There’s nothing else to say. It’s an honor, and it’s great. I’m very happy to be able to work with Han Ji Min and other great senior actors.”

The 40th Blue Dragon Film Awards will take place on November 21 at Paradise City in Incheon. The ceremony will be broadcasted live on SBS.

Check out Nam Joo Hyuk’s and Han Ji Min’s handprints and autographs below! 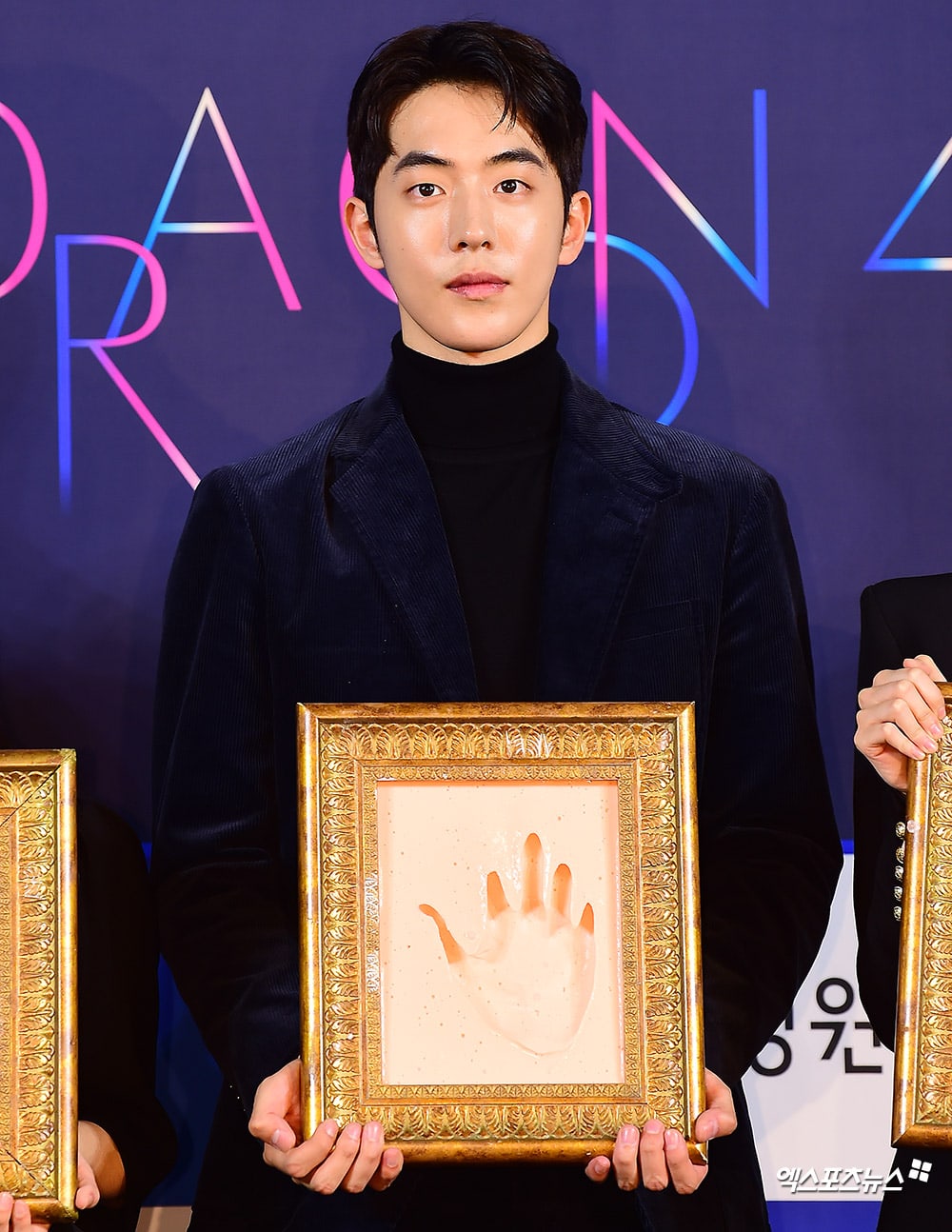 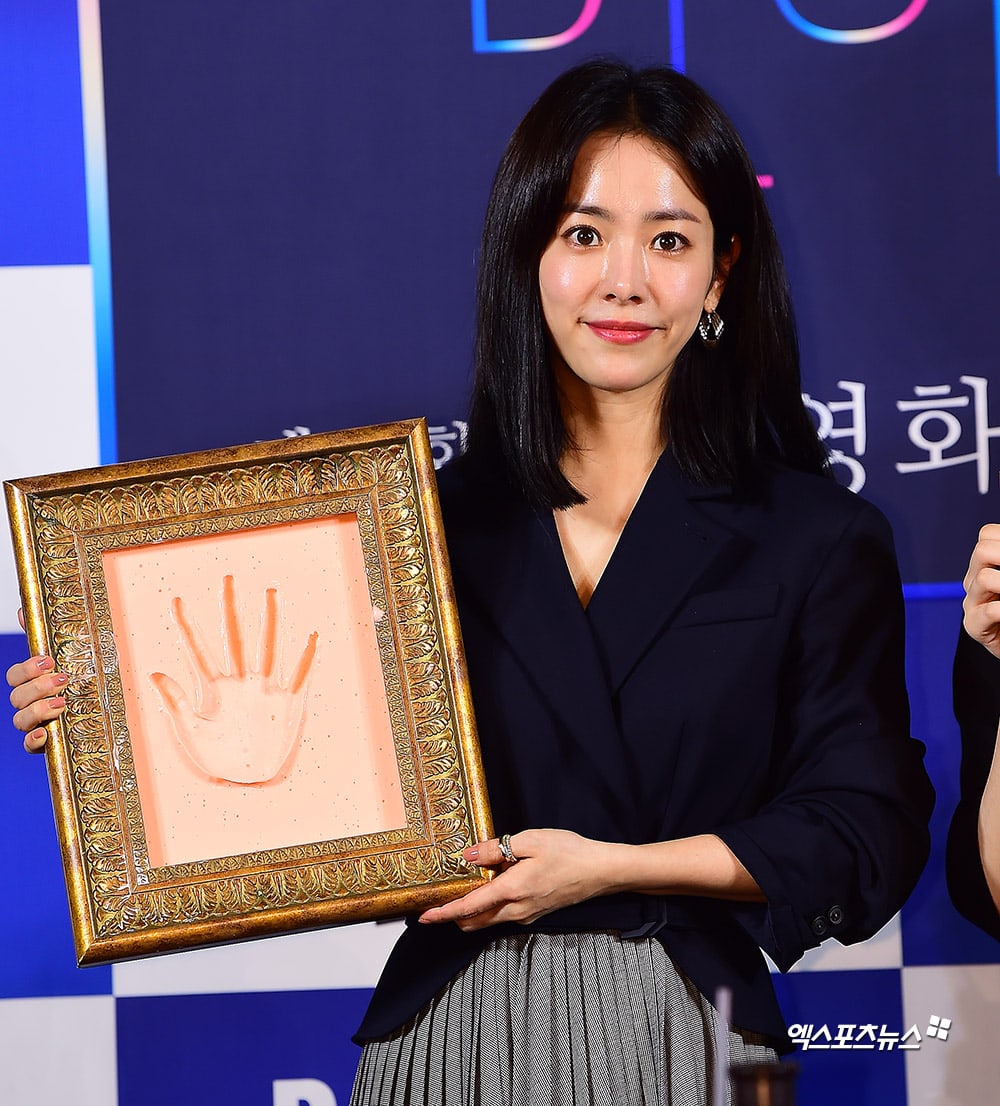 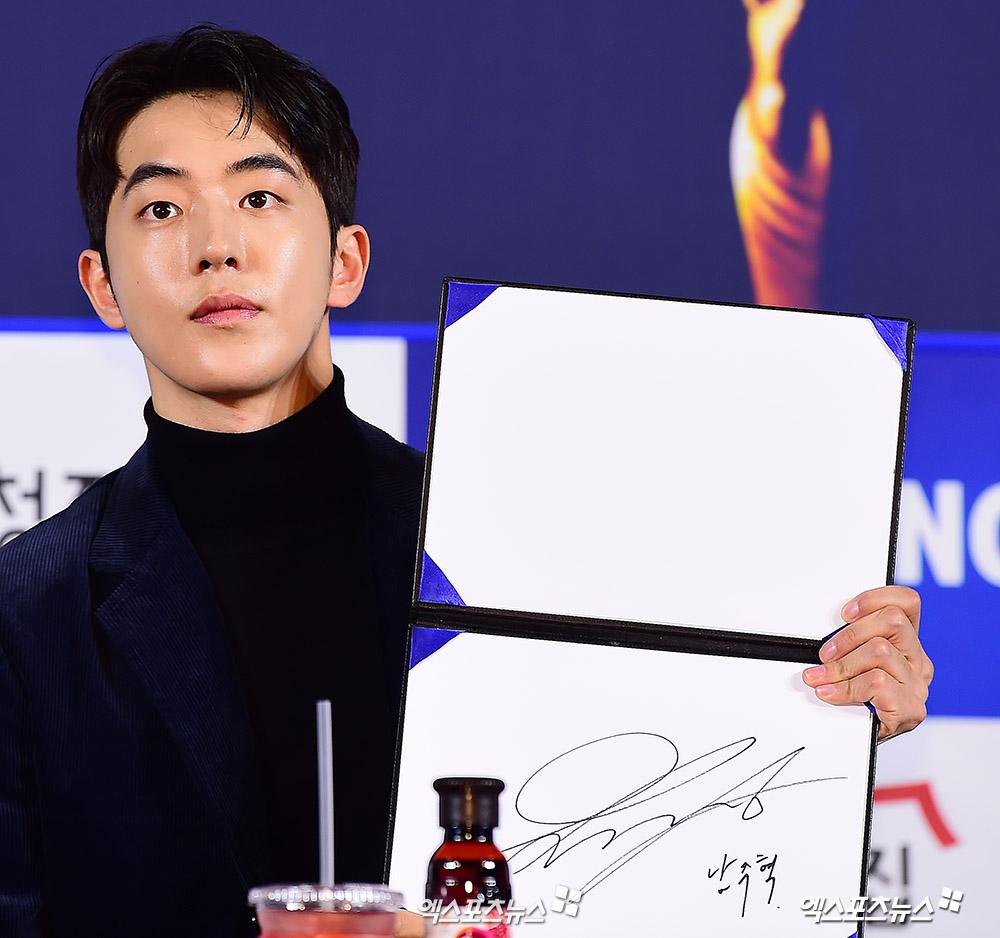 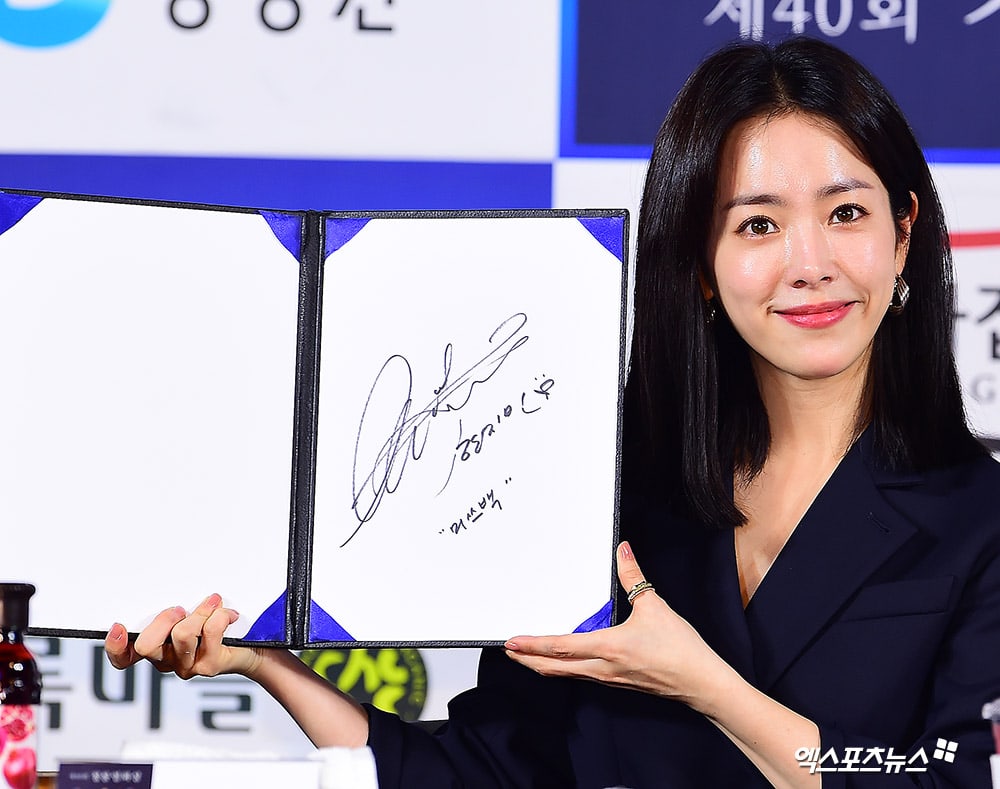