MONSTA X is back!

On October 28, the boy group held a V Live broadcast to announce their comeback with “FOLLOW: FIND YOU.”

Introducing tracks on their newest mini album, MONSTA X began with “Find You.” Wonho said, “This is a song that the members liked as soon as they sang the guide track. Jooheon listened to the song and created the choreography. He said that he can see the choreography when he listens to songs.”

Joohoney stated, “It’s the most difficult song out of all of the songs I’ve recorded till now” and Kihyun added, “The song is very detailed.” 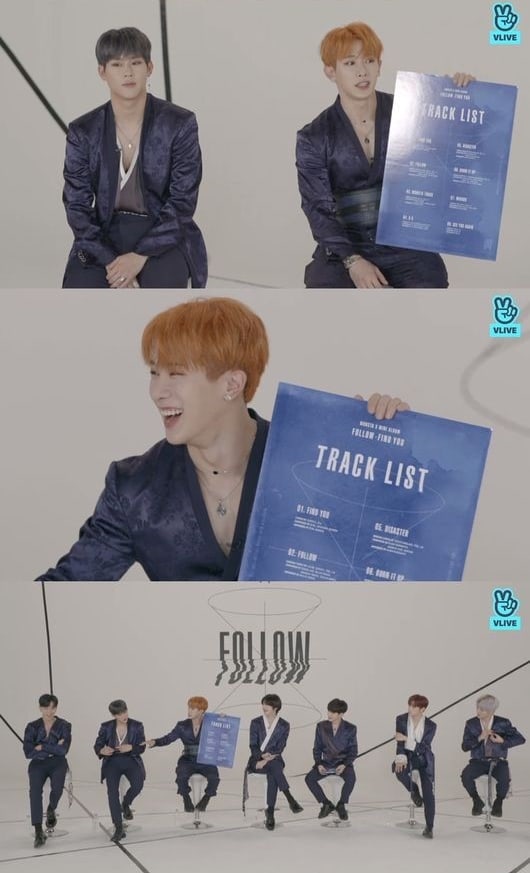 About their title track “Follow,” Wonho explained, “You can listen to our genius vocalist Kihyun’s straightforward high notes again this time.” Minhyuk commented, “All of our songs thus far have been addicting, but this song is especially more addicting. It’s music you’ll keep wanting to listen to.”

I.M then discussed his self-composed track “U R.” “It’s a song I made with my crew,” he said. “I do a lot of genres like trap and soul when working alone. But I thought that it might be too dark to use it with the group, so I made it as R&B.”

Praising the youngest member, Kihyun said, “I.M is gaining lots of attention these days. I.M is being regarded as playing a leading role in making MONSTA X into global idols.”

Wonho and Shownu showed off the “mirror choreography” where they danced while looking at each other. “We’re preparing with a band this time,” revealed Wonho. “We want to show you new music.” 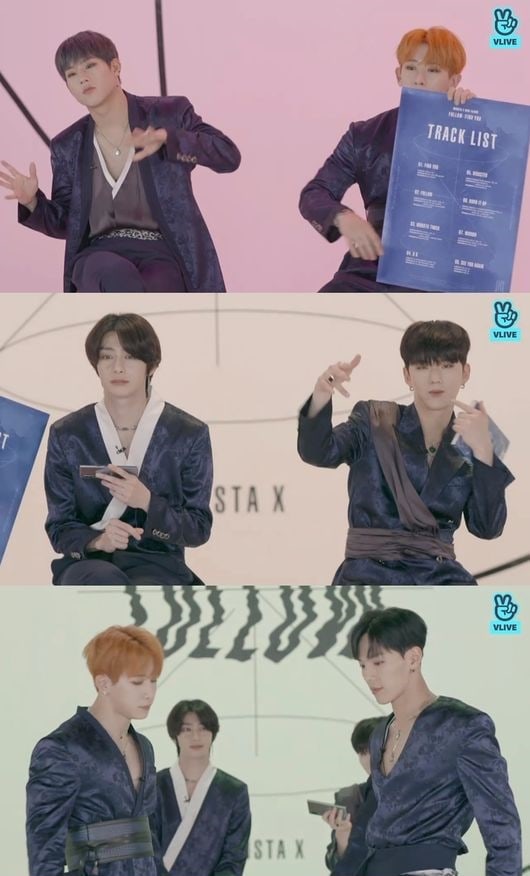 Joohoney described his self-composed track “See You Again,” saying, “It’s a song with sadness that made me emotional while I recorded the guide. It’s about letting someone go but your heart not wanting to let them go. It’s a sad track.”

Wonho added, “The person who made this song let me hear this as ‘Bumblebee’ in the past” and Kihyun revealed, “They were actually going to give me this song. They told me to do it as as solo track, but it was added into the album.”

“I have something to say about this as well,” stated Joohoney. “Kihyun would’ve contacted me if he liked it, but he didn’t say anything. There was no feedback.” 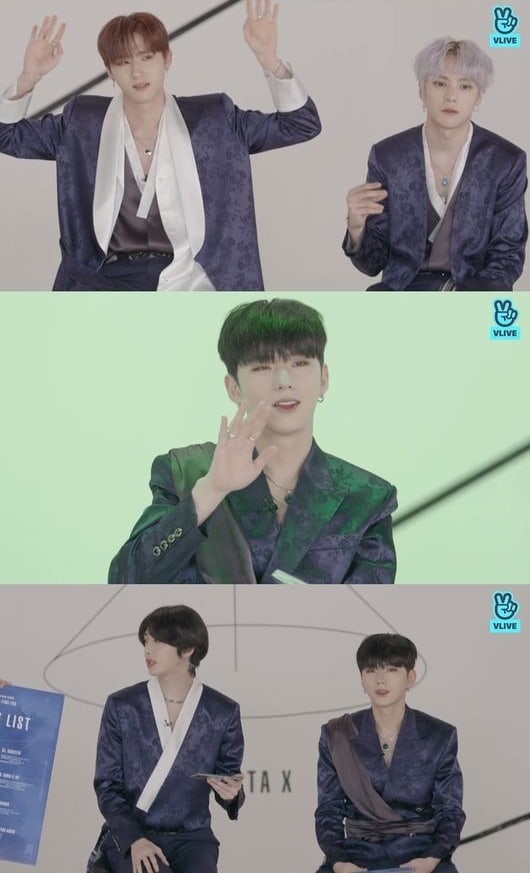