Yubin shared stories from preparations for her comeback!

On October 31, the solo artist appeared as a guest on MBC’s “Idol Radio.”

Yubin recently released her latest title track “Silent Movie” featuring Yoon Mi Rae. The DJs asked, “We heard that you cried when you heard news of Yoon Mi Rae’s featuring. Did you have a relationship prior to this?”

“She’s a senior who I really respect, and I didn’t know that she would easily agree to do this,” replied Yubin. “She’s busy, and I heard that she’s someone who’s difficult to get in contact with for a featuring, but she happily agreed to do it and said that female rappers needed to help each other, so I couldn’t not cry. I was so moved.” 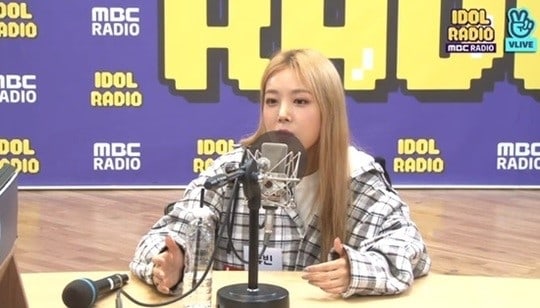 When asked if she directed the rapper in the track, Yubin explained, “She first sent me a recording. She’s someone who doesn’t require directing.”

The DJs were also curious about how Park Jin Young reacted to the song and how he approved it on the first try. Yubin explained, “It’s not easy for that to happen, and the agency’s system always compiles an average score. You have to surpass an average score of 80. But there are songs that are approved [before that process] if [Park Jin Young] thinks it’s really good, and that’s how it happened.”

Yubin then made everyone laugh by imitating Park Jin Young’s expression when he approves of songs. 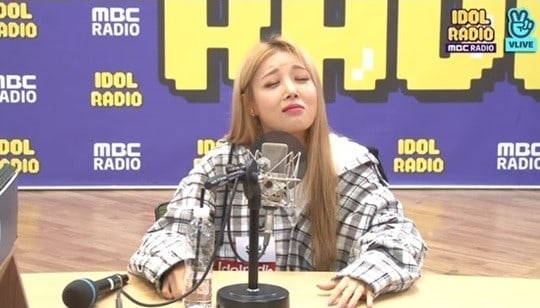