In a newly released interview, BTS’s Jungkook dished on his recent haircut and the status of his highly-anticipated solo mixtape!

While answering fan questions for Most Requested Live, Jungkook finally addressed the haircut that famously left the internet shook last month. After months of growing out his hair, the BTS member surprised his fans in October by suddenly shedding his long locks for a shorter cut, causing the dramatic phrase “HE CUT HIS HAIR” to trend on Twitter in multiple languages.

When asked why he had decided to cut his hair, Jungkook explained, “First of all, my hair was too damaged, so it was hard to manage and style.” RM immediately agreed, “Yeah, it was too damaged,” and J-Hope commented encouragingly, “It’s prettier now.”

RM added, “Still, it was nice that we got to see it,” and Jungkook revealed that he was open to the possibility of returning to a longer hairstyle in the future.

“Later on, if the opportunity arises, I’ll grow it out again,” declared Jungkook. V then chimed in, “I’ll grow [my hair] out next,” and the two bandmates happily exchanged a high-five. 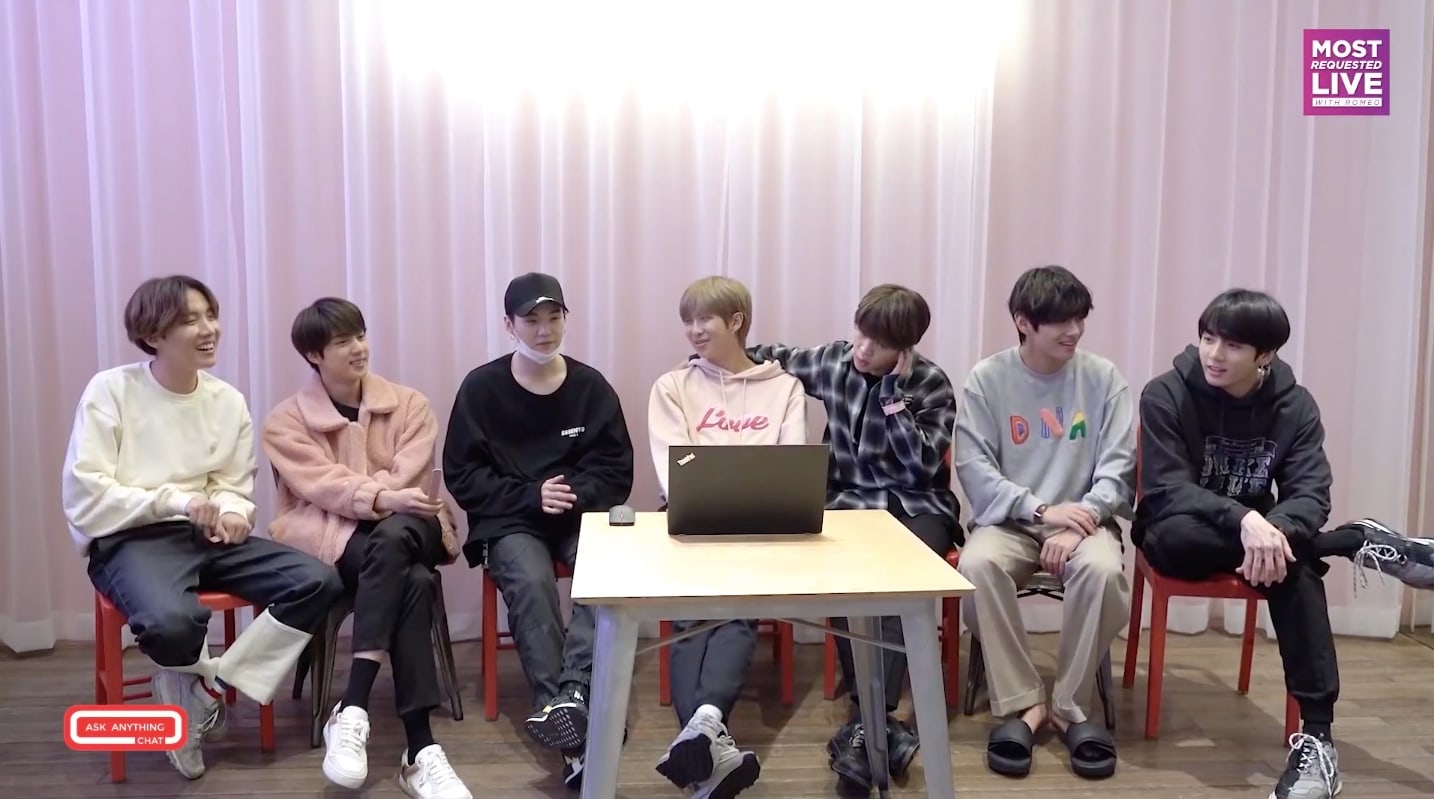 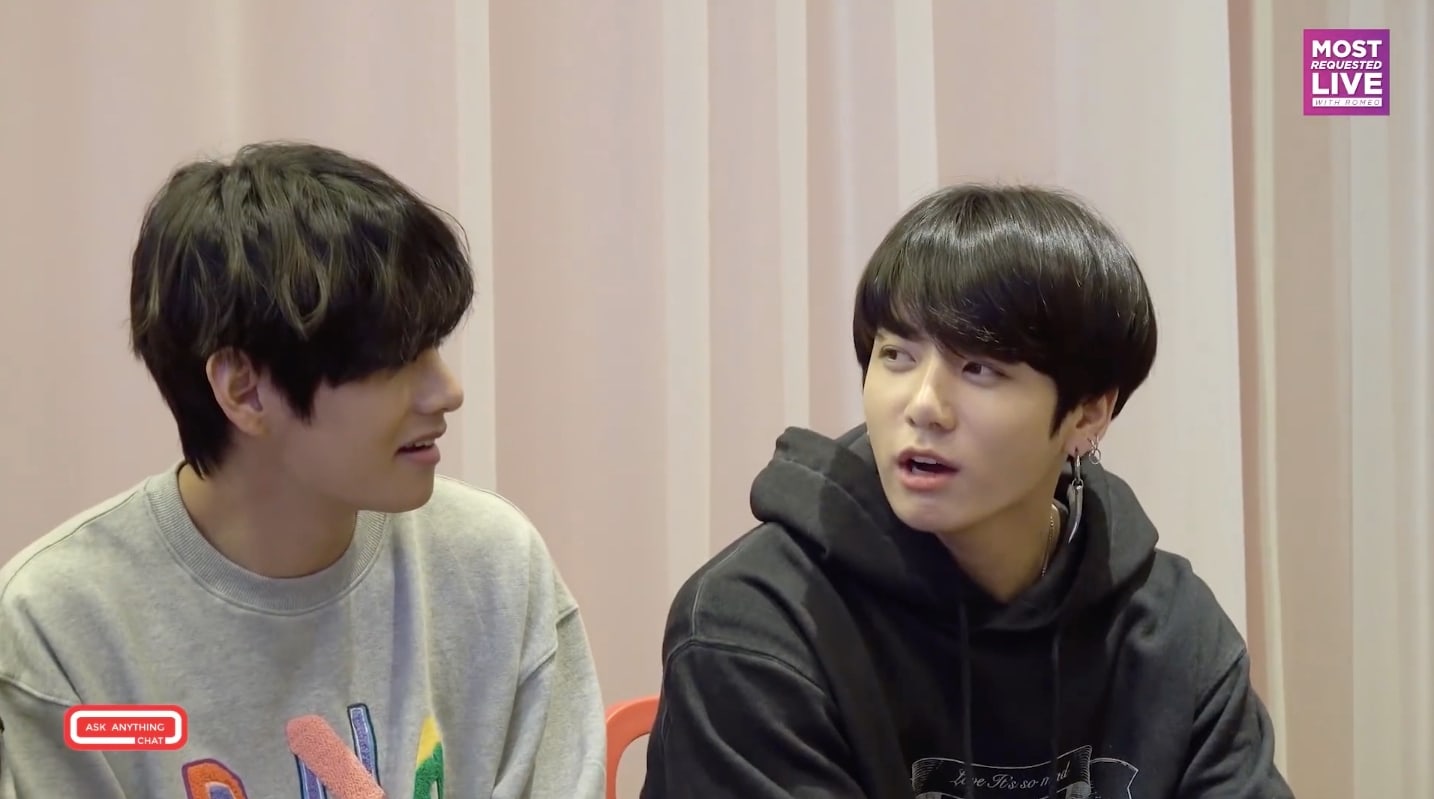 At another point in the interview, Jungkook responded to a question about when his long-awaited mixtape—which he first mentioned in May 2018—would finally be released.

“I’m still working on it,” revealed Jungkook. “I finished recording the whole thing, but now I’m re-recording everything from the very beginning.”

Suga warned, “I promise you, if you edit [the mixtape] that way, you’ll never end up releasing it.” Jungkook replied, “So rather than a mixtape, I’m thinking of releasing one song quickly.”

When Suga laughed, “Even if you regret it, you have to just release it and then regret it afterwards,” Jungkook insisted that he needed to take his time, explaining, “I don’t want to have any regrets.” 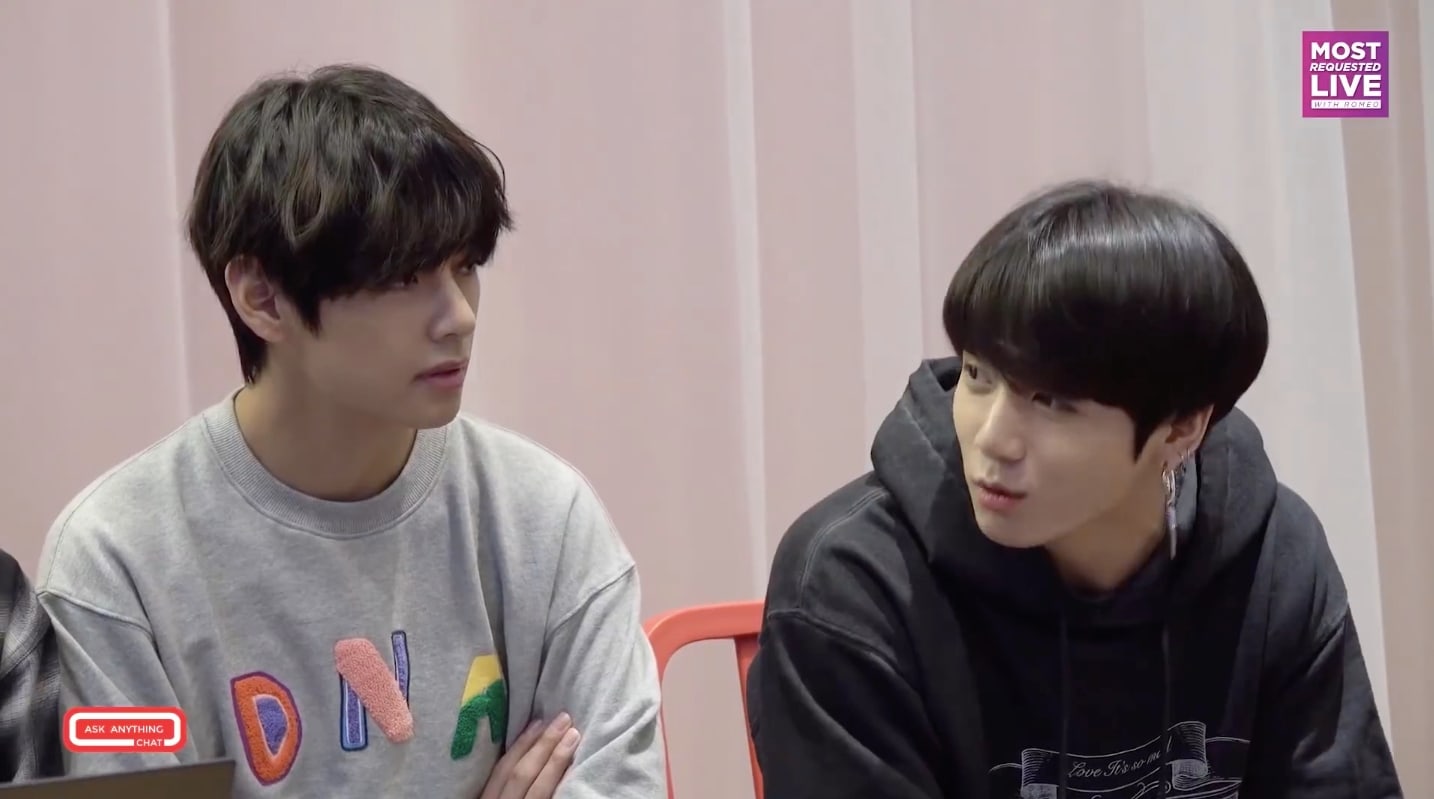