With every episode of “Extraordinary You,” SF9’s Rowoon is being more acknowledged as a versatile actor.

“Extraordinary You” tells the story of a high school student named Eun Dan Oh (Kim Hye Yoon) who discovers that she is a character in a manhwa (Korean comic). When she meets a nameless extra in the story who she later names Ha Roo (Rowoon), she decides to go against her predetermined fate and find true love.

Not only is Rowoon drawing attention with his good looks and tall physique, but he is also in the spotlight for his diverse acting abilities. First, Rowoon portrayed the naive, silent Ha Roo, a nameless extra in the story that no one paid attention to. Later on, Rowoon acted as the cold, sharp Ha Roo who forgot all his memories of Eun Dan Oh and was loyal to Baek Kyung (Lee Jae Wook). 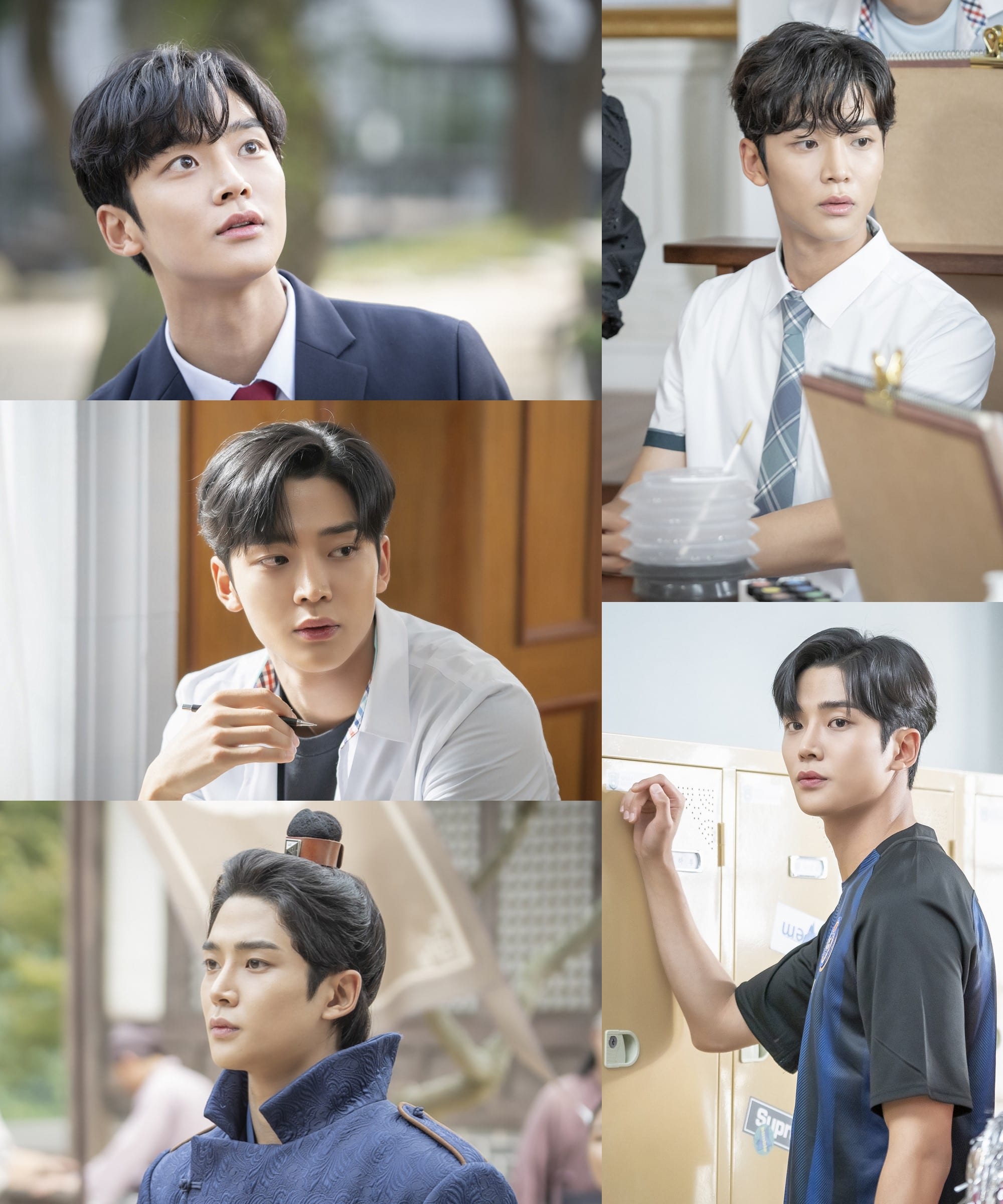 Amid these developments, a new story suggests the characters’ past started in a manhwa called “Trumpet Creeper.” Rowoon is able to pull off the historical look with his hair pulled up in a traditional style and dark blue guard suit. He showcases a new charm that gives off a different charisma than before.

Rowoon fills the small screen with fantastic visuals that are in full swing regardless of the genre from historical dramas to modern ones. He placed second in the list of top ten buzzworthy drama actors, proving his improving acting skills.

Watch the latest episode on VIki with English subtitles!