SEVENTEEN had a blast meeting Moon Hee Jun’s daughter on “The Return of Superman”!

On the November 3 episode, Moon Hee Jun explained, “I found that that I have a fur allergy 10 years after raising a dog. I want to show JamJam a real cat.” He and JamJam headed to the snack stand located inside of the KBS broadcasting station to meet Boky, also known as the “Music Bank Cat.”

JamJam played with the cat and fed it a snack when SEVENTEEN’s Seungkwan, DK, Dino, and Hoshi walked in. Moon Hee Jun and SEVENTEEN previously met on a variety show and have continued their friendship since. In his interview, Moon Hee Jun said, “They’re so good on stage, and they’re so innocent and great offstage too. We talked a lot at the group dinner for ‘Immortal Songs‘ so we became really close after that.”

The idols excitedly greeted JamJam with smiles and waves, but she only showed interest in the cat. When Moon Hee Jun asked JamJam if SEVENTEEN appeared like oppas or uncles, she made everyone laugh by replying, “Uncles.” Seungkwan commented, “I guess the day has come where we are called uncles.” DK said, “I want to have a daughter like JamJam,” and called her cute. 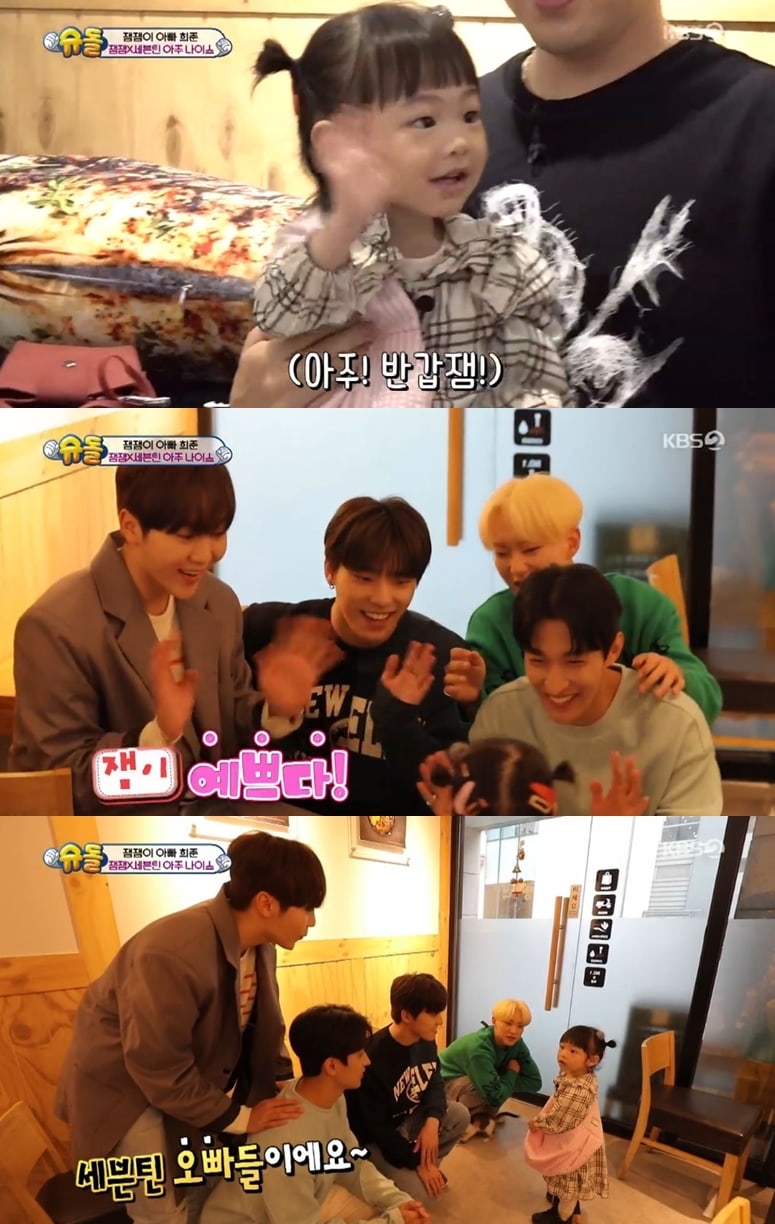 They then went to eat one of JamJam’s favorite dishes, soondae (Korean sausage), where she continued to win over SEVENTEEN’s hearts by handing each member cups. They played with her by pretending to get shot by her invisible laser and Seungkwan photographed her using fun filters on his phone.

Hoshi said, “We have a song called ‘Jam Jam'” and played it on his phone. She danced along to the music and everyone began to copy her moves. When the food arrived, JamJam fed each member before feasting on the sausages. 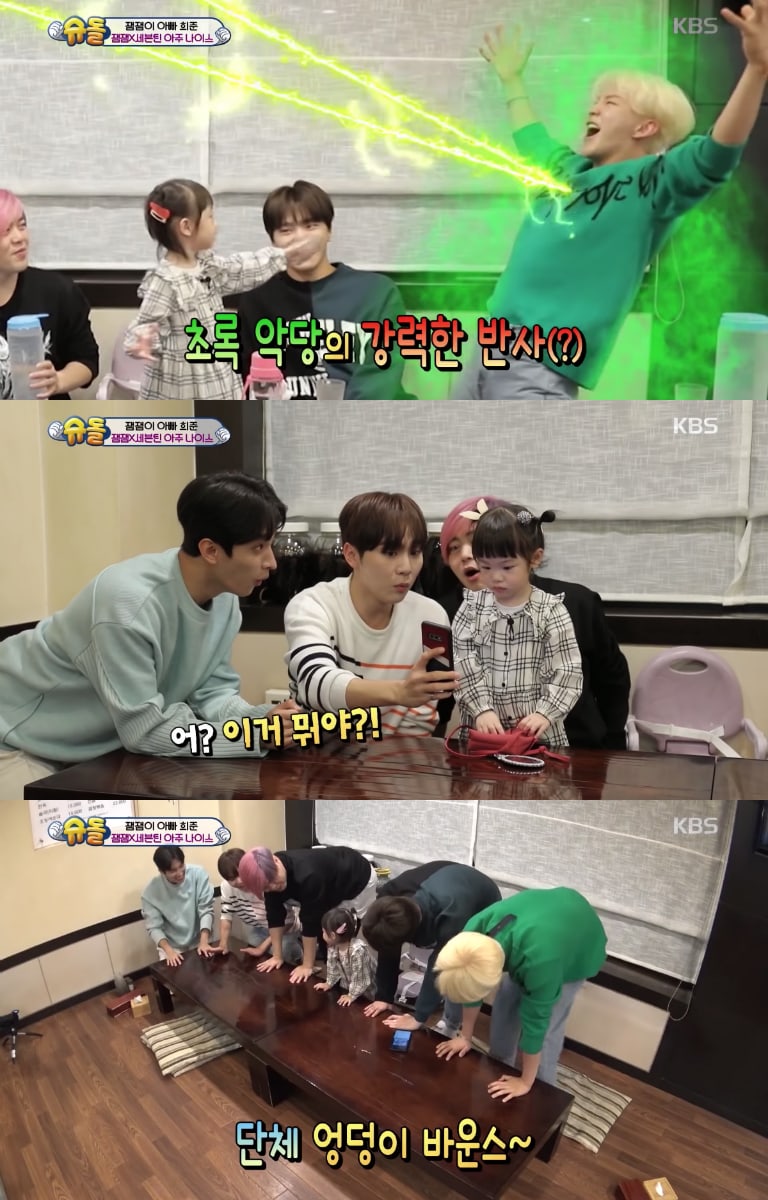 After the broadcast aired, SEVENTEEN shared photos from their day with JamJam. They wrote, “SEVENTEEN’s expression looking at JamJam = Carats [SEVENTEEN’s official fandom] looking at SEVENTEEN. Our cheeks hurt from smiling. We welcome the combination of SEVENTEEN and JamJam with open arms.” They added hashtags, “Full of motherly smiles the entire time while watching” and “Be with SEVENTEEN for the remainder of the weekend.”

Watch “The Return of Superman” now!

SEVENTEEN
hoshi
Seungkwan
The Return of Superman
Moon Hee Jun
DK
Dino (SEVENTEEN)
How does this article make you feel?