On November 3, Super Junior held a concert at the Saitama Super Arena in Saitama, Japan as a part of their “Super Junior World Tour Super Show 8.”

During the concert, the screen revealed SEVENTEEN’s Seungkwan, Jun, Joshua, DK, and Hoshi in the audience dancing to SEVENTEEN’s “Don’t Wanna Cry” and “Clap” as Super Junior and concertgoers sang along.

The boy groups posted photos of their hangout before and after the concert. Eunhyuk shared a photo of Super Junior and SEVENTEEN doing Super Junior’s signature pose with the caption, “Super Junior & SEVENTEEN.”

Yesung reposted this photo on his Instagram Stories, adding, “Thank you [SE]VENTEENies.” 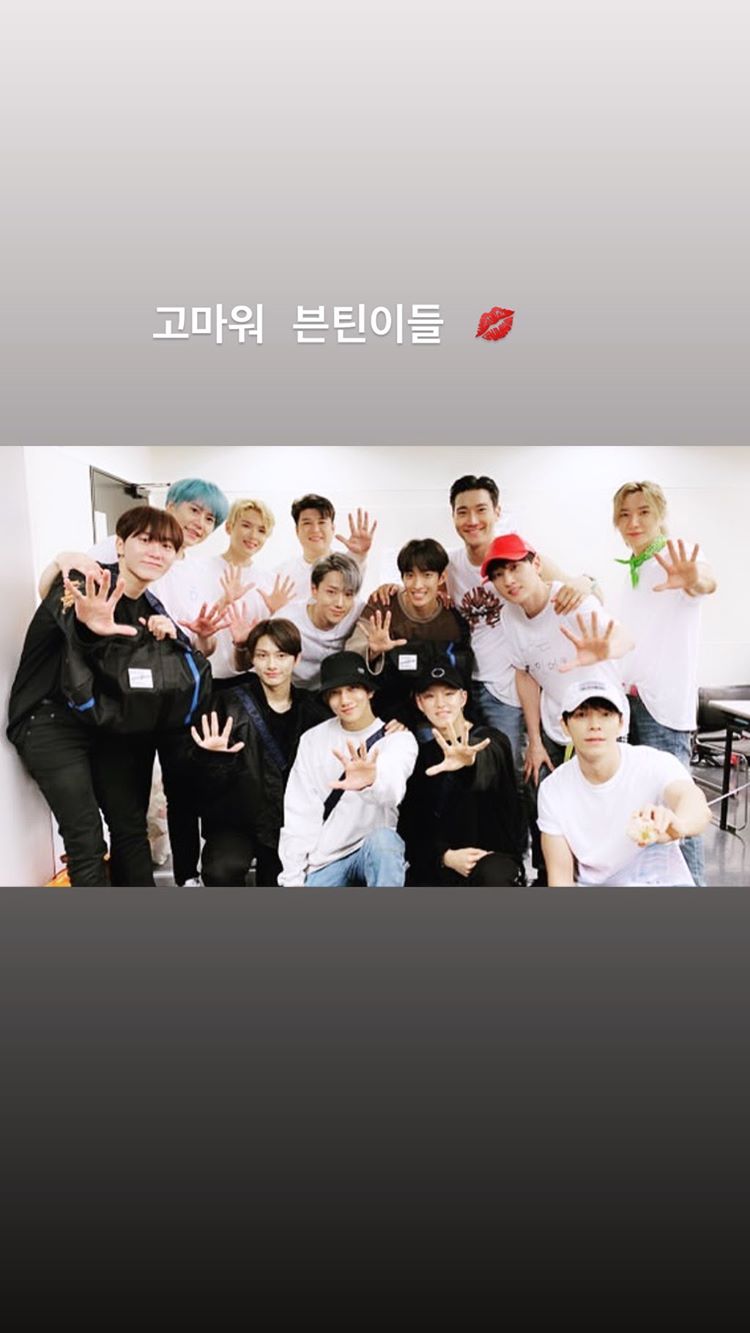 Donghae then delighted both fandoms with a group selfie of them at dinner together. He wrote, “You guys are really cute and cool! With [SE]VENTEEN.”

Super Junior and SEVENTEEN have shown their ongoing friendship at each other’s concerts in the past. In October, SEVENTEEN congratulated the SM Entertainment boy group by sending flower wreaths to their concert. Eunhyuk also talked about attending SEVENTEEN’s concert in August and added that Hoshi came to a Super Junior D&E show.

What are your thoughts on Super Junior and SEVENTEEN’s interactions?

Edit: A previous version of this article contained an error in the song attribution.

Super Junior
SEVENTEEN
How does this article make you feel?