“Love with Flaws” will be a romantic comedy that tells the story of a woman named Joo Seo Yeon who despises pretty boys (Oh Yeon Seo) and a man named Lee Kang Woo who is obsessed with good looks (Ahn Jae Hyun). They learn to overcome their individual prejudices and find true love.

On November 4, the drama released a teaser poster with the two main characters yelling at each other. First, Lee Kang Woo shouts “Let’s date” in Joo Seo Yeon’s ears, and her eyes are wide with shock. Then Joo Seo Yeon screams “Go away” in Lee Kang Woo’s ears, and his eyes are closed in disbelief. The refreshing energy between the two makes viewers anticipate their chemistry even more. 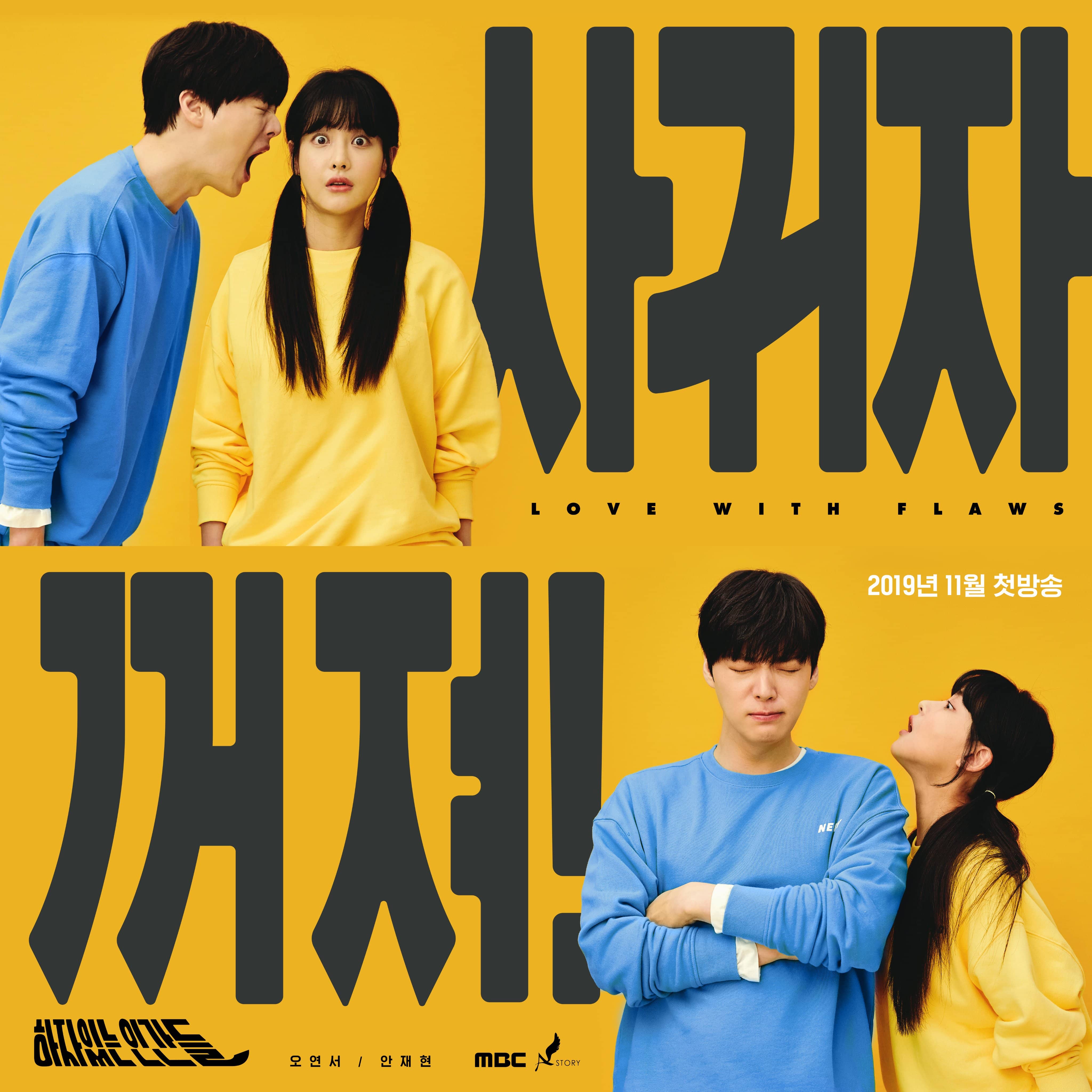 “Love with Flaws” is set to premiere in late November after the conclusion of “Extraordinary You.”

In the meantime, watch the latest episode of “Extraordinary You” with English subtitles below!