“Sister’s Salon” is a beauty variety show where some of Korea’s top experts in beauty and fashion including stylist Han Hye Yeon, hair designer Cha Hong, and beauty YouTuber Risabe give head-to-toe transformations to clients. The show first aired as a Chuseok pilot before being picked up for regular programming.

PD Lee Min Hee stated, “It’s an honor and I’m happy that I’m joined by people I wanted to work with from the planning stages to regular programming. Please look forward to the stronger chemistry of the cast, many tips, and shocking transformations of clients.”

“Sister’s Salon” is the first variety show that Han Ye Seul has hosted. The actress was praised for her passion for beauty and fashion, unique and smooth MCing skills, lovable aura, and energy. “I’ve always had a lot of interest in beauty and fashion, and I happily joined when I got the offer because I thought that it was a program that I had been waiting for,” she said. “Our teamwork is really great and it’s so fun, so I think that I did a very good job choosing this project. I have high expectations and I’m excited everyday.” 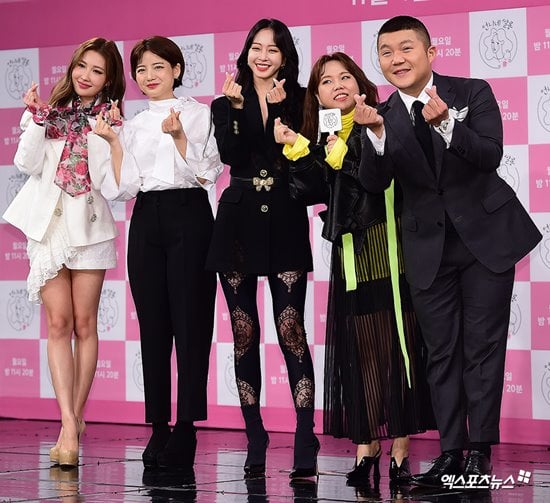 About taking a more active approach in communicating with fans as a show MC and launching of her personal YouTube channel, Han Ye Seul explained, “I debuted as a super model in 2001 and worked as an actress and celebrity for about 20 years. I’ll be reaching the age of 40 next year [by Korean reckoning]. I thought that I won’t have a lot of time to actively promote in the future and wondered what it would be like to walk on a different path. Thinking about challenges I had been afraid of or trying something that fit the times, I tried YouTube. I wondered what it would be like to fully, actively do things I had wanted to do before it came to an end. I’ll ignite my passion.”

When asked about reactions to her MC position from people around her, she replied, “They cheer me on and say that they think that I’m going to do a good job. It gave me a lot of strength because they said it’s a program that matches me perfectly. I’m paying attention to my fashion and styling for every episode and since I’m not doing much yet, I’m working hard to prepare my styling in order to do the best I can within my role.”

Jo Se Ho and Hong Hyun Hee added, “Han Ye Seul comes with all of her lines memorized. She’s an expert to the point where we didn’t know it was her first time MCing.” Cha Hong chimed in, “Han Ye Seul has a wide knowledge about beauty. She also knows lots of professional terminology. I feel that she’s perfect for this.”

Han Ye Seul was asked if there is a celebrity she wants to give a makeover to. “I want to receive a makeover,” answered the actress. “I wondered what it would be like to be transformed by this super Avengers team. I’ve tried many styles in the past, but the style I have never tried is a short-cut hairstyle.”

The cast members then suggested that she try a short-cut hairstyle as the viewership ratings pledge, and Han Ye Seul said she will undergo this transformation if the show surpasses 7 percent in viewership ratings.

In the meantime, watch the teaser below:

Han Ye Seul
XPN
Sister's Salon
How does this article make you feel?