On November 5, BVNDIT hosted a press conference for the release of their upcoming album “BE!” The album, which is BVNDIT’s first mini album, consists of six songs in total, including the title track “Dumb.”

During the press conference, Simyeong revealed that their labelmate Chungha paid a visit to their music video set. Simyeong said, “Chungha brought us chicken to the music video set. I fell asleep after eating the chicken so I couldn’t even see how pretty Yiyeon looked.”

When asked to share what kind of advice Chungha gave them, Seungeun answered, “She told us that we will do well if we make a comeback after practicing just the way we’ve been doing. She also told us that we look pretty in the jacket video and teasers.”

Yiyeon added, “Chungha is a close friend and unnie before she is a senior artist. She stands next to us and talks to us a lot as if she is replying to online comments.” 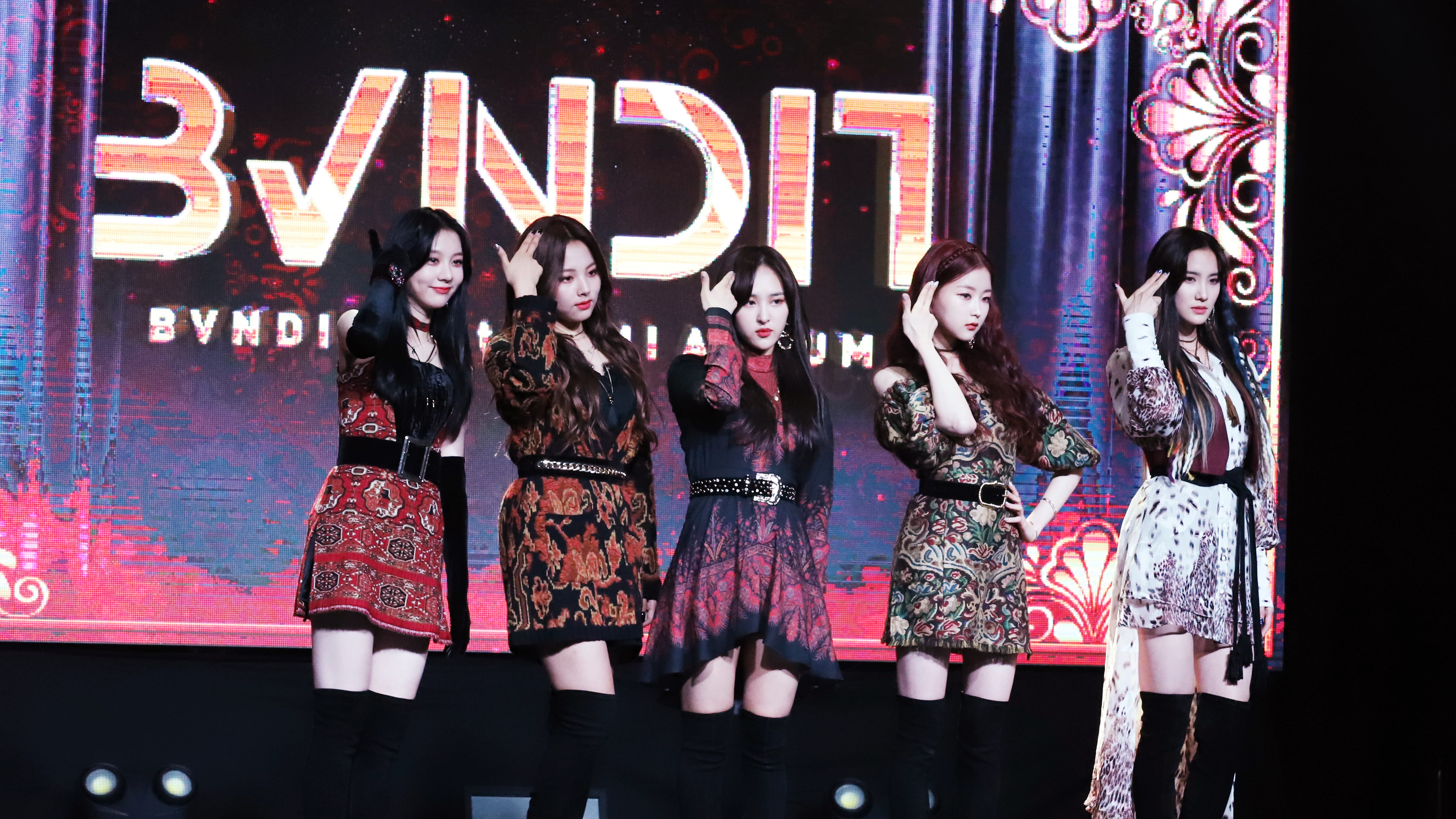 The BVNDIT members are also known for their close friendships due to training together for a long time. Seungeun said, “Because we spent a lot of time together as trainees, we know what we need to be careful about each other. That’s why we don’t have many conflicts. If we are to have a misunderstanding, we try to solve it by talking.” Songhee added, “Yiyeon, who is our leader, knows how to mediate the best.”

The group concluded the press conference by sharing their hopes for the upcoming comeback. Seungeun shared, “Our goal for the upcoming promotion is to conclude it well by taking care of our health. The music video for ‘Hocus Pocus‘ has already reached 6 million views. It’s our wish that [the music video for ‘Dumb’] will reach 10 million views this time.”

BVNDIT’s first mini album “BE!” was released on November 5 at 6 p.m. KST along with the title track “Dumb!”