“Chocolate” has unveiled its official poster!

This upcoming JTBC drama is about cold-hearted neurosurgeon Lee Kang (played by Yoon Kye Sang) and warm chef Moon Cha Young (played by Ha Ji Won) who reunite at a hospice and heal each other’s pain through food. Lee Kang is a perfectionist who lives a fierce life after realizing his dangerous fate, and Moon Cha Young cooks up heart-warming meals.

In the poster revealed on November 8, Yoon Kye Sang and Ha Ji Won stand before a breathtaking landscape as they’re engrossed in one another. Captured moments before a sweet kiss, the actors give viewers a peek at their heart-fluttering romance.

Yoon Kye Sang and Ha Ji Won previously stated that they decided to appear in the drama after being mesmerized by its strong emotions and warm-hearted script. The actors have completely immersed themselves into their characters to express the sincere emotions of the script and plan to transfer their synergy and warmth to viewers this fall. 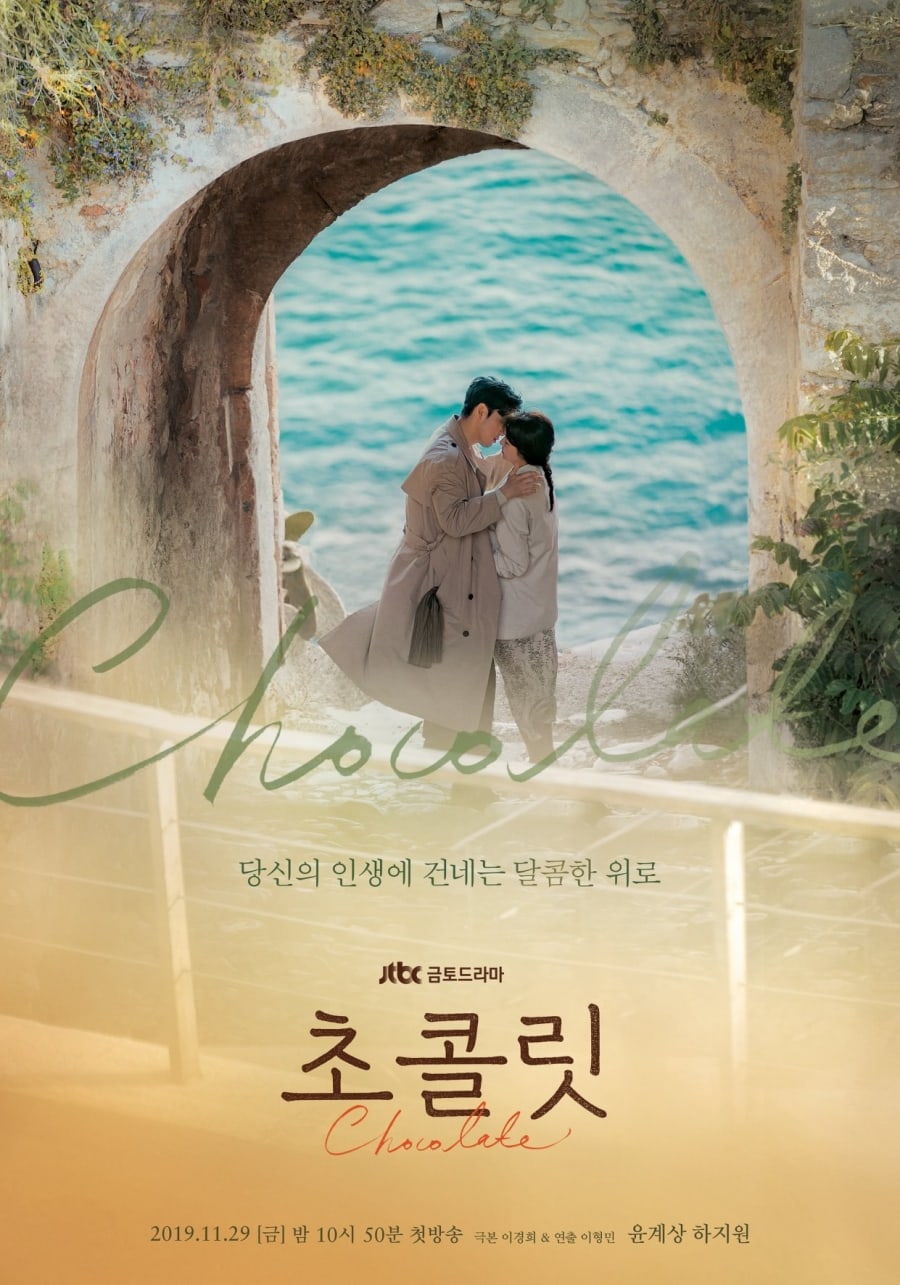