Peakboy Thanks Friends BTS’s V, Park Seo Joon, And Choi Woo Shik For Coming To Support Him At Show

On the November 8 episode, the singer made his first appearance on the music show and appeared nervous as he sat down for an interview.

MC Yoo Hee Yeol brought up the singer’s broad connections, and Peakboy was asked to nam his close friends. He said, “First, there’s actor Park Seo Joon.” When asked about the beginning of their friendship, Peakboy answered, “I was in the same class with Park Seo Joon since my first year of high school.”

He continued, “Actor Choi Woo Shik.” MC Yoo Hee Yeol commented, “‘Parasite?'” and asked the audience if they knew the actor who starred in the award-winning film. Peakboy explained, “He’s younger than me, but I’ve known him for a while. We’re friends.”

He added, “Through Park Seo Joon, I got to know BTS’s V.” The MC asked, “BTS’s V? Really?” Peakboy concluded, “And Park Hyung Sik who’s currently serving in the military.” 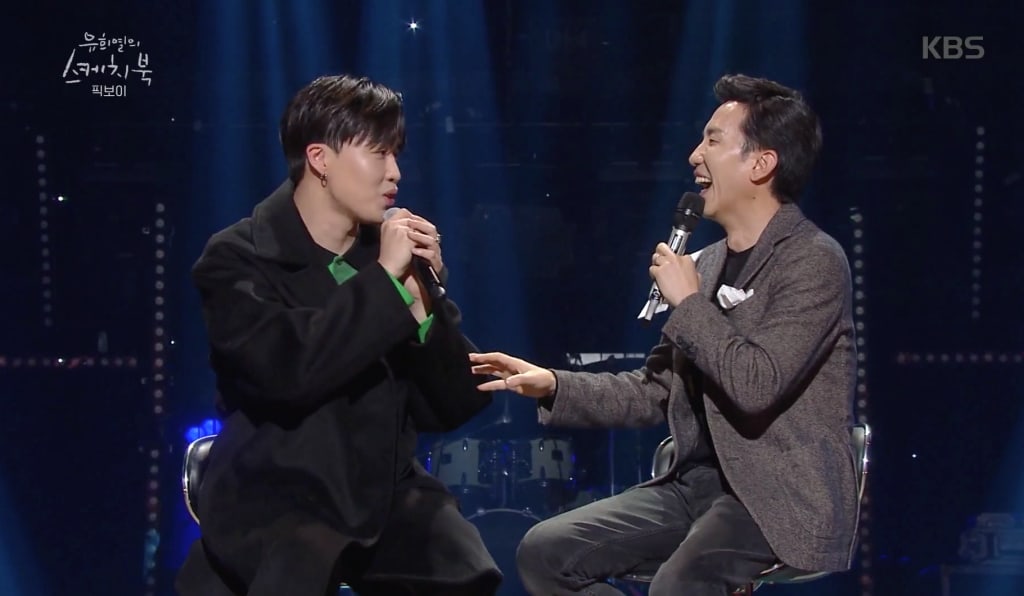 “I was surprised by the level of their friendship,” said MC Yoo Hee Yeol. “Today’s his first appearance. BTS’s V, Park Seo Joon, and actor Choi Woo Shik are in the dressing room right now to cheer him on. I was so surprised. You must’ve lived a good life.”

Peakboy replied, “I was also really moved because they came here despite their busy schedules.”

The MC commented, “I have connections with all three of them. Actor Choi Woo Shik goes to the same gym as me. We exercise together. Do they have thoughts about appearing on ‘Sketchbook?'”

“We haven’t really talked about an appearance,” answered Peakboy. “They just came here to cheer me on. They patted my shoulders even up to here [backstage] and told me not to be nervous. I want to tell them that I’m really thankful.”