“Love with Flaws” is a refreshing romantic comedy that tells the story of Joo Seo Yeon (played by Oh Yeon Seo), who despises pretty boys, and Lee Kang Woo (played by Ahn Jae Hyun), who is obsessed with good looks, as they overcome their prejudices against people with flaws. 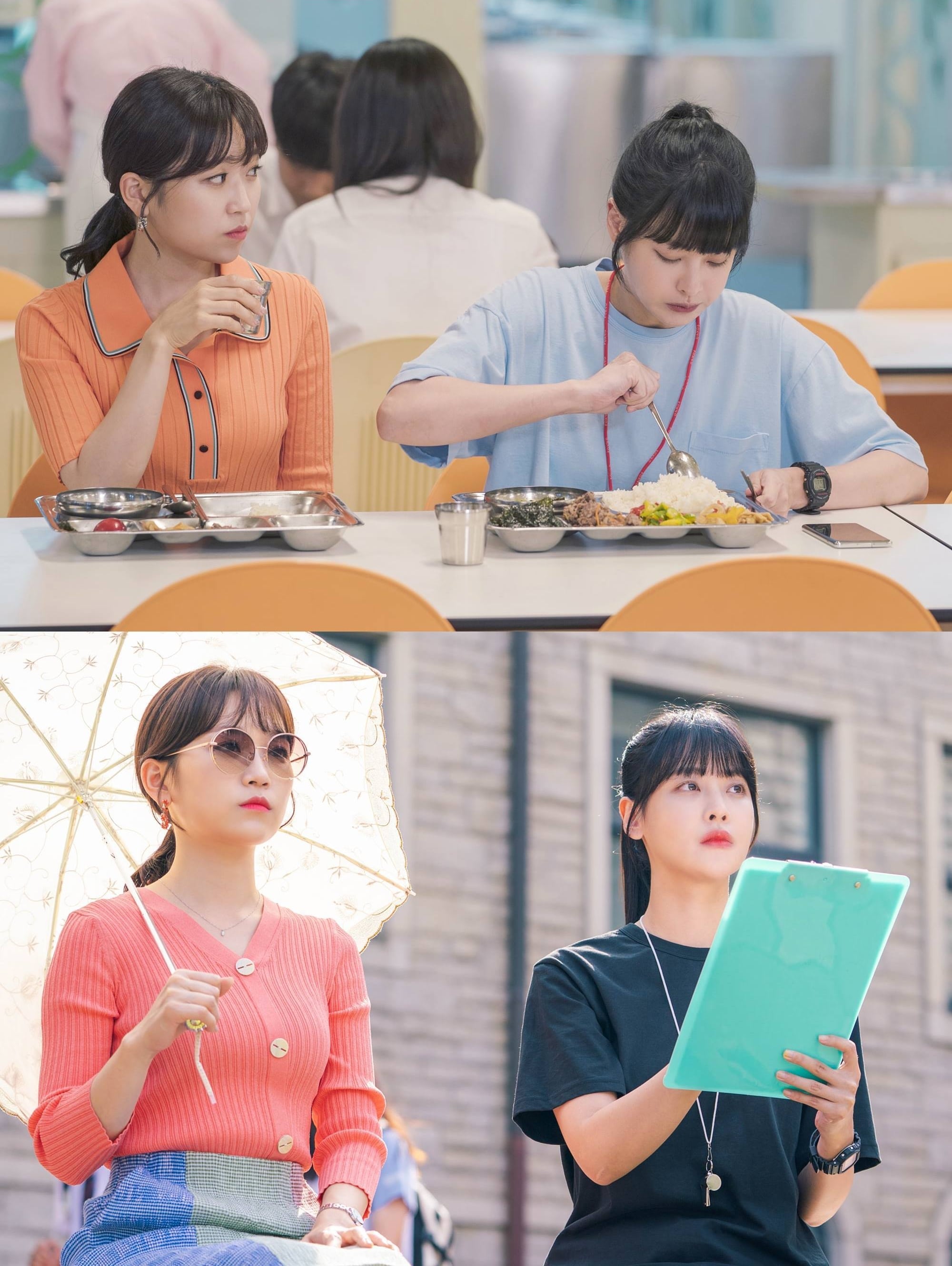 In the newly-released images, Oh Yeon Seo and Kim Seul Gi make an unlikely pair as Joo Seo Yeon, a passionate PE teacher who spends much of her time in hoodies and T-shirts, and Kim Mi Kyung, her friend who adores getting dressed up and spends 70 percent of her salary for grooming. Their highly contrasting charms are sure to capture viewers’ hearts in two different ways.

The actresses described their characters’ relationship as that of best friends who sincerely love and support each other. Oh Yeon Seo elaborated by saying, “Their friendship is so appealing that I thought to myself while filming, ‘If I had a friend like this in real life, I wouldn’t need anything else.’ I think we were able to accomplish this because Kim Seul Gi and I work really well together.”

“Love with Flaws” premieres November 27 at 8:55 p.m. KST, following the conclusion of “Extraordinary You.” In the meantime, check out a teaser here!

Also watch the latest episode of “Extraordinary You” below:

Oh Yeon Seo
Kim Seul Gi
Love With Flaws
How does this article make you feel?