“Love with Flaws” is a refreshing romantic comedy that tells the story of Joo Seo Yeon (played by Oh Yeon Seo), who despises pretty boys, and Lee Kang Woo (played by Ahn Jae Hyun), who is obsessed with good looks, as they overcome their prejudices against people with flaws.

In the newly-released images, Oh Yeon Seo dons Joo Seo Yeon’s signature ponytail and athletic clothes, perfectly encapsulating the easy-going and lovable charms of her character. She further sparks curiosity as to what kind of dynamic lifestyle she lives as she is seen carrying a large load of groceries with a strained expression on her face. 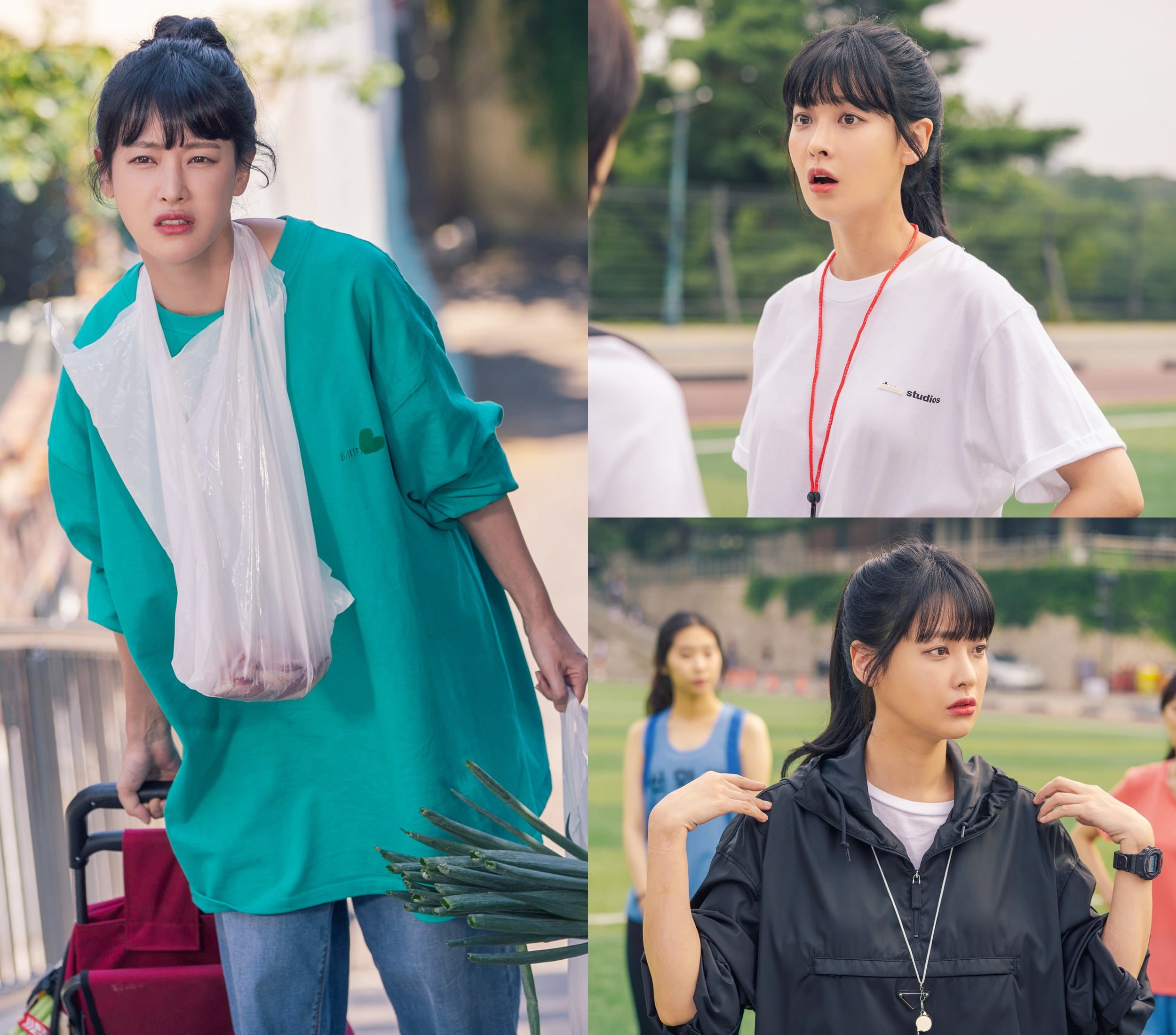 To find out more about what drives Joo Seo Yeon and how she came to hate pretty boys, viewers can tune into “Love with Flaws,” which premieres November 27 at 8:55 p.m. KST after the conclusion of “Extraordinary You.” In the meantime, check out a teaser here!

Catch up on “Extraordinary You” below: