Winners of the 39th Korean Association of Film Critics Awards spoke about being recognized at this year’s ceremony!

The Korean Association of Film Critics previously announced this year’s award recipients in October, and the award ceremony was held on November 13 at the KG Tower in Seoul.

Park Hyung Sik won Best New Actor for his role in “Juror 8.” The actor is currently serving in the military and gave his award acceptance speech through a letter.

He wrote, “I feel sorry and regretful that I was unable to attend this honorable event. I was so surprised after hearing this news at the base. I sincerely thank you for giving me the Best New Actor award.”

He continued, “Thank you to director Hong Seung Wan for casting me as the eighth juror in his precious debut film and thank you to the CEO of the film production company for producing ‘Juror 8’ with the hope for more heartwarming films. I was happy during the entire filming and learned a lot. I was lucky enough to receive Best New Actor after filming my first movie, so I think I’ll be able to enthusiastically and joyfully complete my military service.”

He concluded, “It’s my birthday soon and I feel as if I’ve received a valuable birthday gift. I’ll brag to my parents and friends and be happy. I’ll pray for everyone to be happy.” 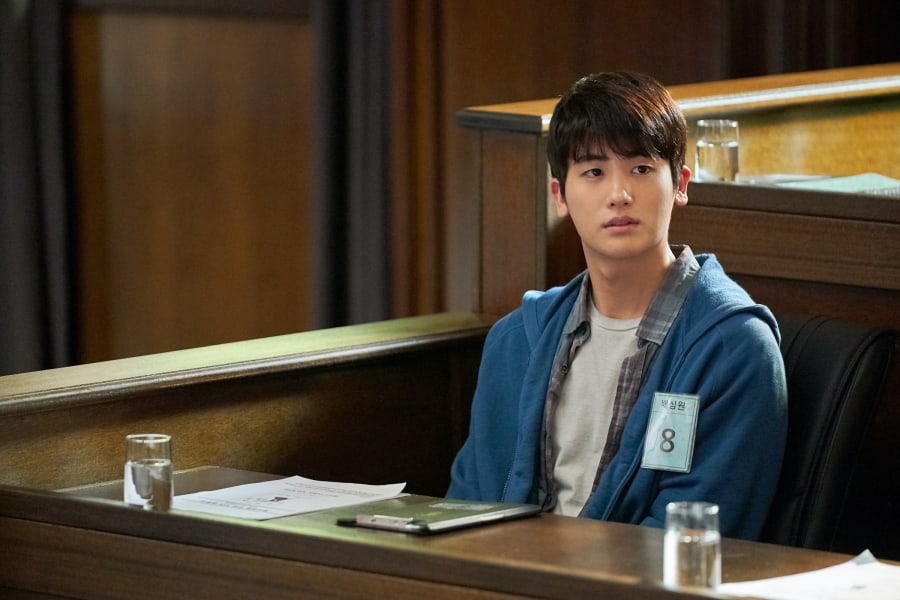 Jin Sun Kyu won Best Supporting Actor for his performance in “Extreme Job.” He was unable to attend the ceremony because of an overseas engagement and expressed his thanks via video message. Best Supporting Actress winner Kim Sae Byuk said, “Thank you to director Kim Bo Ra who allowed me to act in the beautiful film ‘House of Hummingbird.’ To be honest, I wanted to receive praise. I wanted to continue proving something. I’ll think of this as support given to me and hope I can continue to sincerely enjoy acting from here on out.”

Shin Ha Kyun won Best Actor for his role in “Inseparable Bros.” He stated, “Thank you for giving me an undeserved award. I wonder if it’s okay for me to accept this alone. I’ll think of it as receiving an award with my special colleague Lee Kwang Soo, whom I became one with during filming. I’ll become an actor who thinks harder and works harder.” 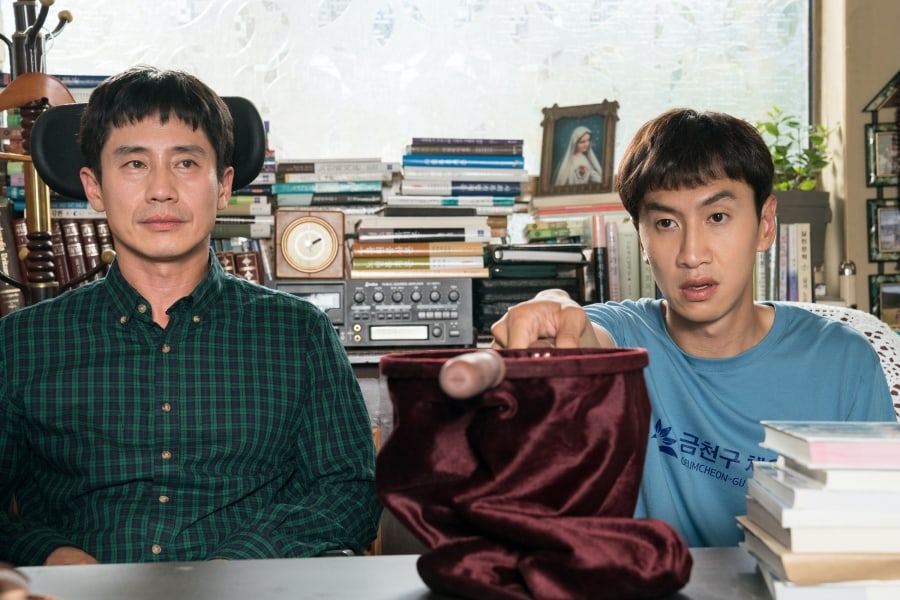 Kim Hyang Gi received Best Actress for her acting in “Innocent Witness.” She said, “Thank you to everyone who participated in ‘Innocent Witness.’ I feel proud and thankful that I was able to take part in a good project and act with good people. I’ll continue to act consistently in the future.” 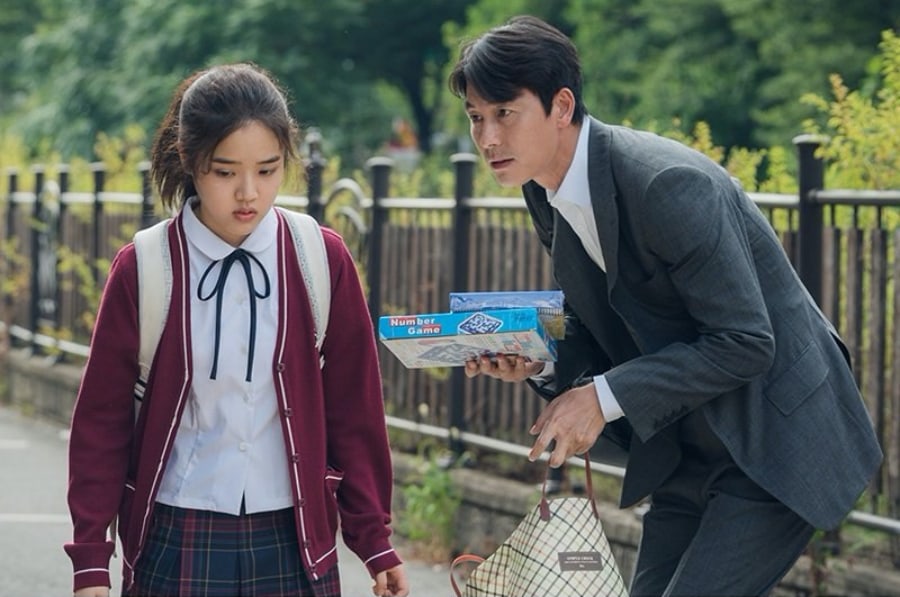 “It was an award I really wanted to receive,” he said. “Actress Kim Sae Byuk said that she wanted to receive praise, and I was able to receive an award from people who are difficult to receive praise from. It’s my 20th year as a director. I released seven films during the last 20 years because I’m slow and lazy, but think that I was successful since I received three awards from the Korean Association of Film Critics Awards. The Best Director award may be called the Best Director award by name, but it’s an award that’s given to everyone except the director. It’s impossible to be completed if the amazing actors, artists, production company, and investor teams aren’t active. There’s nothing that a director can do by himself. I’ll gratefully accept this.”

CEO Kwak Shin Ae of production company Barunson E&A also gave a speech after “Parasite” won Best Film. She said, “I think Best Film is an award given to everyone included in the credits including the actors. There are expressions used whenever films are talked about. I think the description I want the most is, ‘It was loved by critics and audiences alike.’ A lot of audiences loved ‘Parasite’ after its release and it received a lot of love.” 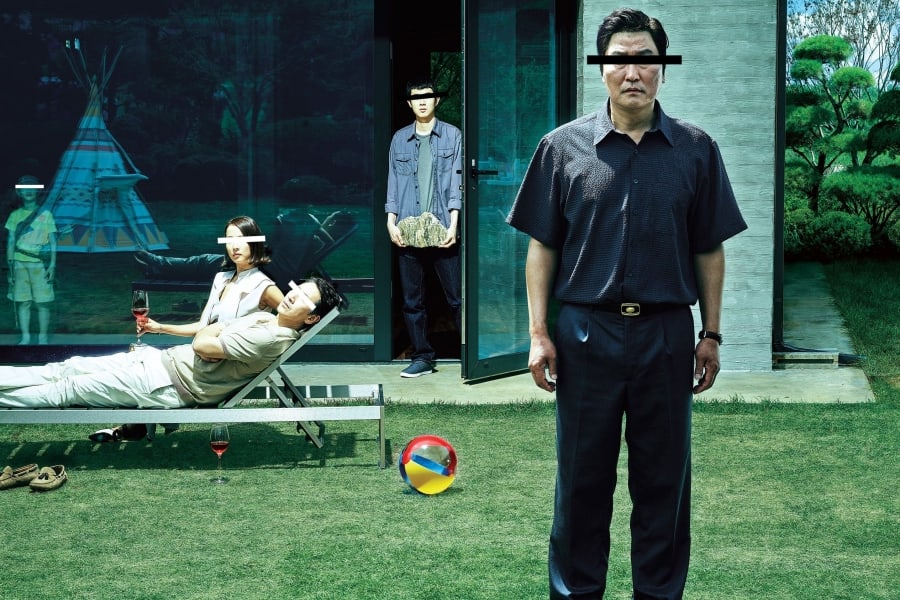