On November 16, a new mu:fully YouTube series featuring Park Jimin as MC uploaded part one of her visit to the JYP building. When asked how long it’s been since she left the agency, she answers, “I think it’s been about three months.” Then she’s asked if there’s anything she’s missed, to which she says, “Besides the organic ice cream…not particularly.”

With the meaning of not forgetting where you came from, the filming location of the day is decided to be the JYP building. Jimin explains that you can enter the building with fingerprint recognition but is let down to find out that hers has already been erased. After making it in, she proudly and emotionally points out a photo of herself on a picture of the old JYP building. 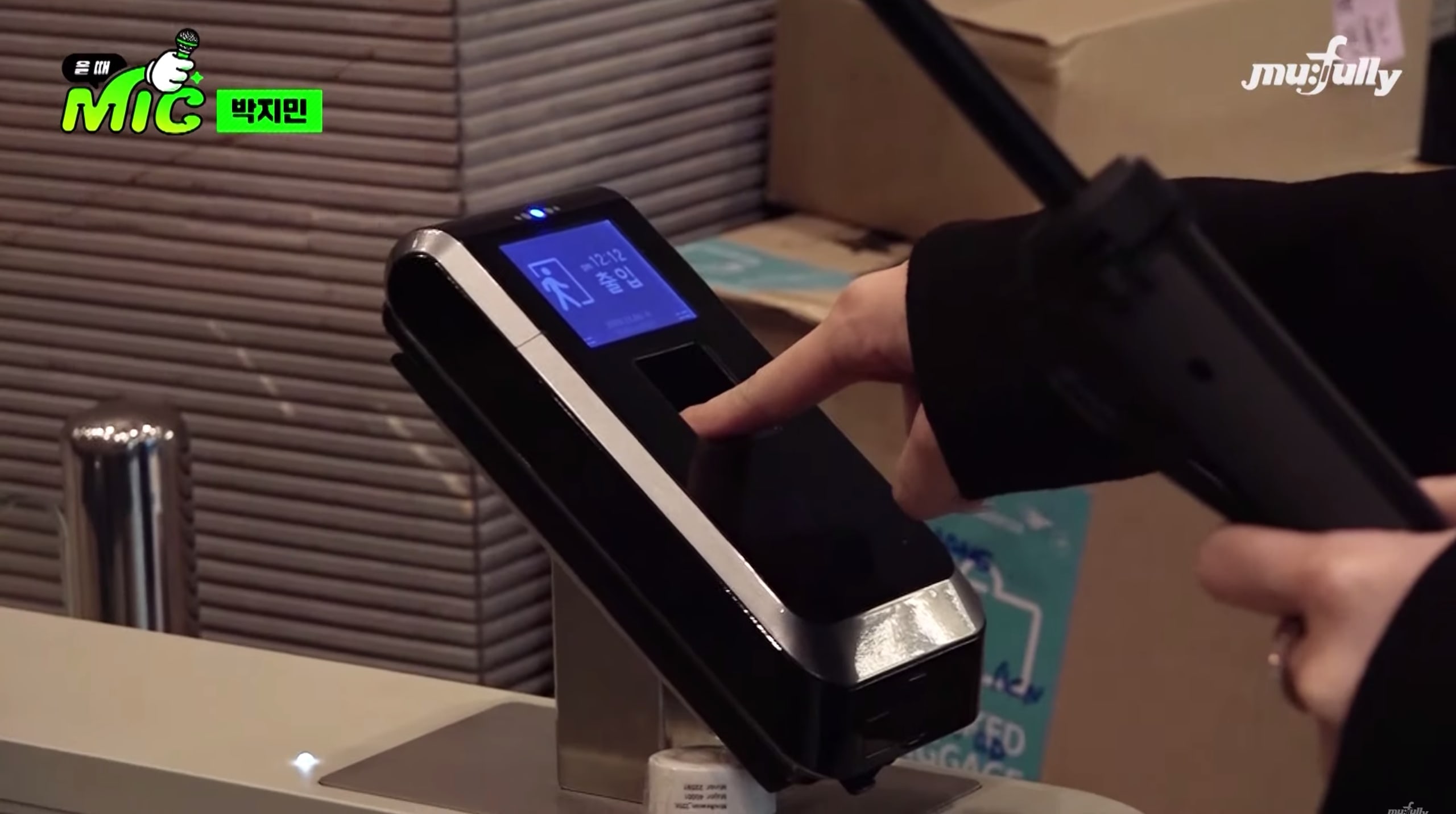 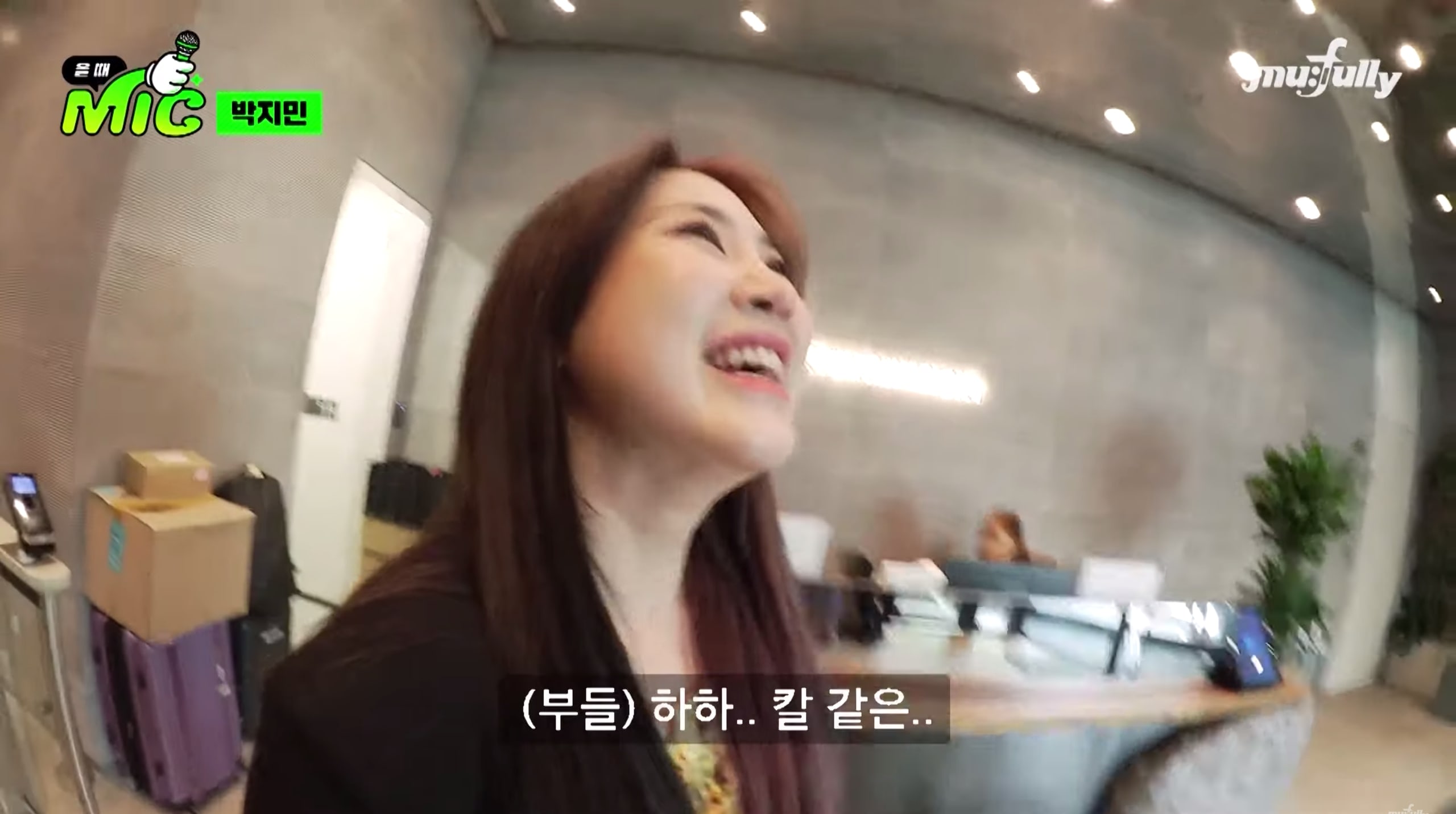 The crew ask for a tour of the building and Jimin explains, “Whenever I was in this building, I always spent time on the rooftop. When I didn’t want to practice, I went to the roof a lot.” On their way to the roof, they hilariously reveal that her first guest is actually herself, even though she’s the MC. While roaming around the rooftop, she discovers a person sitting at the table, who turns out to be LIMITLESS’s Jang Moon Bok. 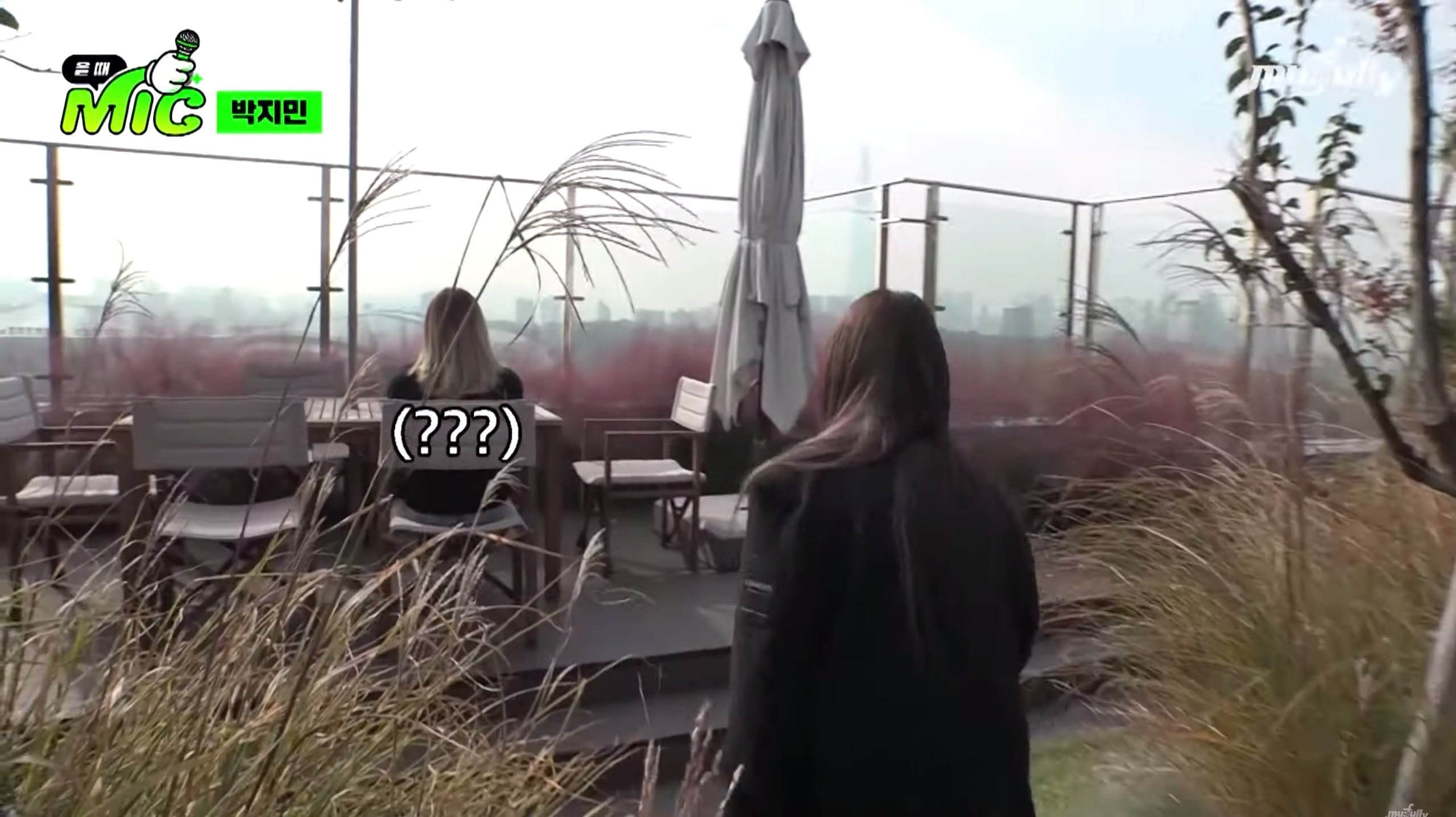 Jang Moon Bok rose to fame after his appearances on Mnet’s “Superstar K” and “Produce 101 Season 2” and is a well-known favorite of Jimin’s. He reveals that he is the special MC for the day, and she emotionally tells him what a huge fan she is. She explains, “There were even articles about how much of a fan I am.” The two sit down to chat, making Jimin exclaim, “Isn’t this basically a fan meeting?” Jang Moon Bok pulls out a bag of ice cream that he brought as a gift, but the two go down to eat lunch at the JYP restaurant first. 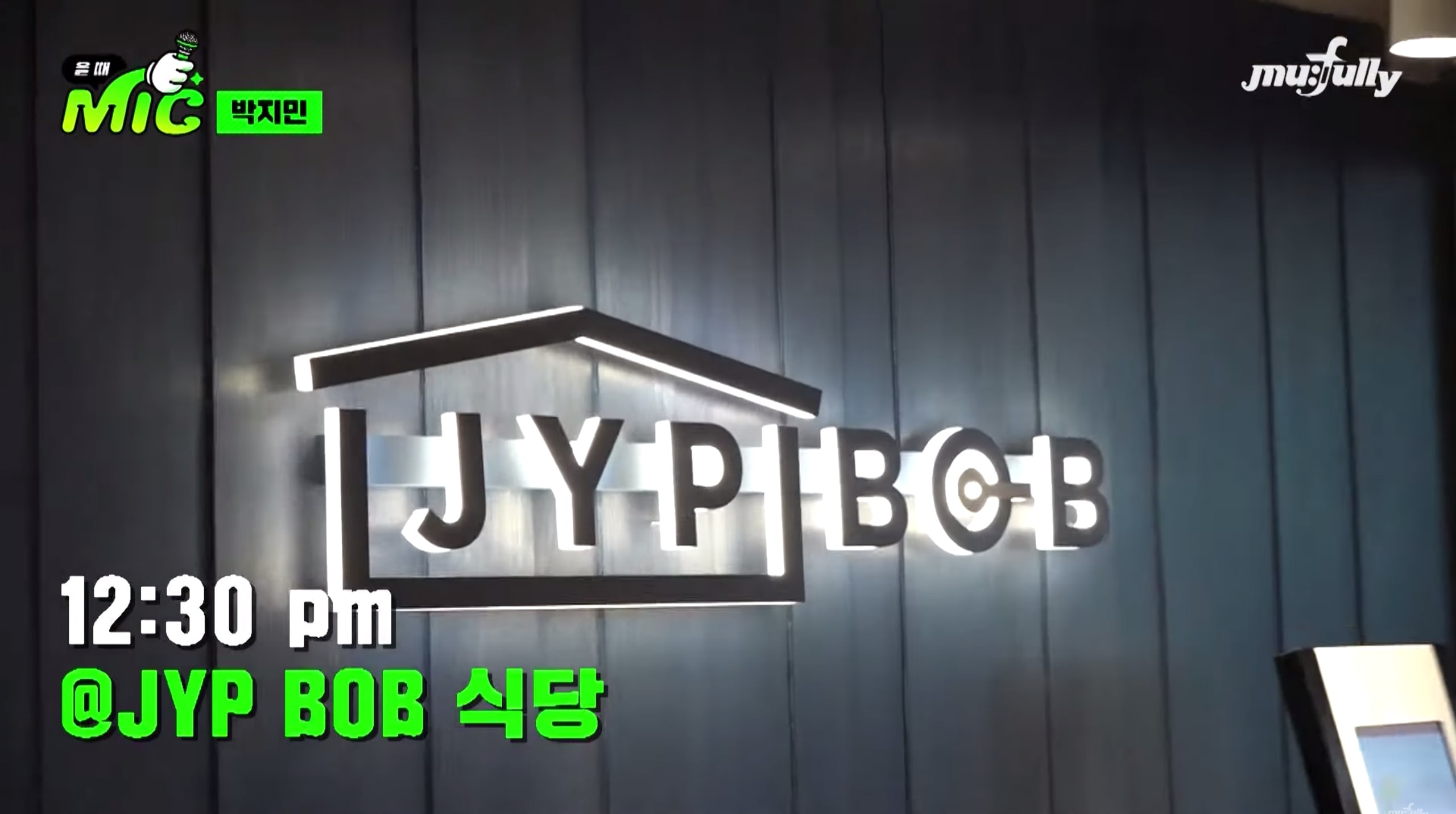 While they’re eating, Jang Moon Bok asks Jimin why she became interested in him. She answers, “First off, you seem very likeable. I really like people with that kind of energy.” Jimin continues, “You might not know, but during ‘Produce 101,’ there was a fan cafe for all of your supporters. I joined that. There were long comments saying ‘If you don’t know Jang Moon Bok, don’t bad-mouth him.’ I would copy those and send them to my friends. I also always voted for you.” Jang Moon Bok claps after hearing all this, proudly announcing, “I’m here today thanks to you.” He adds, “After watching ‘K-Pop Star,’ I thought, ‘How can she sing like that at that age?'” She modestly explains, “I was able to do that because I had no thoughts. I think it works better to not have too many thoughts, with anything.” 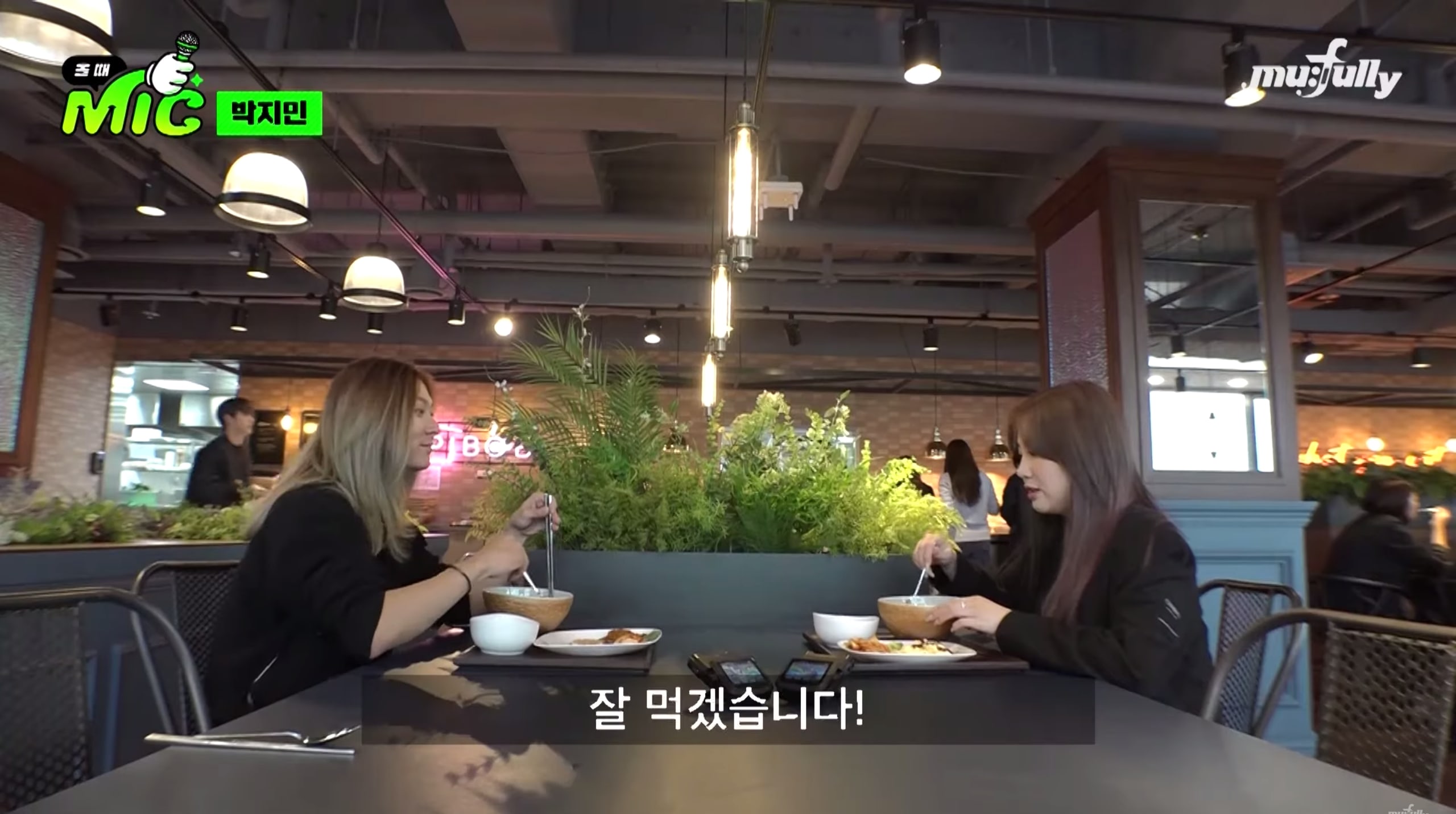 Jang Moon Bok then asks Jimin how she feels comparing when she joined and left JYP Entertainment. Jimin explains, “I went to my [K-Pop Star] audition because I wanted to join JYP. If it was too difficult to get in, I still wanted to see Park Jin Young in real life. After I luckily won first place, I joined JYP without hesitation. It’s been about three months since I left after seven years, but it’s still comfortable and doesn’t really feel like I left – even though my fingerprint was erased.”

After Jang Moon Bok reveals he’s never seen Park Jin Young, the two venture off to his office in hopes of seeing him.

In the preview for part two, they roam about the rest of the JYP building. Jimin shows Jang Moon Bok the band practice rooms that DAY6 often uses and knocks to see if they’re there. They also use a mobile app to find out who Jang Moon Bok’s celebrity look-alike is.

Watch the full video and preview below!

Stay tuned for part two which will be released on November 20 at 5 p.m. KST.

Jamie
Jang Moon Bok
LIMITLESS
How does this article make you feel?