Jun So Min was full of smiles on the latest episode of “Running Man”!

Jun So Min had expressed interest in Jinyoung after his last appearance on the show, and she couldn’t hide her embarrassment once she saw him again. She even hid behind Song Ji Hyo as she repeatedly told her how handsome he looked. Finally, she managed to stand next to him with her arm linked to Song Ji Hyo’s for support. 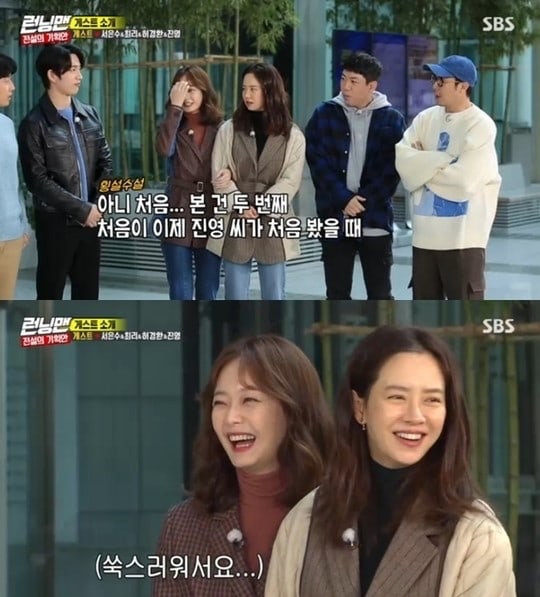 Later on, when she spotted her “Running Man” love line partner Yang Se Chan being courteous to Choi Ri, she jokingly complained, “Hey! Have you ever helped me [like that] when I was doing something?” Yoo Jae Suk remarked, “To be honest, So Min doesn’t even have any interest in you right now.” Yang Se Chan agreed, “She’s acting like that in order to make Jinyoung jealous.”

After watching Choi Ri’s Korean dance performance, Jun So Min announced with a laugh, “I also learned Korean dance for two months at a community center.” She then began showing off her moves, but made everyone laugh when she raised her arms and accidentally revealed her armpit sweat marks.

Afterwards, Jinyoung cheered Jun So Min up with an acrostic poem using her name. “Jun So Min noona,” he said. “You had a small amount of armpit sweat, but don’t be embarrassed.” 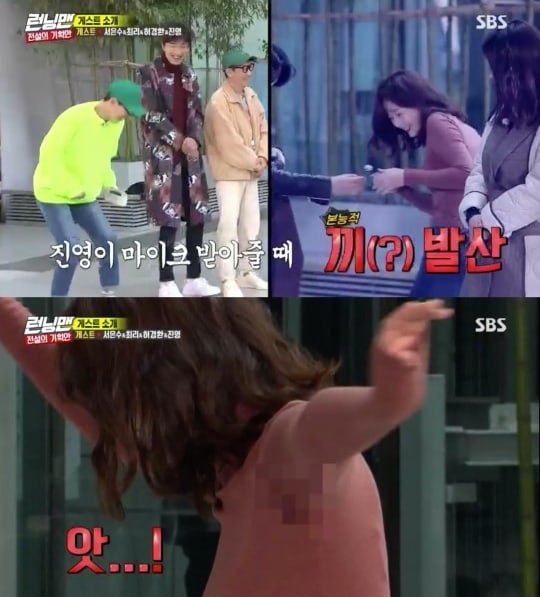 GOT7
jun so min
Running Man
Jinyoung (GOT7)
How does this article make you feel?