Jun So Min’s wish for GOT7’s Jinyoung to return to “Running Man” has finally come true!

After appearing on “Running Man” last year with all of his fellow GOT7 members, Jinyoung will be returning to the SBS variety show alongside Seo Eun Soo, Choi Ri, and Heo Kyung Hwan for its upcoming November 17 episode.

During GOT7’s guest appearance last year, the “Running Man” cast teased Jun So Min for becoming visibly shy and unable to suppress her giggles, and later that month, she named Jinyoung as one of the male celebrities with whom she’d want to go on a date. Not only did Jun So Min describe herself as having “become a fan of GOT7’s Jinyoung,” but in another episode, she declared, “I want to meet GOT7’s Jinyoung again [on the show].”

On the next episode of “Running Man,” Jun So Min finally gets her wish—but as soon as Jinyoung steps onto the set, she becomes adorably flustered and makes everyone laugh at her obvious nervousness. After she attempts to hide behind Song Ji Hyo, Song Ji Hyo asks in amusement, “Why are you sticking to my side like this?”

Meanwhile, Jinyoung gratefully shares that his mother has kept him up-to-date on Jun So Min’s fangirling by informing him whenever the actress mentions him on “Running Man.” The idol-turned-actor explains, “My mother has sent me links to articles [about Jun So Min] and said, ‘This person is cheering you on.'”

The producers of “Running Man” also tease that later on in the show, Jinyoung attempts to come up with an acrostic poem in satoori (regional dialect) dedicated to Jun So Min. 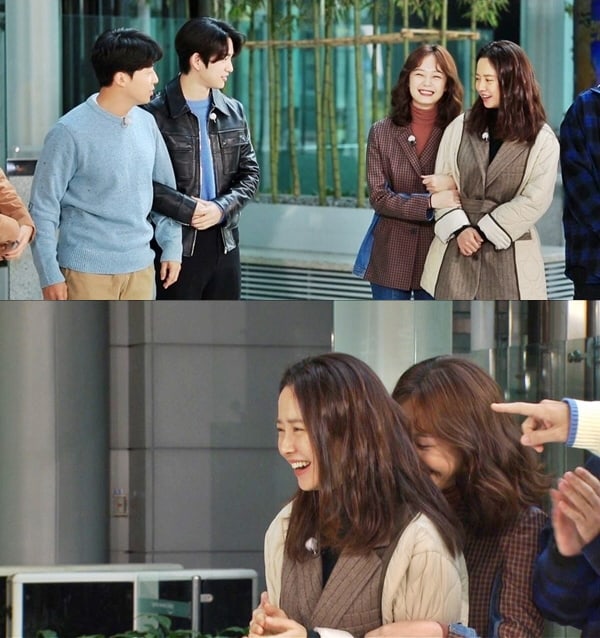 To catch Jinyoung and Jun So Min’s long-awaited reunion, tune in to the next episode of “Running Man” on November 17 at 5 p.m. KST!

In the meantime, watch the latest episode of the show with English subtitles below:

GOT7
jun so min
Running Man
Jinyoung (GOT7)
How does this article make you feel?