Watch: Bentley Hilariously Attempts To Feed William Instead Of Baby Kangaroos On “The Return Of Superman”

William and Bentley made some furry new friends in Australia!

On the November 17 episode of KBS 2TV’s “The Return of Superman,” Sam Hammington and his two sons enjoyed a fun trip to his home country of Australia.

While visiting the zoo together, the trio arrived at an exhibit where they were able to pet and feed baby kangaroos. William said, “They’re so cute!” and Sam Hammington reminded them, “[The kangaroos] live here, so we have to be the ones who are careful.”

Sam Hammington then showed his sons how to feed the kangaroos by letting the animals eat food out of his hands. Bentley, however, grabbed the feed and held the out to the kangaroos in his fist. When his dad told him that wasn’t how it was done and asked him to open his hand, all of the food fell onto the grass.

Suddenly, Bentley turned around and ran over to William, holding some of the food out for him to eat. His older brother said with a smile, “But I’m not a kangaroo!” 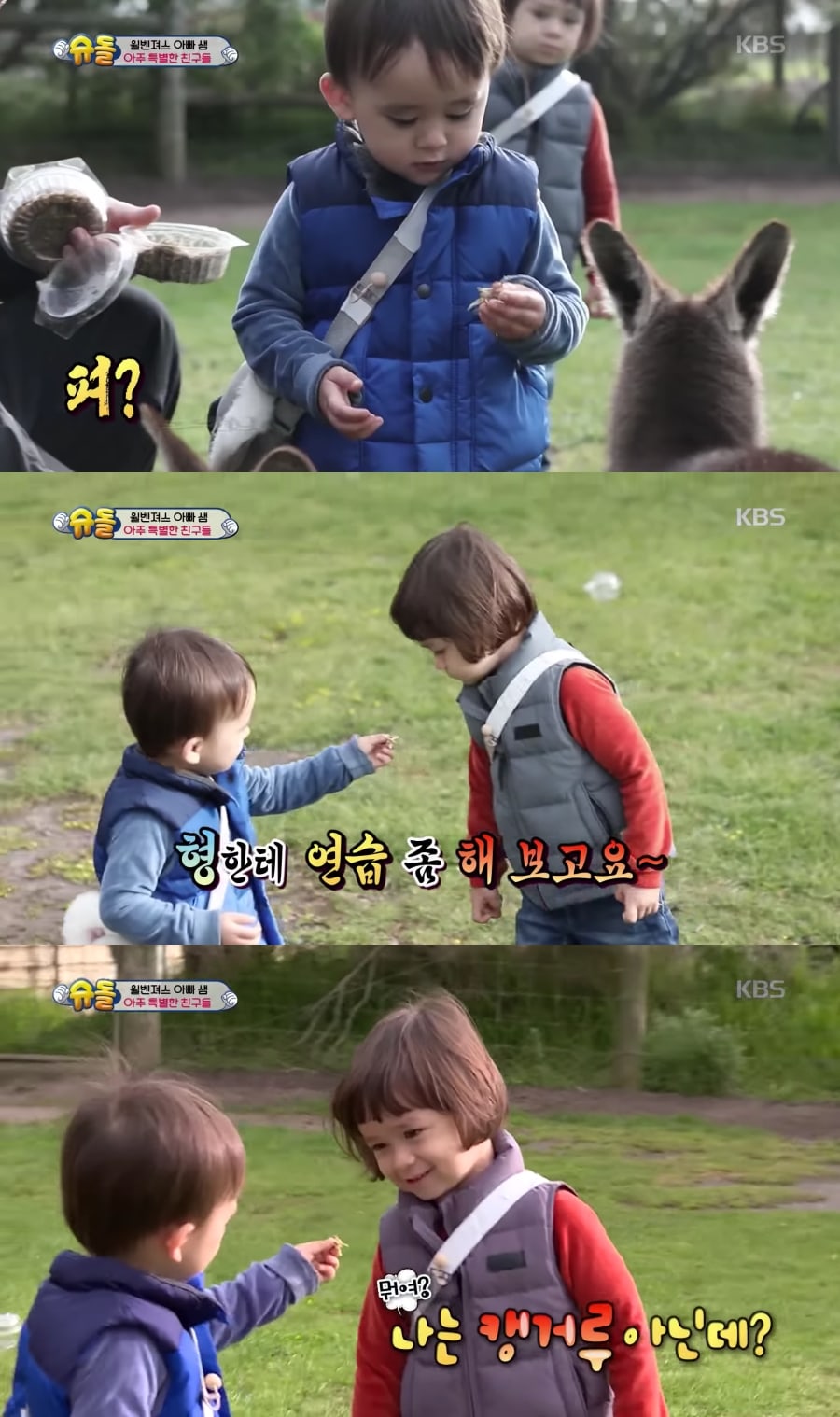 William successfully fed kangaroos by following his dad’s directions, but Bentley still struggled to do so. Out of frustration, Bentley put the feed in his own mouth, and his dad ran after him to make him spit it out. When Sam Hammington asked him if it tasted good, Bentley surprised him by saying yes.

After several attempts, Bentley finally learned how to feed the kangaroos from his palm. He was ecstatic once he got the hang of it, and he ran to feed them with a smile on his face.

Check out the adorable clip of William and Bentley spending time with baby kangaroos below!

Watch last week’s episode of “The Return of Superman” now: