During the November 17 episode of the variety show, the cast members and guests were filming in the SBS building’s lobby when they suddenly spotted Park Jung Min leaving the station on the other side of the hall.

As the “Running Man” cast excitedly ushered him over to where they were filming, Yoo Jae Suk exclaimed in surprise, “What’s Jung Min doing here?” Lee Kwang Soo explained that the actor, who starred with him in the recent film “Tazza: One-Eyed Jack,” was at the station to serve as a special DJ for a SBS radio show. 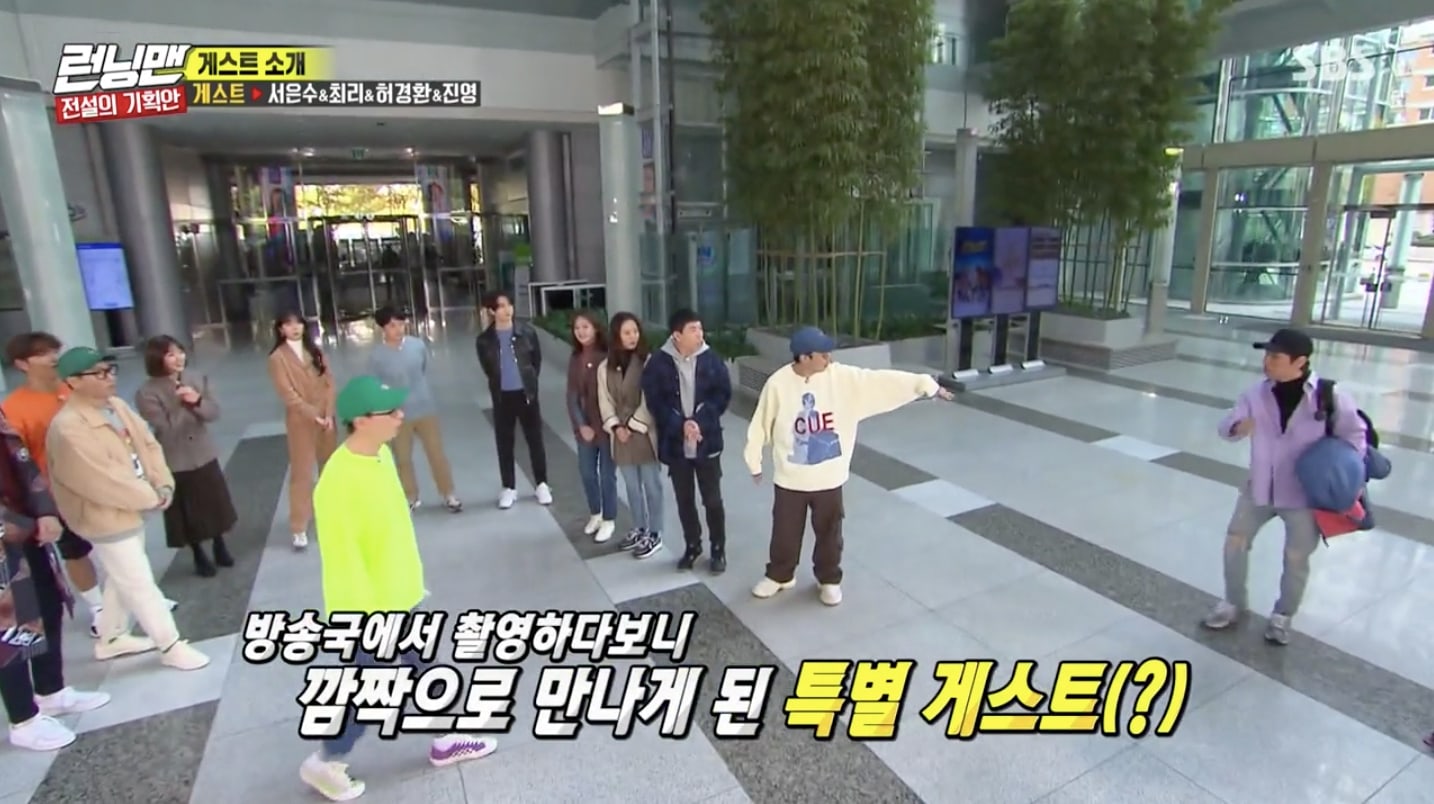 Park Jung Min was awkwardly exchanging greetings with the cast members when Lee Kwang Soo suddenly charged forward and grabbed him in despair. Pointing to his fellow castmates, who recently teased him about a scene in the movie in which he exposes his rear, he complained, “Hey, these people are always teasing me about ‘Tazza’!”

“It’s a good thing you’re here!” he shouted, urging Park Jung Min to come to his defense as everyone around them cracked up. “These people are the real one-eyed jacks!” 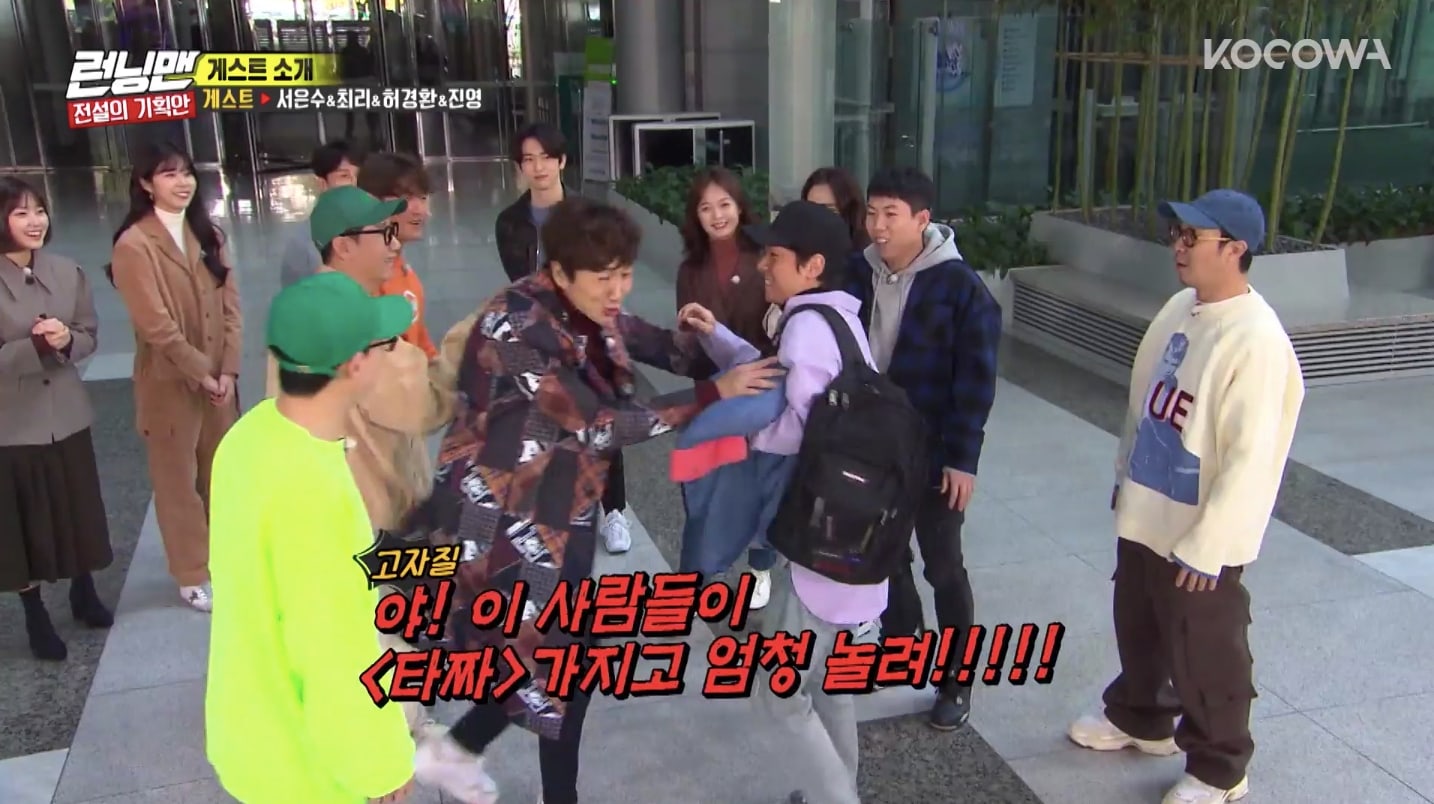 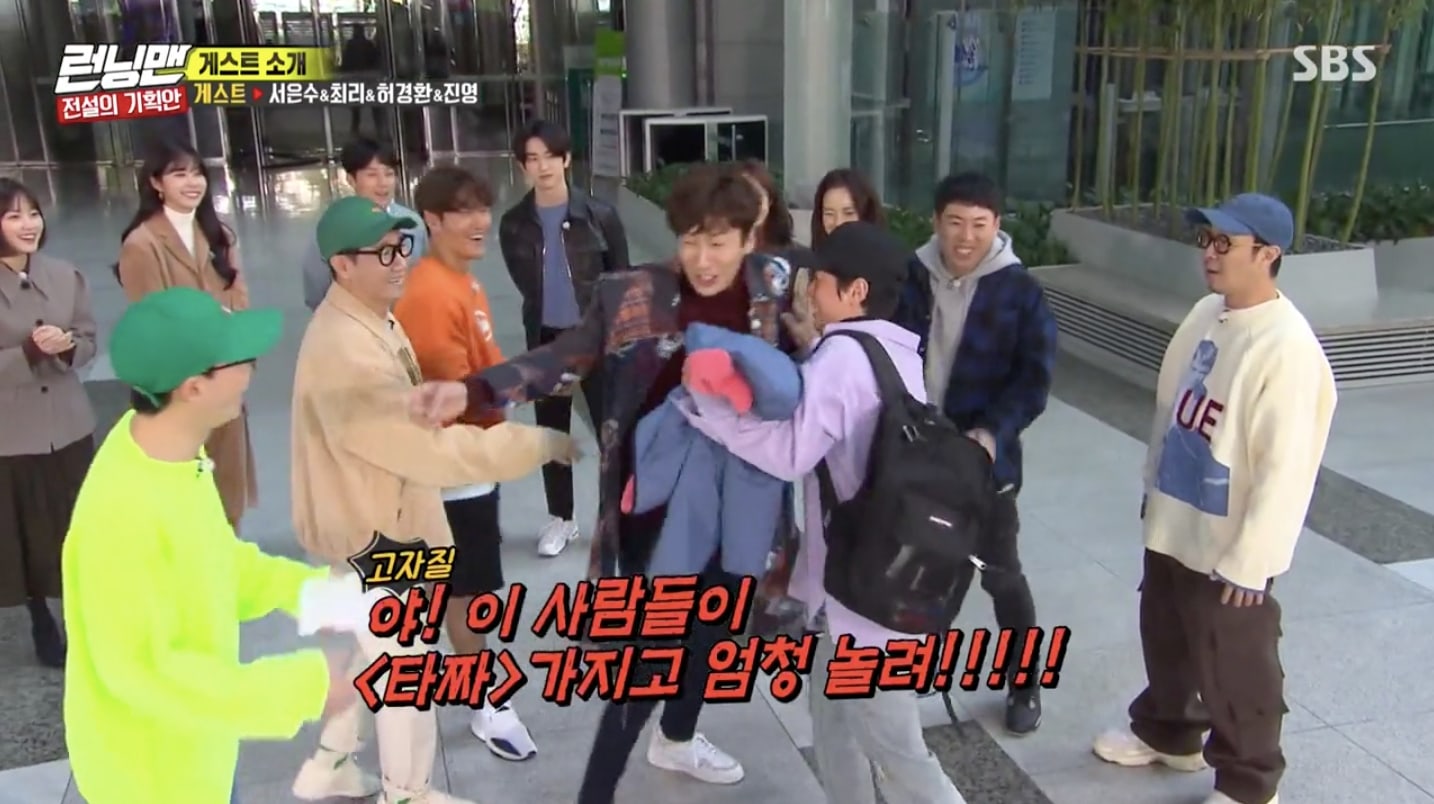 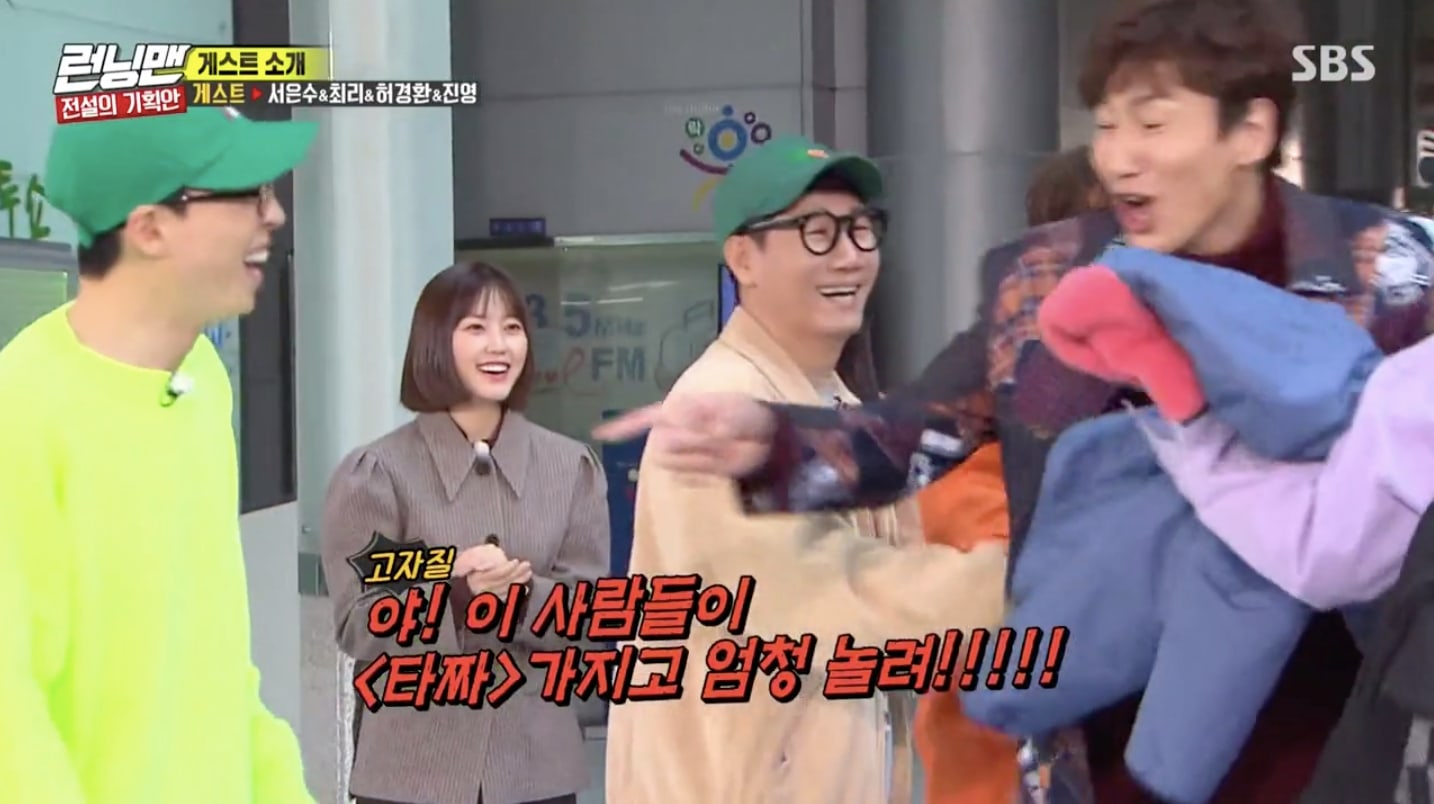 In response, Park Jung Min jokingly pretended to fight the other “Running Man” members to defend Lee Kwang Soo’s honor, grabbing both Kim Jong Kook and Yoo Jae Suk by the collar while trying not to laugh. 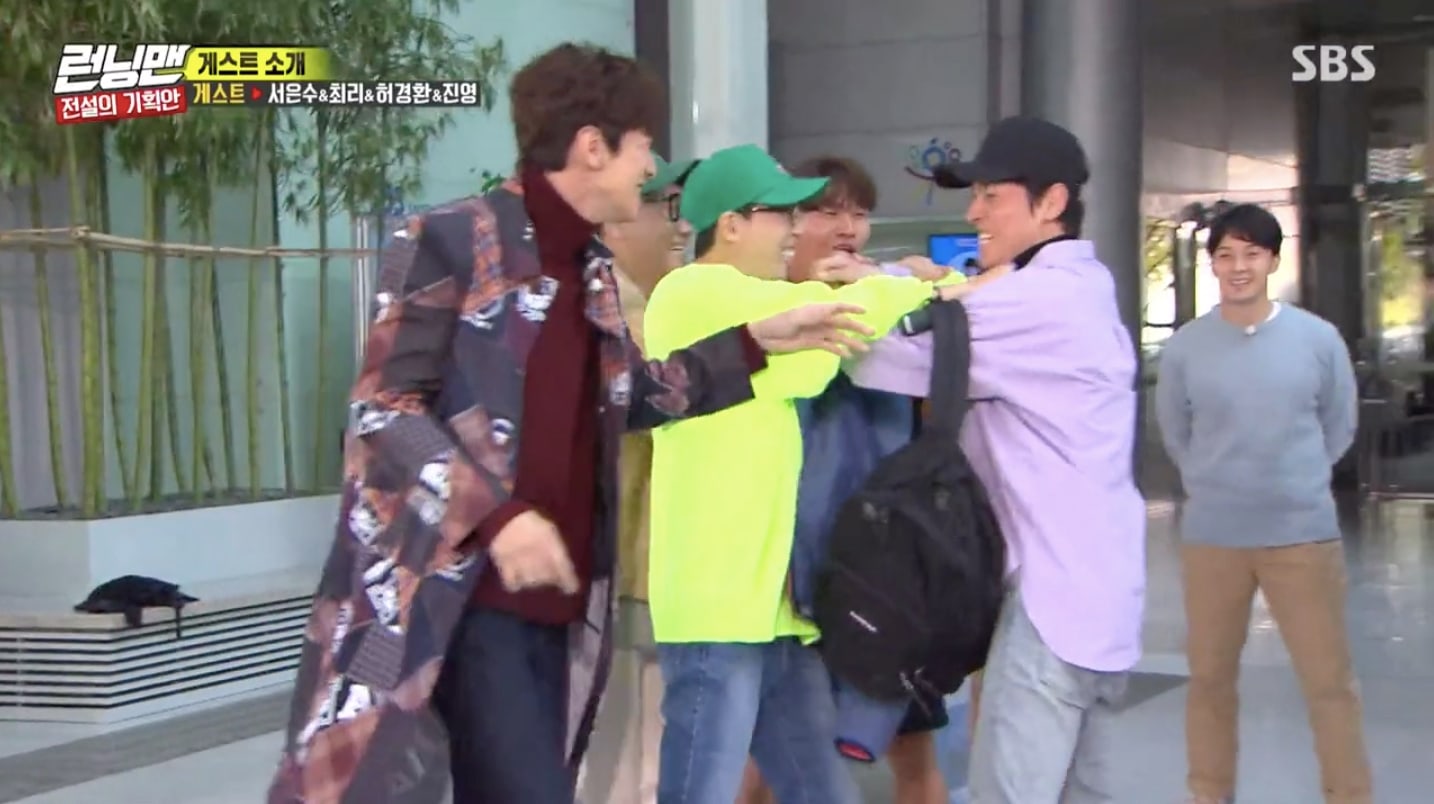 After the theatrical “showdown” between Park Jung Min and the “Running Man” cast, Kim Jong Kook and Ji Suk Jin gratefully thanked the actor for taking the time to stop by and briefly appear on their show.

Yoo Jae Suk chimed in, “I really enjoyed [the movie],” and Park Jung Min responded with a smile, “Please say lots of good things about it.” 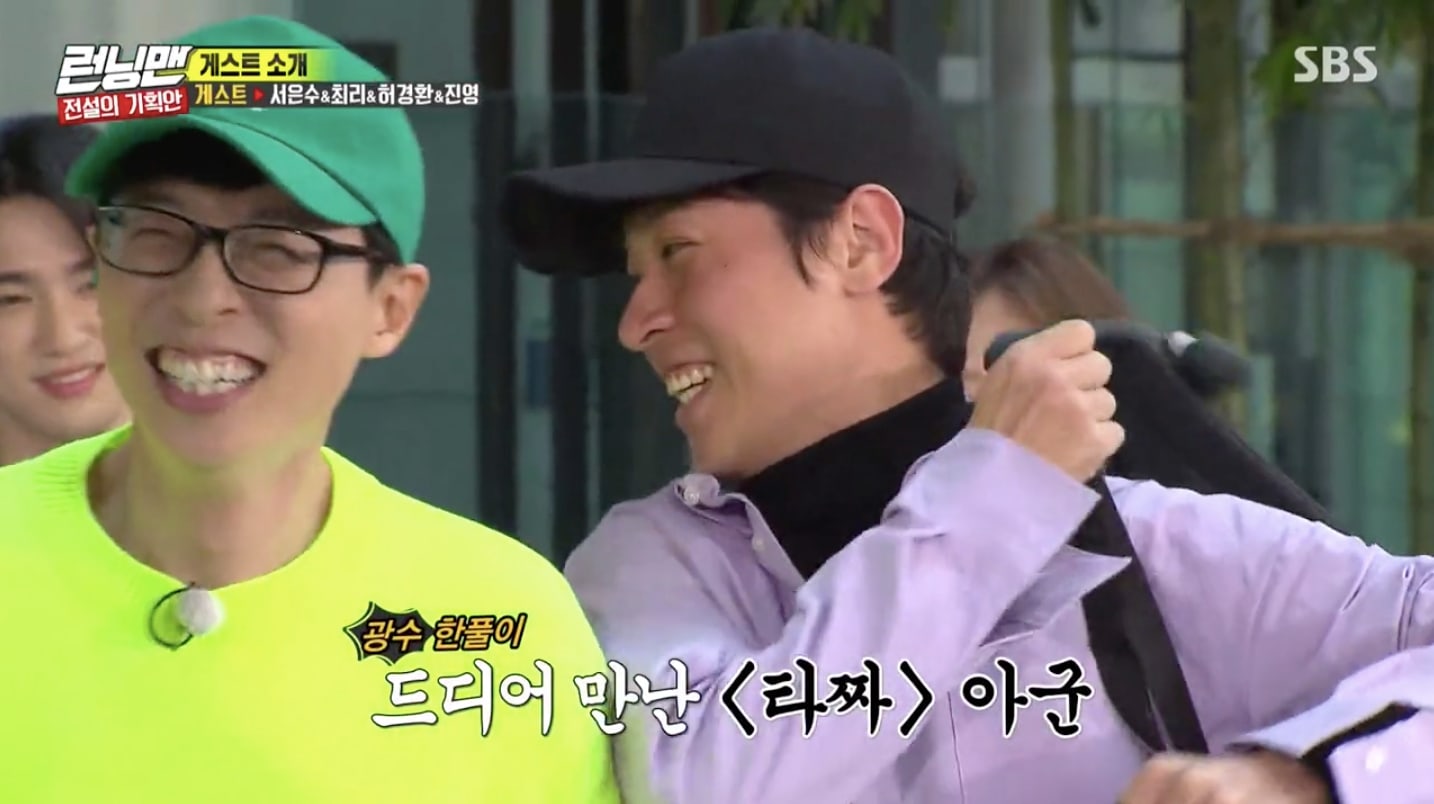