KBS’s “2 Days & 1 Night” has officially confirmed the programming for its upcoming fourth season!

The popular variety show is returning this December with a new cast lineup, and on November 18, KBS announced that the program would be airing in a new time slot as well. Season 4 of “2 Days & 1 Night,” which will feature Kim Jong Min, Yeon Jung Hoon, Moon Se Yoon, Kim Seon Ho, DinDin, and VIXX’s Ravi as its cast, will air on Sundays at 6:30 p.m. KST.

The producers of the show also tease that the upcoming season will feature even “realer” laughs than previous seasons, promising that the program will maintain its trademark sense of humor while upping the intensity of its signature games. 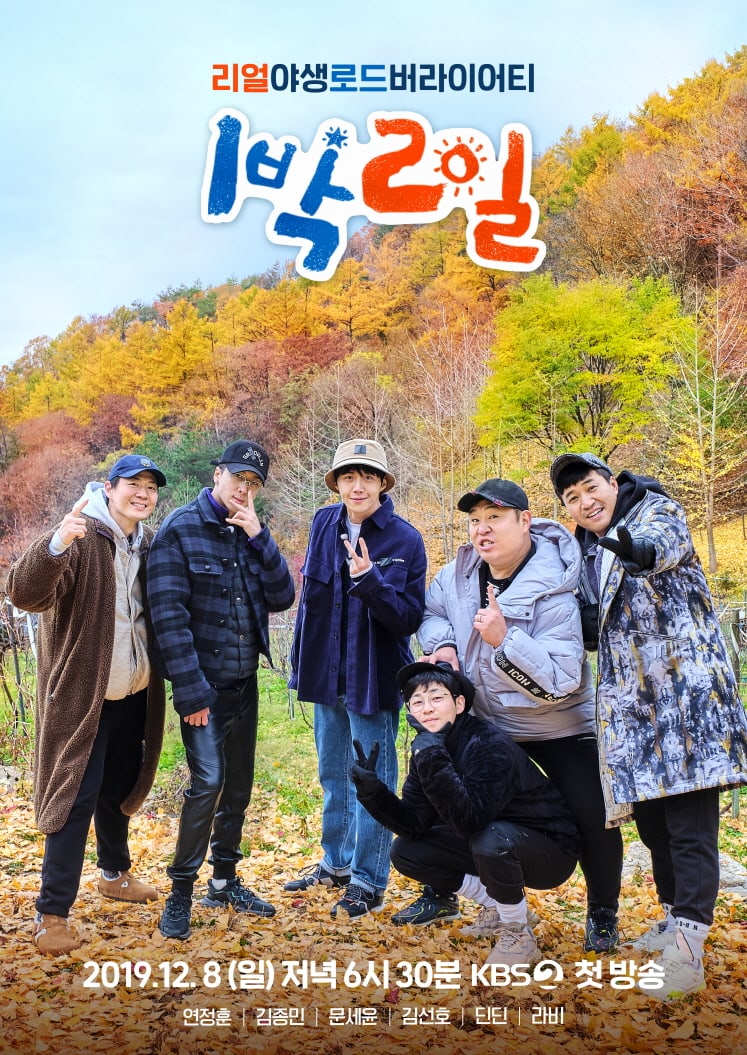 While you wait, you can also watch the last episode of Season 3 with English subtitles below: