“VIP” has released new stills that foreshadow unpredictable twists in the upcoming episodes.

The SBS drama has been luring in viewers with a thrilling story about people who have doubts about each other but still work together as a team.

On the same night, Na Jung Sun went to the company to deliver a late night snack to Park Sung Joon who was working late. She was shocked to find her husband comforting a sobbing Lee Hyun Ah. The episode ended with the three of them making eye contact, piquing viewers’ curiosity about the truth.

In the newly released stills, Na Jung Sun and Lee Hyun Ah are engaged in a tense staring war. They are having a conversation in the meeting room alone after the encounter from the previous episode. Na Jung Sun shoots an icy glare at Lee Hyun Ah, and Lee Hyun Ah doesn’t back down as she stares back with equal coldness.

The confrontation was filmed in June at a furniture interior gallery located in Incheon. During the shooting, the two had to express their emotions in a different way than before. They tried to bring up their emotions to the strongest point by analyzing the scene and adjusting the tone of their lines.

When filming began, Jang Nara portrayed the betrayed and shocked emotions of her character, while Lee Chung Ah expressed Lee Hyun Ah’s deep-seated feelings about Na Jung Sun. The extreme emotions portrayed by the two actors made everyone hold their breaths in awe.

The production crew commented, “Jang Nara and Lee Chung Ah made everyone shiver with their detailed performance that was different from the script.” 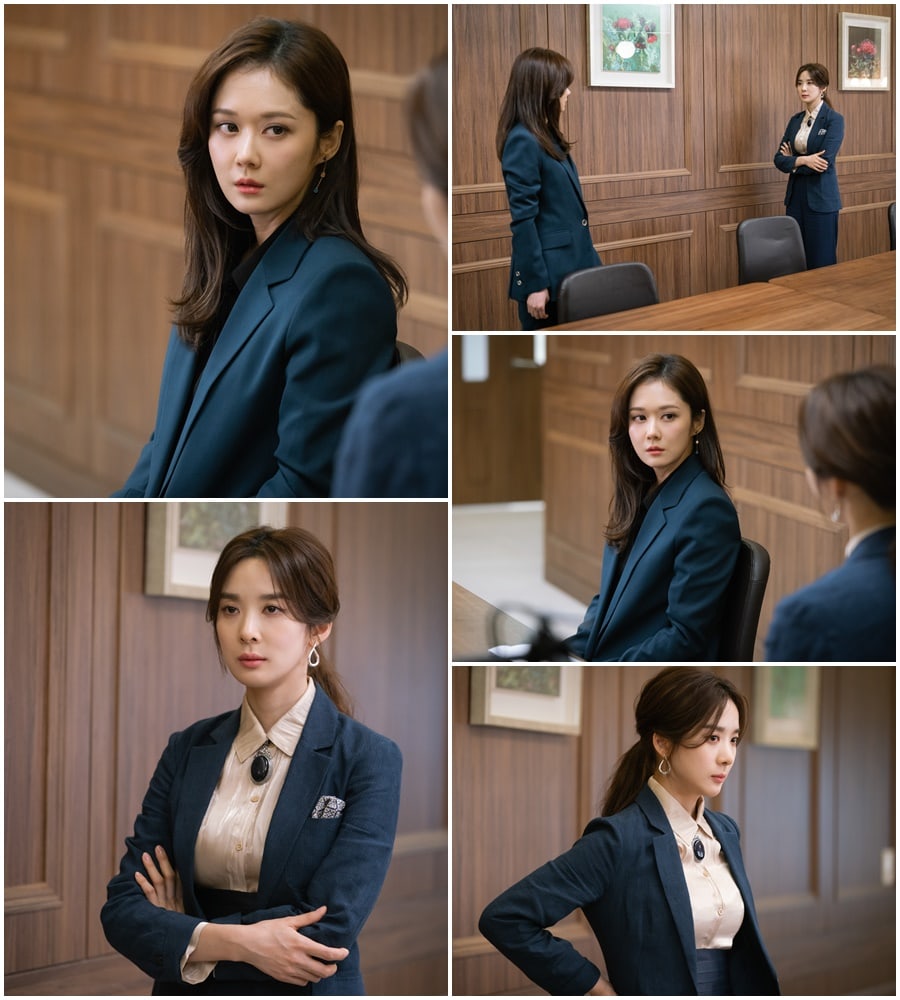 First off, Na Jung Sun can be seen facing her mother (Kim Mi Kyung) with a cold, distant expression. It is the first time Na Jung Sun is seeing her mother after her parents’ divorce. Na Jung Sun, who is feeling a mixture of affection and anger at her mother who had suddenly appeared, is having difficulty managing her facial expression. The situation raises questions about what kind of scar she has and what impact her mother has had on her life.

In one past photo of their younger days, Lee Hyun Ah and Park Sang Joon are gazing at each other, and in another photo, they are staring in the same direction with smiles on their faces. The two of them had actually known each other before they came into the team, and the history of their hidden past is already intriguing viewers.

In more photos, Song Mi Na (Kwak Sun Young) is having a private meeting with Bae Do Il (Jang Hyuk Jin). Previously, Song Mi Na had declared she no longer wanted to be a working mother and even ran away from home, but she then sent an strange text to Park Sung Joon. Her every move has become the focus of attention because of her unexpected actions.

Last but not least, On Yu Ri (Pyo Ye Jin) is at the hospital shedding tears for someone who is ill in bed. This is the scene where she heads to a mysterious hospital after work instead of going home. Her questionable behavior raises questions about who she came to meet, why her closet is full of expensive items unlike her claim that she has been living a difficult life, and why she went to a hotel to see Ha Jae Woong (Park Sung Keun) late at night.

With Pandora’s box about to be opened, the production crew hinted, “Starting this week, the secret of each character will be unraveled, resulting in more twists and shocks.” 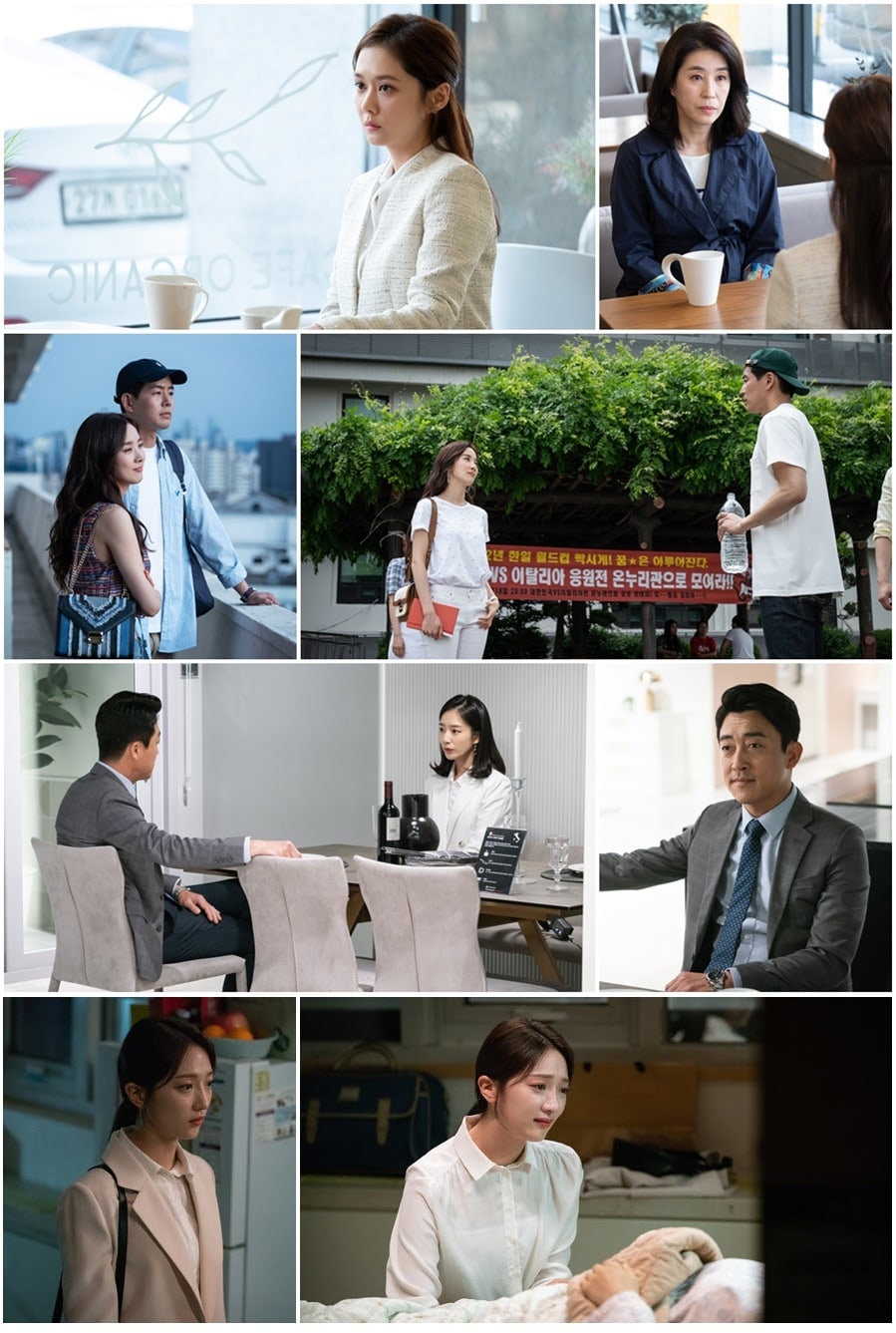