The new stills show Namgoong Min and Park Eun Bin sharing a meal together. Although they are in a comfortable restaurant, the atmosphere between the two is less than ideal. Namgoong Min plays his character coming off as aloof, despite his attempt at a conciliatory smile, and Park Eun Bin is clearly on her guard against him. 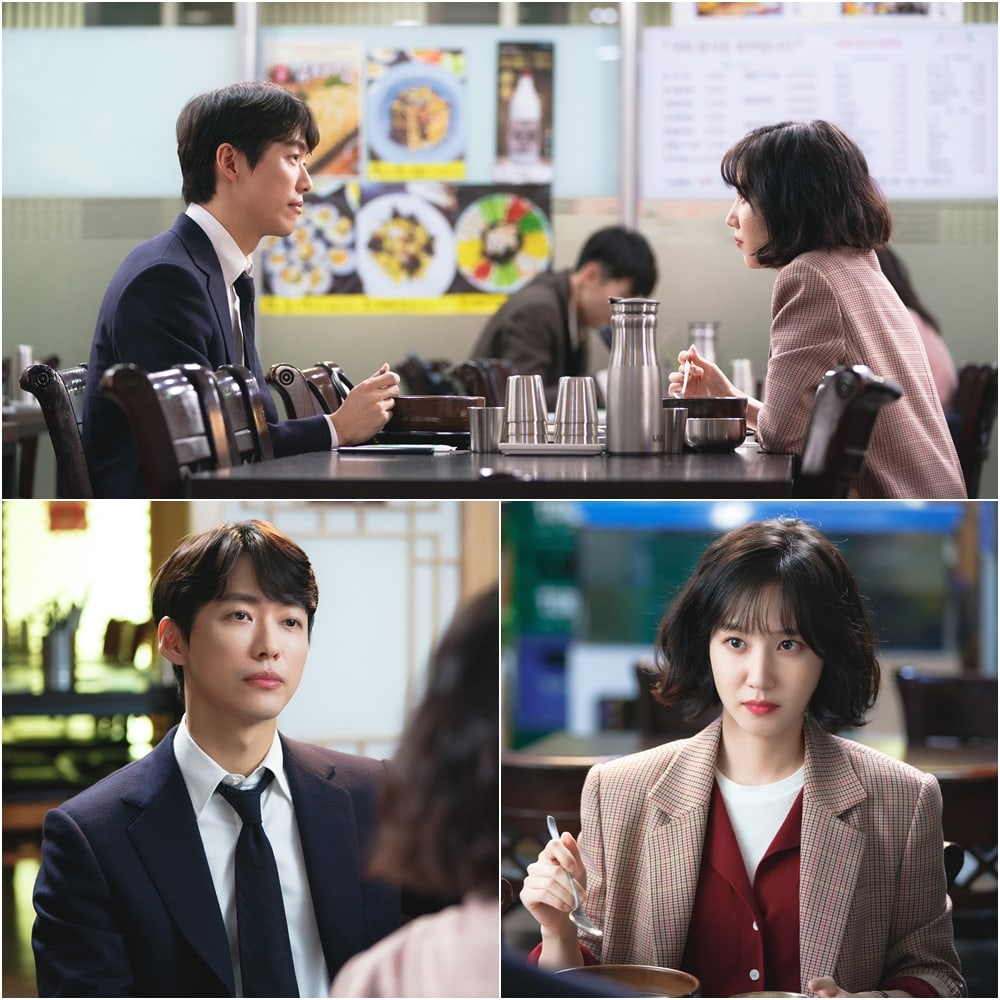 This scene was filmed in October at a restaurant in Seoul. The two actors are known for being respectful on set and greeted each other immediately when they arrived. When it came to rehearsal, both the actors had gone so far as to practice their scene partner’s lines in the script, and when the cameras turned on, they got into character right away.

The production staff stated, “When we first saw Namgoong Min and Park Eun Bin act together, we realized that this is why people praise their names. They both changed their hairstyles in order to portray a new side of their acting, so please look forward to seeing their passion onscreen.”