Park Hyung Sik surprised by appearing at the 40th Blue Dragon Film Awards during his military service, wearing his uniform!

The actor enlisted on June 10, and he is now serving as an active duty soldier in the military police department of the Capital Defense Command.

On November 21, he took part in the 40th Blue Dragon Film Awards and received one of four Popular Star Awards, along with Girls’ Generation’s YoonA, Lee Kwang Soo, and Honey Lee.

When Park Hyung Sik took to the stage to receive the award, he first greeted everyone by saluting. MC Kim Hye Soo asked him what role he’d like to take on after he’s discharged from the military, and he joked, “I’m currently serving in the military, so I think I could take on any role, no matter what it is. I’d do whatever I’m told.”

“I have a year left,” he added. “I’ll keep working hard to improve.” 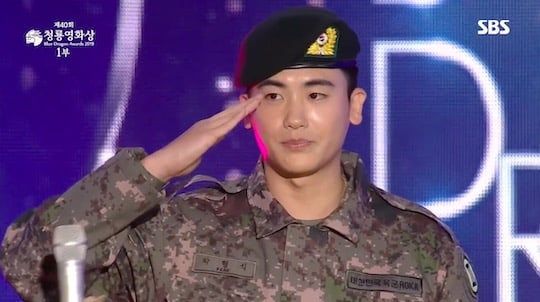 While on stage during the show, Park Kyung Lim pointed Park Hyung Sik out in the audience and joked that he was easy to find because of his uniform. 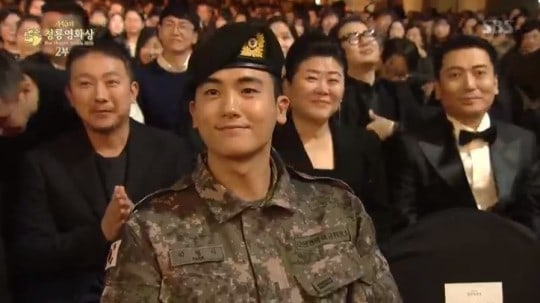 She asked Park Hyung Sik to greet everyone and then roped Jung Hae In into it as well, and the pair stood up and gave a military salute to the camera. 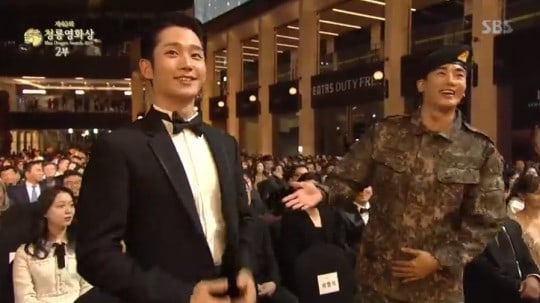 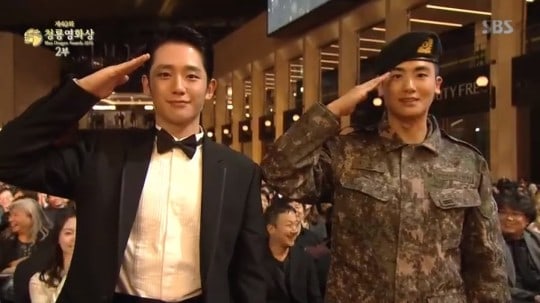 Another face that many were thrilled to see at the award ceremony was Kim Woo Bin, who made his return after a hiatus of over two years due to health issues.

Check out the full list of winners from the night here!