Eric Nam appeared as a guest on the November 22 broadcast of MBC FM4U’s “Good Morning FM With Jang Sung Kyu.”

When DJ Jang Sung Kyu commented that Eric Nam doesn’t really get many negative comments, the singer said, “I do my best to forget about them. I do see negative comment at times.”

He said, “Occasionally there will be comments like, ‘You’re ugly,’ or ‘You can’t sing.’ Because everyone has their own tastes, I don’t dwell on it.”

He also partially attributed his ability to forget about comments to his memory. “My memory is really bad. What’s right in front of me is most important, so I focus on other things [and not negative comments]. I’d rather look forward than at negative comments.”

Eric Nam also talked about the phrase “one Eric Nam per family,” which praises his manners and personality. The DJ asked whether he has ever thought about changing his image, and Eric Nam said, “I have. But I’m so thankful for the phrase ‘one Eric Nam per family.’ I think the phrase came to be because of everyone’s love. It is true that when I see your YouTube channel, you just say everything that’s on your mind, and I want to try doing that, too. I think one day I will also be able to create content where I might make mischievous comments and even cross lines a bit.” 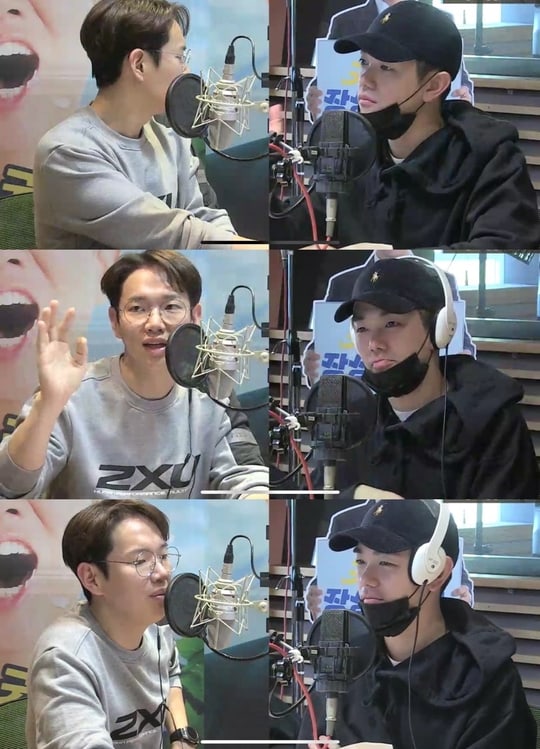