TV Chosun’s upcoming drama “Queen: Love and War” unveiled a poster and teaser ahead of its premiere.

The main poster features Jin Se Yeon as Kang Eun Bo and Kim Min Kyu as Lee Kyung. They are both smiling radiantly as they take a walk in the palace in their royal robes. Kang Eun Bo gazes at Kim Min Kyu with eyes full of love while Lee Kyung gazes into the distance with a grin of confidence.

This poster was shot in the city of Goyang located in Gyeonggi Province on October 8. Kim Min Kyu, who was posing first, loudly called Jin Se Yeon, “Eun Bo,” making her burst into laughter. The two lead actors spoke freely to each other and discussed each scene in detail to perfect the photos. With their teamwork and brilliant smiles, they were able to create a sweet poster that matches the graceful background.

The production crew commented, “Jin Se Yeon and Kim Min Kyu are currently focused on filming and immersing in their roles. Please look forward to the drama as well as the passionate acting of the two people who will portray intense but wonderful lives.” 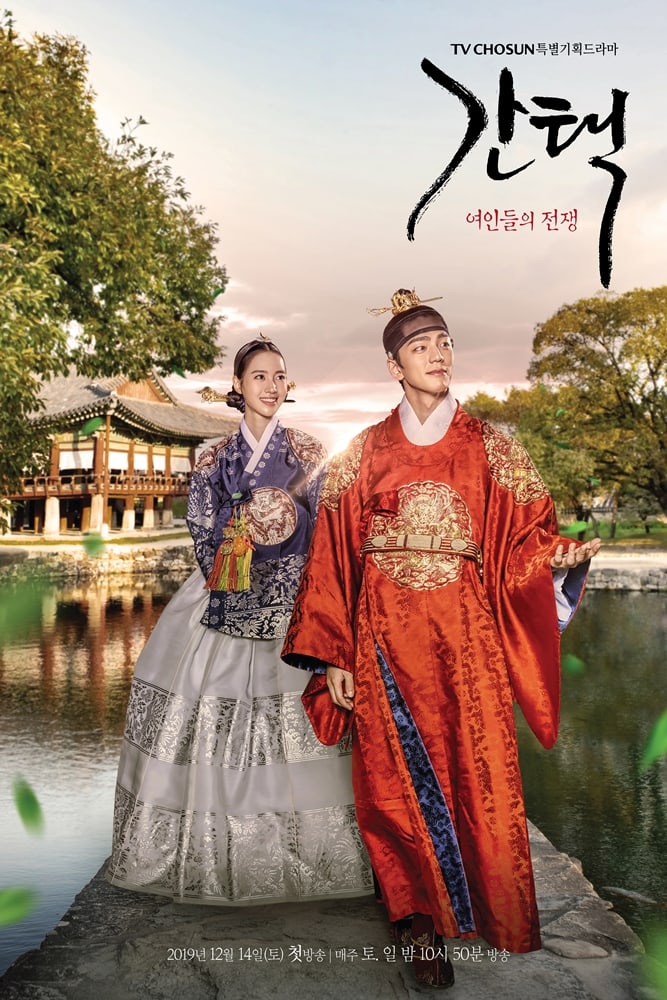 Meanwhile, the teaser reveals the childhood of a boy and girl who were innocently in love with each other. The boy grows up to be the young King Lee Kyung, and he reminisces about his late queen, saying, “She keeps lingering by my side in my dreams and in my memories.” He wakes up from his nightmare at the sound of a gunshot as someone shouts, “No!”

Then in the middle of a late night walk, Lee Kyung witnesses someone who looks exactly like his late queen. He claims it is her, and the palace seems to be in chaos as the Queen Dowager (Jung Ae Ri) demands, “She’s alive?”

Kang Eun Bo vows revenge against the person who is behind the death of her parents and twin sister. Someone advises her to achieve power by climbing as far up the hierarchy as she can. It seems like the highest rank she can climb up to is that of the queen, so she enters the selection process to be the chosen one. Lee Kyung spots her among the candidates and calls, “My Queen.” Kang Eun Bo gazes at him with an expression that can’t be read, and viewers are already curious about what will happen next.

The production crew promised, “A fantastic, intense, and storm-like palace survival [story] will begin. Please look forward to the powerful explosion of energy created by the actors’ acting transformations.”